India to require refiners, fertiliser plants to use some green hydrogen

India hails 'milestone' for its renewables capacity, but challenges remain

India is targeting 450 GW of renewable capacity by the year 2030.

"Renewable seems to be making lots of business since today and we are looking at the possibility of inorganic investment in renewables," Kumar told an analysts' conference, after the company's June quarter earnings.

India has set up ambitious target to raise its renewable capacity to 450 GWs by 2030 from the current 100 GWs to cut dependence on thermal power generation and reduce pollution.

ONGC has signed a memorandum of understanding with the country's top utility NTPC Ltd (NTPC.NS) to study the setting up of offshore wind and other renewable energy projects in India and overseas.


Kumar said his company is looking to rope in foreign partners for exploring new areas, including its deepwater oil and gas block in the east coast to monetise the reserves quickly.

On August 6, Moneycontrol had reported that the US Securities Exchange Commission or SEC (the equivalent of India’s market regulator SEBI) had given the crucial regulatory nod to the mega $8 billion SPAC transaction between ReNew Power and RMG Acquisition Corporation II. The shareholder vote is... 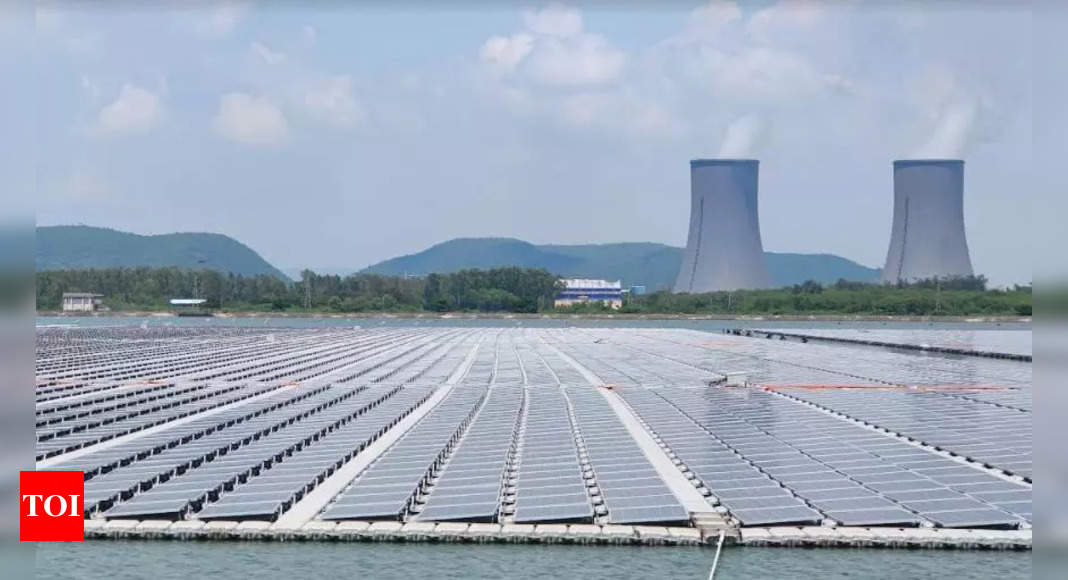 Recently India crossed the 100 GW mark of installed renewable energy capacity, and now stands at “4thposition in the world in terms of RE capacity, 5th in solar and 4th in wind capacity.” Majority of solar capacity installation depends upon import of cells and modules given limited manufacturing capacity in India. Recognizing this and with expected potential of future capacity growth, the central government announced a ‘Performance Linked Incentive’ scheme for achieving manufacturing capacity of Giga Watt scale in High Efficiency Solar PV modules.

Nevertheless, India currently has 8.2 GW per year manufacturing capacity, with the largest number of facilities located in the state of Gujarat, followed by West Bengal, Telangana and Karnataka. Largest module manufacturing at a single location is 1.1 GW facility owned by Mundra Solar Pvt Ltd.

A lot of grid connected battery systems coming up:

India to call bids for battery storage system in Ladakh

The lowest so far had been Rs 2.36 per unit which was reached in an auction (also conducted by SECI) in July. Over 5700 MW of bids were received for the 1070 MW tender. 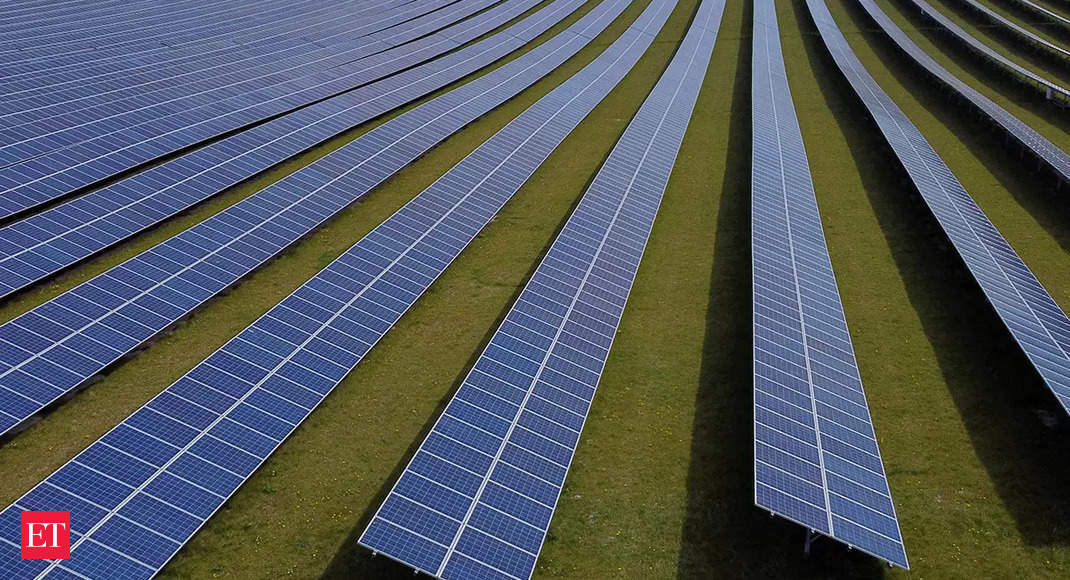 The plan, called 'One Sun, One World, One Grid' (Osowog) - a transnational solar power grid - will be projected as a game changer to help meet climate change goals. ET has gathered that high level discussions are on regarding the proposal.

The Americans are advertising our renewable energy push as their work in the UN. What exactly is their contribution ? Funding ? Not gonna happen. Tech transfer ? They would rather sell us stuff than do TOTs. Even in selling solar panels China is way ahead. Our own production capacity for solar panels is growing quickly.

We have signed an agreement for a joint working group on Solar energy with the US in September 2021. And with in a month our national goal set by our PM became an US environment/climate commitment in the UN. The absolute state of affairs. This joint working group is likely another talk shop nothing will come from it.

Remember US-India joint working group on Jet engine tech, aircraft carriers, drones etc. ? What was the tangible outcome from those groups ? Nothing. We will get nothing tangible & they will parade themselves as the messiahs that helped transform India's energy sector.
Reactions: jetray and SammyBoi 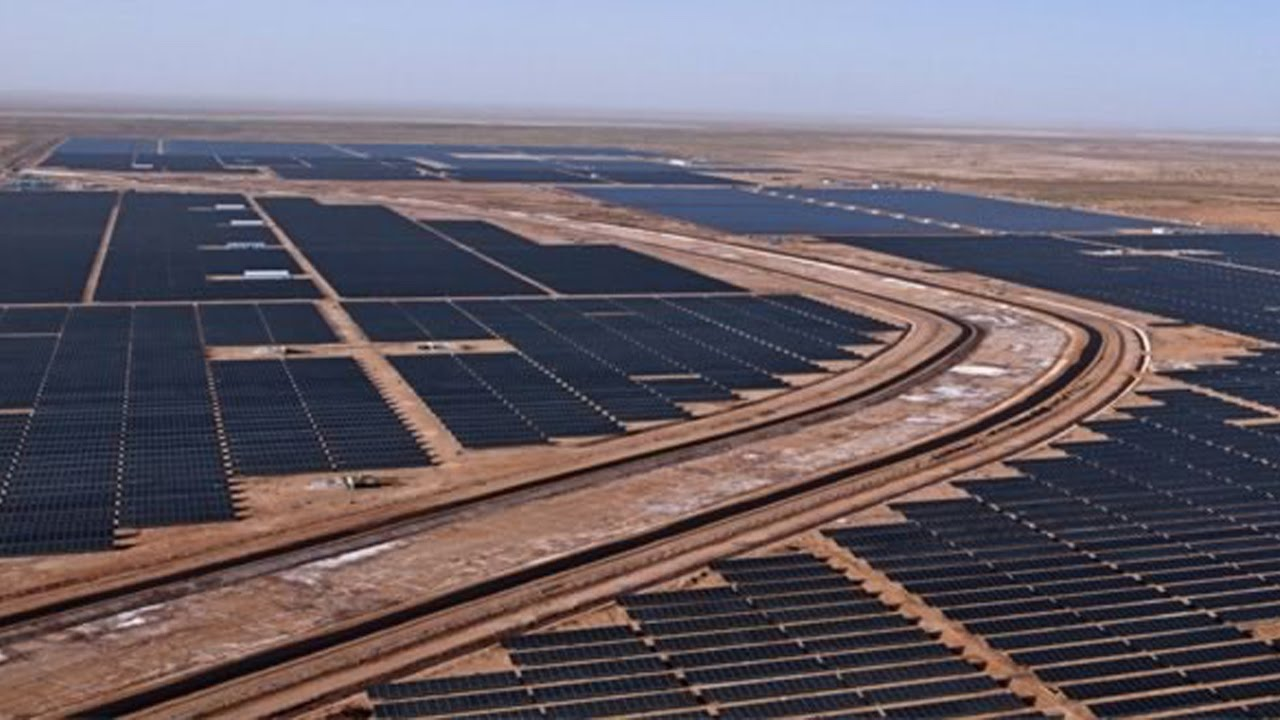 Synopsis
Coal has effectively become India's swing producer of electricity, rising to new peaks in periods when demand is high and renewable power low, but slumping deeply when demand falls and renewable energy's contribution rises.​
If India keeps installing solar capacity at the rate it's achieved for the last three months, coal-fired power could peak in the 2023-24 financial year, and increased solar generation alone could meet the country's growing electricity requirements in subsequent years.

India's electricity demand has surged and slumped in recent months as the economy revives in fits and starts, but the fact is that coal-fired power is increasingly sensitive to the performance of renewable energy.


In recent months thermal generation has swung between a daily low of just over 2.0 TWh on August 1 (when renewable energy and hydroelectricity provided 38% of India's electricity), to as high as 3.2 TWh just over two weeks later when renewable energy and hydro made a smaller though still impressive 25% contribution to the grid.​
But while the variable nature of renewable energy is well known and the financial fortunes of coal-fired power are increasingly tied to its generation level, it is a recent change in a different number that may prove decisive in determining how soon coal's contribution to India's electricity reaches its peak. That number is the rate at which the country is installing new solar capacity.

Calendar year 2020's pandemic conditions saw new solar installations fall to an average of just 411 MW per month, compared to 665 MW per month as the average since January 2017. But since May this year there has been a very strong rebound. A total of 1,248 MW of solar capacity was added in June, followed by an additional 1,605 MW in July, rising again to 1,672 MW in August.

This average of 1,508 MW per month for the last quarter does more than simply double the long-term installation rate - it shows just how close India could be to capping thermal generation. If this installation rate continued, solar capacity would reach 109 GW by March 2024, generating some 87 TWh of additional power annually, enough to meet all of India's electricity generation increase, based on the latter's 5.7% annual growth rate over the decade to 2019.

Some other adjustments would be needed if coal-fired power were to peak and subsequently decline. Daily peak demand has been rising faster than daily energy, meaning that thermal plants would increasingly have to be deployed to meet the daily peak, as would hydroelectric generators, without increasing their overall output.

Additional pumped storage and India's first set of grid-scale batteries would also support the peak, along with the development of a time-of-day pricing structure to incentivise demand response management by industry and consumers.


Whether the actual installation rate matches, falls short of, or exceeds this rate will come down to the determination of the Indian government. The current rate would comfortably meet the 60 GW ground-mounted component of the 125 GW renewable target for 2022, but not quite match the average rate needed to hit the 280 GW solar component of the 450 GW 2030 goal.​
What the last few months clearly demonstrate, however, is India's ability to now accelerate the installation of grid-scale solar fast enough to cap coal-fired power before the middle of the decade and potentially to see a gradual coal generation decline from that point on.

The recent lift in rooftop solar installs, along with increased development of wind and rounding out those nearly completed hydro power projects to which India is committed could make our timeline here conservative indeed ! 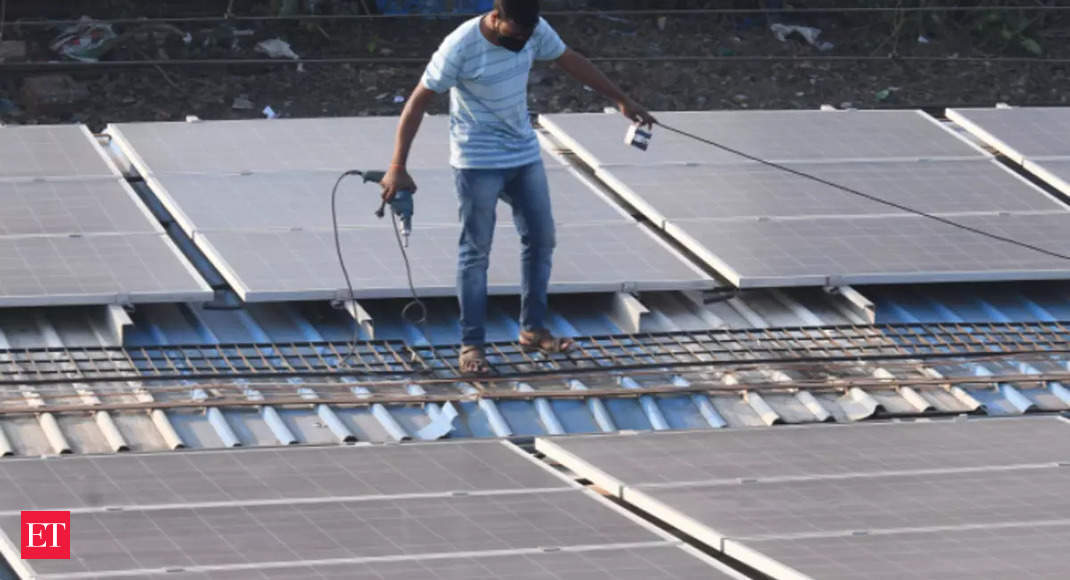 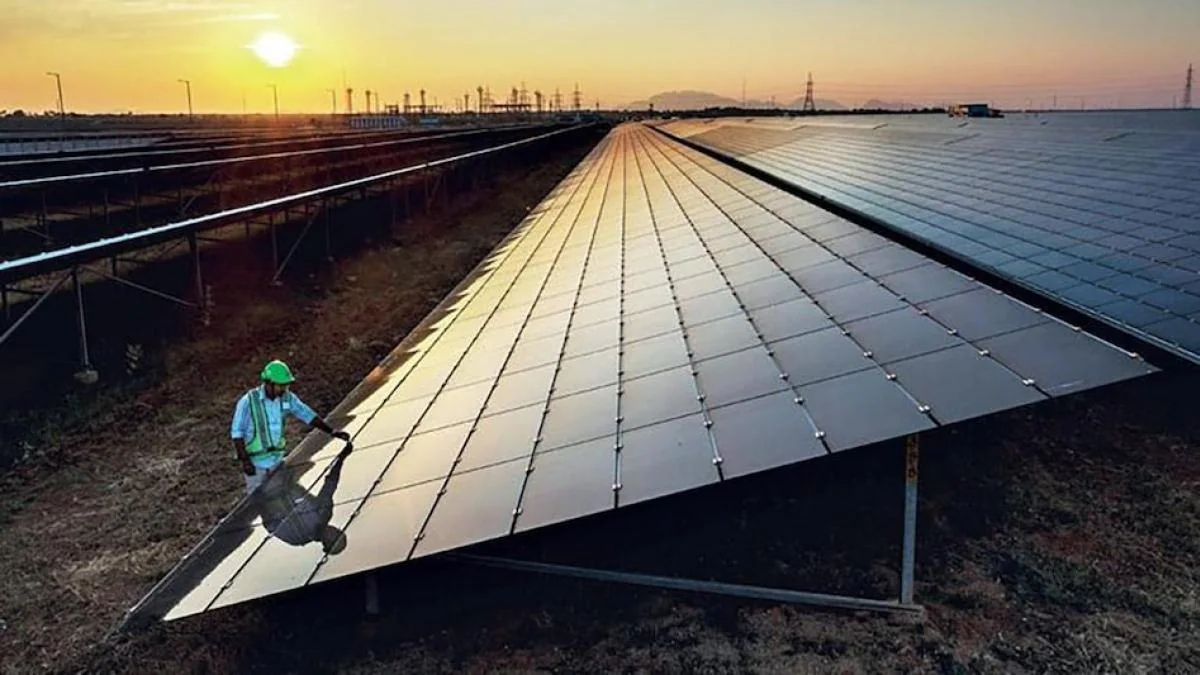 Reliance New Energy Solar (RNEL) is a four-month-old in a hurry. From two $1.14 billion acquisitions announced a few days ago to two more big-ticket deals in the past few hours, the wholly-owned subsidiary of Mukesh Ambani’s Reliance Industries (RIL) has been on an investment spree.


https://twitter.com/i/web/status/1447986893572820993
“(It) will accelerate product and technology development for NexWafe, including completion of the commercial development of NexWafe’s solar photovoltaic products on prototype lines in Freiburg,” said a midnight RIL press statement.

Moments later, it issued another release: RIL and Denmark-based Stiesdal had signed a cooperation agreement for technology development and manufacturing of Stiesdal’s HydroGen Electrolysers in India.

The serial deals seem to be replicating the 2020 pattern set by RIL’s tech subsidiary Jio Platforms. It is also aligned with Ambani’s vision to set up a 5,000-acre green energy giga complex named after his father in Jamnagar, Gujarat.

The Dhirubhai Ambani Green Energy Giga Complex will include four factories focused on the clean energy business. These include a battery-making unit and an integrated solar photovoltaic plant.

Referring to the Stiesdal deal, Ambani said, “It is an important step towards fulfilling our commitment to accelerate India’s transition to green energy benefitting from our vast solar energy sources and scaling up innovative and leading technologies to meet this objective.”

“It’s very encouraging to see how big corporates in India are making commitments and channeling investment into the clean energy space,” Vibhuti Garg, energy economist at the US-based Institute for Energy Economics and Financial Analysis, had earlier told Quartz.

However, can RIL’s push in the area repeat a Jio-like success ?

What Ambani did with Jio Platforms

In 2020, Jio Platforms raised over 1.52 lakh crore rupees ($20 billion) from investors, including Google and Facebook.

This helped it go debt-free in only 58 days and emerge as the strongest player in some significant sectors in India.

For RNEL, there is a similarly wide board to play. And the company seems to be placing its pieces well.

At 6,530 MW, the addition was a rise of 3 per cent compared to the year-ago period, the Bridge to India report said.

Gujarat added 2,256 MW capacity, the highest capacity during the said period, followed by Rajasthan and Uttar Pradesh which added 1,438 MW and 822 MW, respectively.

Vinay Rustagi, Managing Director, Bridge To India, said: "India's renewable sector has shown remarkable resilience in the face of multiple challenges last year. But investor confidence is still downbeat because there is tremendous policy uncertainty all around and execution risks are rising. It would be great to see more proactive support from the government for the distributed renewable market, which is likely to be hit the hardest."

Bridge to India is a leading consulting and knowledge services provider in the Indian cleantech market.