A bridge too far: Losses at the Seversky Donets crossing now over 70 vehicles and up to 1,000 personnel.

In a few weeks Russians will just declare mission accomplish with whatever they have and demand a ceasefire. They really are a funny bunch,

Innominate said:
In a few weeks Russians will just declare mission accomplish with whatever they have and demand a ceasefire. They really are a funny bunch,

In another 80 days their only objective will be trying to put out Siberia.
Reactions: Innominate 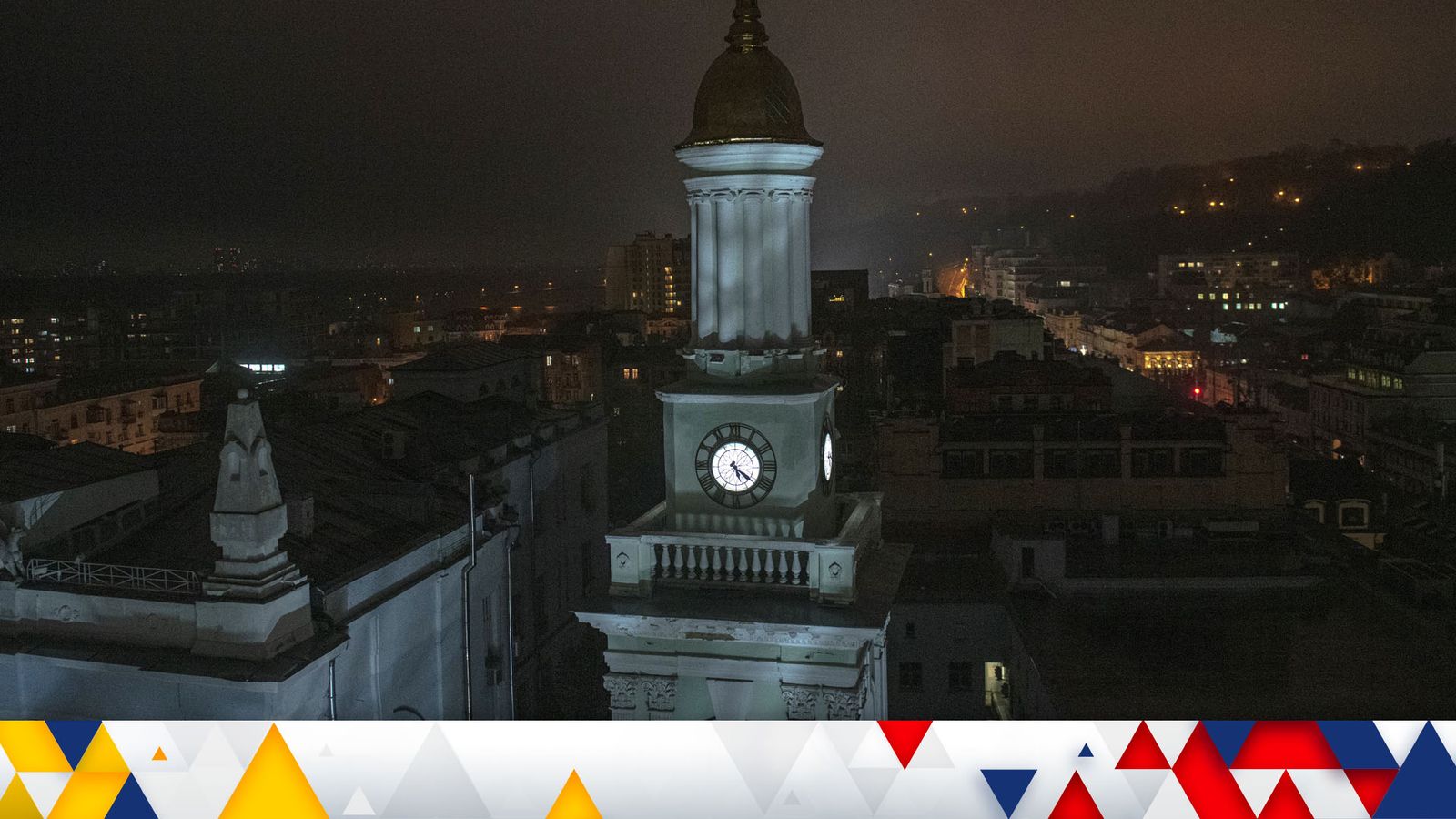 The latest from Ukraine as Russia claims the Kakhovka Hydroelectric Power Plant in occupied Kherson has been "damaged"; Volodymyr Zelenskyy has accused Iran of "lying" over the number of drones it supplied. You can listen to the latest episode of Ukraine War Diaries while you scroll.

Ukraine's head of military intelligence says the war with Russia is going so well, it will reach a turning point by mid August and be over by the end of the year. It is the most precise and optimistic prediction by a senior Ukrainian official so far.

In an exclusive interview with Sky News, Major General Kyrylo Budanov also said a coup to remove Vladimir Putin is already underway in Russia and the Russian leader is seriously ill with cancer.

His office is dark and stuffed with the paraphernalia of war and espionage, sandbags stacked on its windows, machine guns piled on the floor, a spare rifle magazine on his desk used as a paperweight. He is remarkably young to lead his country’s military intelligence agency at just 36 years, and speaks with the dry precision of his trade. He showed little emotion, smiling only once as he said in English, "I’m optimistic".

Budanov correctly predicted when the Russian invasion would happen when others in his government were publicly sceptical and now says he is confident about predicting its conclusion.

"The breaking point will be in the second part of August. Most of the active combat actions will have finished by the end of this year. As a result we will renew Ukrainian power in all our territories that we have lost including Donbass and the Crimea."

Russia’s tactics have not changed despite its shift to the east he says, and Russia is suffering huge losses though he would not be drawn on Ukrainian casualties.

He said he was not surprised by Russia's setbacks in the war.

"We know everything about our enemy. We know about their plans almost as they’re being made.

"Europe sees Russia as a big threat. They are afraid of its aggression. We have been fighting Russia for eight years and we can say that this highly publicised Russian power is a myth. It is not as powerful as this. It is a horde of people with weapons."

BMD said:
Just to add to the above, washing machines have also played a somewhat unconventional role in this war, which NATO experts are still examining at this stage.

A Czech-made RM-70 multiple launch rocket system has been spotted in Ukraine. RM-70 MLRS have been produced in Czechoslovakia since 1972. The RM-70 can be considered an analogue of the Soviet Grad MLRS, but the system has a number of distinct advantages. For example, it has greater cross-country ability and is able to hit targets at a greater distance. Until now, about fifty such MLRS remained in the Czech Republic, most of them were decommissioned and were in storage.

Ukraine war: Indian Embassy, which was temporarily operating from Poland, to resume operation in Kyiv

Minus another enemy helicopter from the 59th OMPBR fighters of the APU. Kherson region.
Click to expand...

- According to ISW, "this is how Ukraine seems to have won the battle for Kharkiv": Ukrainian forces did not allow Russian troops to surround the city, let alone capture it.

- The main efforts of the Russians remain Severodonetsk and Lysychansk

- Russian troops made an unsuccessful assault in the direction of Slavyansk and Alexandrovka
Click to expand...

Israel has given "Good" to the transfer of anti-ship missiles Blue Spear 5G SSM
Click to expand...

From what I understand this is basically Gabriel V - 240kg warhead, 290-400km range depending on flight profile.

In 2020, Israel's IAI and Singapore's ST Engineering started a 50/50 joint venture company called Proteus Advanced Systems to develop, produce and market a derivative of the Gabriel V called the Blue Spear missile system (Blue Spear). The missile has both sea and deep land attack capabilities with enhanced maneuverability for littoral environments. The warhead employs an active radar-homing seeker, accurate INS-based navigation capabilities, beyond-line-of-sight (BLOS) capability and a robust system which is immune to GPS disruptions and maximal accuracy target acquisition. The system is equipped with a variety of deception means to achieve its mission and cope with the different battle-field challenges. ST Engineering’s role in the Blue Spear’s development includes the design, development and production of major subsystems like the booster motor and warhead whilst IAI focuses on other parts. In 2021, IAI and Thales jointly market a variant of Gabriel V or Blue Spear called Sea Serpent to the Royal Navy to replace its ageing Harpoon missile system. At DSEI 2021, IAI revealed that Sea Serpent is developed in parallel with the Blue Spear and based on the Gabriel V missile system and/or older variants. IAI added that Sea Serpent has a low profile mode or sea skimming range of greater than 290km [11].This range corresponds with the overall Gabriel V's range of 200km to 400km, depending on flight profile. Hence, the Sea Serpent or Blue Spear missile can engage targets at distances of up to 400km.

In October 2021, it was announced that the Estonian Defence Forces purchased the Blue Spear missile system with a maximum range of 290km (flight profile not mentioned).[12] It is also rumored that both Israel and Singapore already use variants of the Gabriel V which replaces their older Harpoon missiles. Blue Spear or Sea Serpent or Gabriel V allows both countries to conduct deep land, littoral and open sea surgical strikes effectively. On 13 May, 2022, it was reported that Israel gave permission to Estonia to give Ukraine one Blue Spear 5G SSM rocket complex.