sat sri akal paaji. The people who did it are sadhu type people they dont normally touch any one unless until spoken bad or thrashed.
J

screambowl said:
sat sri akal paaji. The people who did it are sadhu type people they dont normally touch any one unless until spoken bad or thrashed.
Click to expand...

Police tried to deal with them in the typical police way. It back fired badly.....
Reactions: screambowl

Jaymax said:
Police tried to deal with them in the typical police way. It back fired badly.....
Click to expand...

Backfired on whom? Have you seen the videos? They crashed into a nakaabandi & didn't stop even then. Apparently the Sikhs consider the Nihangs to be an unruly & boisterous lot. Well, they were apprehended eventually with a huge amount of banned drugs & 34 lakhs on them. All 11 of them.They also fired on the police party which came to arrest them in the gurudwara
This was the second such incident involving the same group.
Reactions: Deathstar

screambowl said:
sat sri akal paaji. The people who did it are sadhu type people they dont normally touch any one unless until spoken bad or thrashed.
Click to expand...

they are usually high on afeem and have no regard for the law of land. completely brain dead people.

vstol Jockey said:
they are usually high on afeem and have no regard for the law of land. completely brain dead people.
Click to expand...

On the conversion of Hindus & Sikhs by evangelical Christian groups. While the SGPC is busy playing politics, the VHP / Bajrang Dal is emasculated & the RSS complacent from the construction of the Ram Temple at Ayodhya, this is what's happening across the country.

On a recent visit to Punjab, I was amazed to see the number of churches in the remotest of hamlets in the Punjab. That's the extent to which these evangelical groups have penetrated the Punjab countryside. And if this is the state of affairs in one of the most prosperous states of India, you can imagine what's it like in other parts.

Btw - these evangelical groups are very intelligent, you never see them proselytizing among Muslims.

THREAD!!
This is bound to be interesting.
Reactions: STEPHEN COHEN and Gautam

https://twitter.com/i/web/status/1290719302035755009
Exhaustive primer & good source of information as to how was the present ethos of Kashmir created & how did this problem evolve.

Word of Caution - It's heavily biased in favor of Muslim victimhood & pays cursory tributes to how was Kashmir's religious demographics changed & the subsequent Islamisation of its so called "freedom struggle" Including what was the state of affairs at the time of partition focussing on the Maharaja atrocties & retaliation by Sanatani groups but nothing on what triggered the events in the first place.

Having listed the problems with this thread, it's still a good primer on the topics covered if you bring yourself to ignore the biases I've listed.

J-K: PAGD says no rift among parties over seat-sharing for DDC polls​

After initial hiccups, the People’s Alliance for Gupkar Declaration (PAGD) on Sunday reached a consensus over the seat-sharing arrangement for the second phase of the upcoming DDC polls in Jammu and Kashmir and said there is no rift among the alliance partners.

PAGD members on Saturday had failed to finalise the seat-sharing formula for the District Development Council (DDC) polls despite holding a marathon meeting, the third in two days, on the issue.
The alliance partners continued the consultations on Sunday as well at the residence of National Conference (NC) president Farooq Abdullah, who is the chairman of the PAGD

The PAGD is an alliance of several political parties seeking the restoration of Jammu and Kashmir’s special status abrogated by the Centre in August last year.

Consensus has been reached over seat-sharing for the second phase of the polls in the meeting — which was the fourth such exercise in the last three days, a PAGD leader said.

He said consultations over seat-sharing arrangements for the rest of the phases of the eight-phased election will continue.

We are focusing on one phase at a time. The consultations between the parties are being held in detailed manner and in cordial atmosphere. Such exercises take time, but there is a consensus on how to go about it, the leader, who did not wish to be identified, said.

He said the seat-sharing list was likely to be shared by the alliance with the media in a day or two.

Meanwhile, speaking to reporters outside Abdullah’s residence after the meeting, JKPCC president G A Mir said there was no rift among the alliance partners as everyone understands that this is part of a larger fight for the rights of the people of Jammu and Kashmir.

There is nothing like that (rift). Even if you give 100 per cent share to a political party, there still will be some lacunae, Mir said.

He said the parties were contesting the polls as a composition and the Sunday’s meeting was held to fine-tune the seat-sharing arrangement.

Everyone has seen this maturely that there is a bigger fight ahead and even if some candidate is not accommodated or some party has lesser seats, it does not matter, the JKPCC president said.

He said when the elections to the DDC were announced, the like-minded parties decided to contest the polls unitedly. So discussions took place over the last few days between the second rung leadership of the parties on seat-sharing, he added.

He said the discussions have been by and large satisfactory and the seat-sharing arrangement is being prepared in a cordial atmosphere.

The parties have come together in an alliance and will appeal to the people to defeat those who have forcibly implemented laws in the state and whose policies have not been in the interests of the people of J-K. This is a right opportunity for the people to protest in a democratic manner by expressing their anger by way of voting for the right candidate or combination, Mir said.

Asked whether the Congress was in the alliance only for the polls or would continue to be a part of it, he said, Those things will come later.

First is first. This is practical that election is the basis of politics. We are going to polls together with an agenda and, I think, we should focus on that first, he added.

Party politics and numbers are immaterial. It does not matter whether any party gets three seats or one. Gupkar Alliance stays and God willing, we will win this because even though there was pressure from the government and its agencies to break the alliance, it did not break, he said.

He appealed to people to be united to defeat the BJP.

I appeal to my people because it is the matter of Article 370, our identity, our state it is an issue of Muslims, Hindus, Sikhs and Buddhists and Kashmiri Pandits. We have done our job and shown unity, now you, as people, should give a tight slap to the BJP in these polls, Shah said.

Asked about PDP patron Muzaffar Hussain Beigh’s resignation from the party over the seat-sharing arrangement within the alliance, he said, Whoever leaves his party right now for another party is the biggest traitor of this nation.

We request all those who have left their parties for some other party, to return as this is a matter of our identity and respond unitedly to the BJP by defeating it, Shah said. 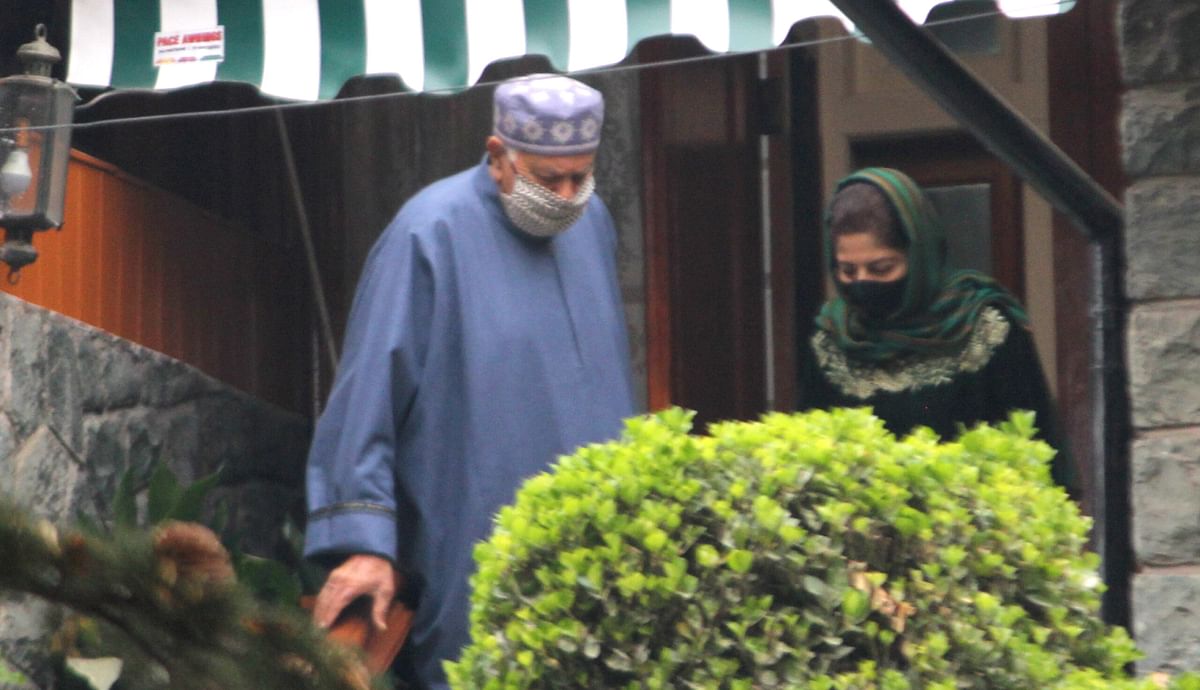 J-K: PAGD says no rift among parties over seat-sharing for DDC polls

J-K: PAGD says no rift among parties over seat-sharing for DDC polls