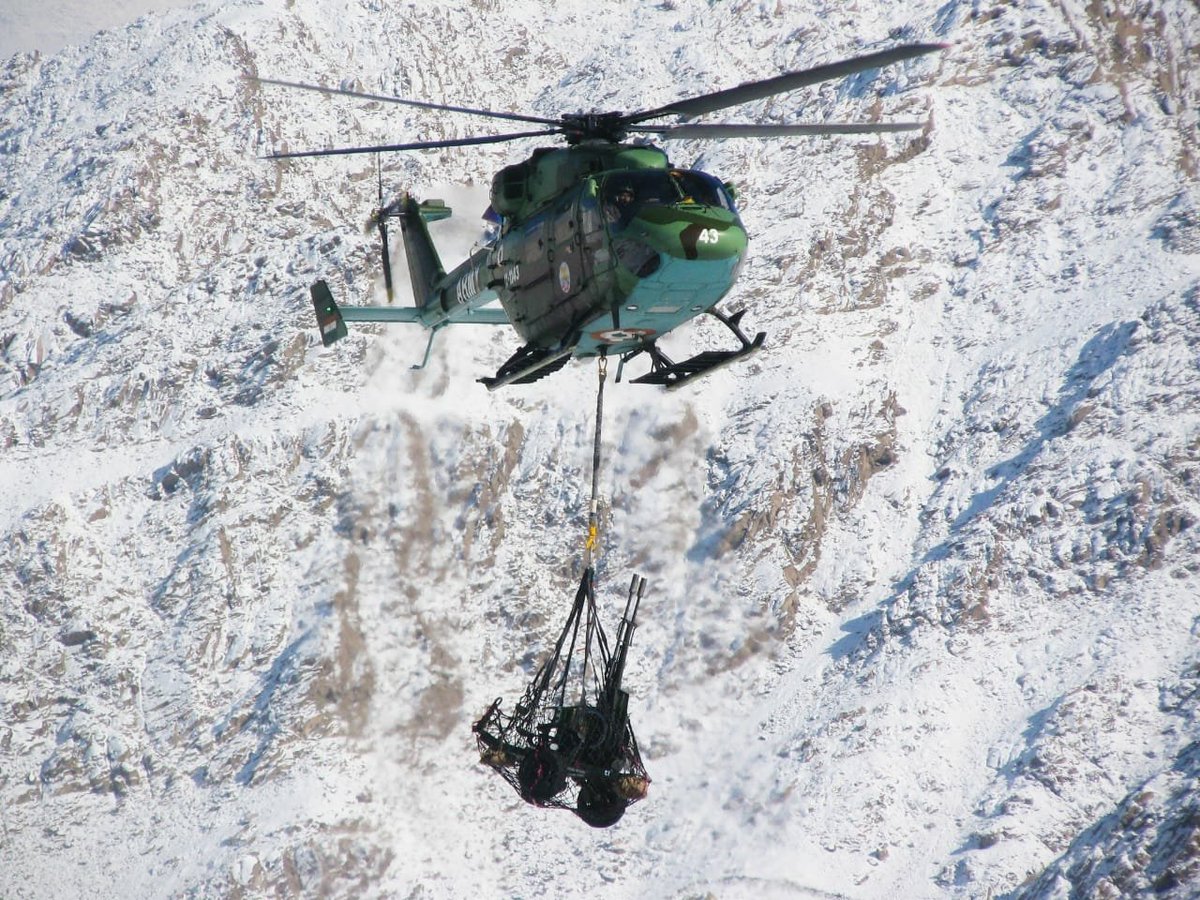 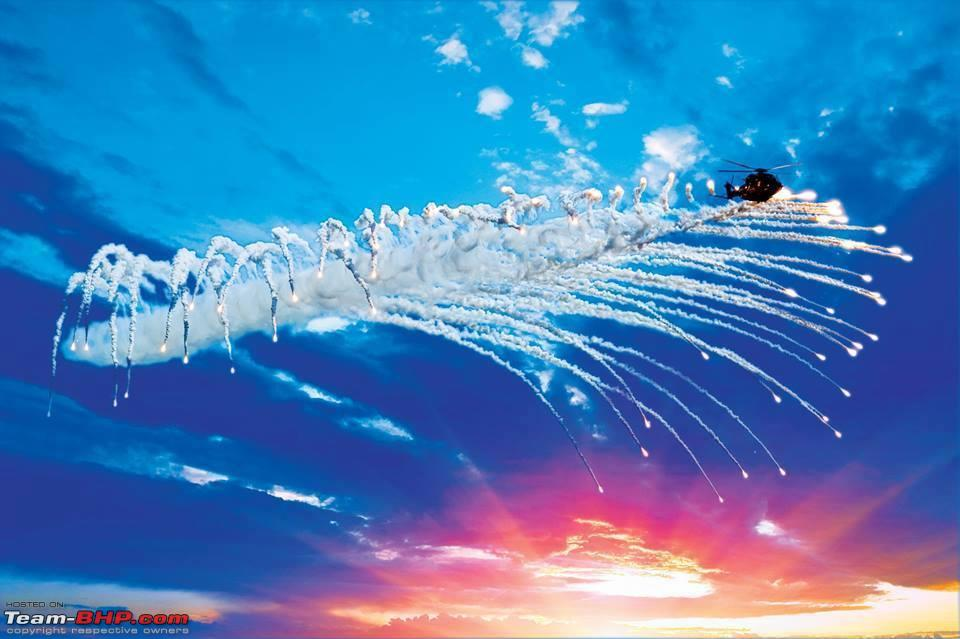 IAF Depot In Chandigarh To Overhaul Engines Of Russian-Made Choppers
Chandigarh:
The Indian Air Force 3 Base Repair Depot in Chandigarh has been given the responsibility of establishing repair and overhaul technology of VK-2500 engines of Medium Lift Helicopters, a senior IAF official said today.

Overhaul in India of VK-2500 aero-engines will gradually reduce the burden on the exchequer and move forward towards the depot's commitment of self-reliance under 'Make in India' mission, he said.

In commemoration of the 87th Air Force Day next month, the media was briefed about the achievements and indigenisation projects of the depot.

The 3BRD of the IAF was established in February 1962, and its role was basically to overhaul and repair Russian transport aircraft, helicopters, their aero-engines and aggregates.
Reactions: Ankit Kumar

New Delhi: The first of the Indian Air Force’s three iconic Mi-26 heavy-lift helicopters known as Halo, is set to fly to Russia in about six months to undergo extensive overhaul and repairs that is expected to extend its life by another 10-15 years, ThePrint has learnt.

The move will enable the IAF to operate the Russian-made world’s largest heavy-lift helicopters together with the American Chinook choppers that are being currently inducted, giving it an unprecedented tactical lift capability.

Once the process is complete, India will become the first country to have a simultaneous inventory of both Mi-26s and Chinooks.

Speaking to ThePrint, senior government officials said the Ministry of Defence finally cleared the file for the overhauling of the three Mi-26 helicopters in August.

To be serviced in rotation, sources said, the choppers are now being readied so that they are in a condition to fly to Russia.

Servicing each Mi-26 helicopter is likely to take anywhere between a year and a year-and-a-half. The second chopper would fly to Russia for the overhaul once the first one is back. Subsequently, the third one would be sent, said an official who did not wish to be named.

It would take each chopper about three weeks to reach Russia.

The overhaul will extend the life of the choppers by 10-15 years. Upon return, the Mi-26 will be made operational to fly to remote areas of Jammu and Kashmir and the Northeast, added the sources.

All three Halo choppers are currently non-operational. Two of them were grounded in September 2013 and August 2014, respectively, while the third chopper last flew in 2017.


The Halo history
The IAF had proposed overhauling the choppers almost three years ago and was awaiting clearance from the defence ministry. The delay had led to speculation in some quarters on whether the Mi-26 chopper fleet would be grounded altogether.

India was one of the earliest buyers of the Mi-26 helicopter when it was launched in the early 1980s by the erstwhile Soviet Union. Four Mi-26 helicopters were inducted into the IAF between 1986 and 1989, of which one crashed at the Jammu airport in 2010.

The move to overhaul the Mi-26s comes even as 15 US-made Chinook helicopters were bought by the IAF in 2015 — of which ten have been inducted — to replace the Russian choppers.

Powered by twin turboshaft engines, the Mi-26 helicopter weighs around 28,200 kg and its maximum take-off weight is 56,000 kg.

The Mi26 heavy-lift Halos have served a major role in lifting and transporting artillery guns, bridges, missiles and other equipment to far-flung areas of Northeast and Jammu and Kashmir, as well as during evacuations.

The repairs process
Speaking to ThePrint, a senior IAF officer explained that overhauling of the chopper will include checking the integrity of the airframe and fatigue checks, particularly the load bearing areas, and involve replacing the major components that have completed their lives.

“Moreover, the engines would be checked, and parts like the turbine blades or the seals would be replaced with fresh ones. The avionics components would also be checked to see if any part needs to be replaced,” said the officer.

Owing to its small fleet, fewer pilots and technical personnel are trained for the Mi-26 choppers. As a result, preparing each chopper for a flight will take about six months, added the officer.

The Mi-26 choppers are part of the Chandigarh-based No. 126 Helicopter Flight (Featherweights) squadron.
Reactions: Ankit Kumar

A 45 Squadron Tejas comes in to land behind a 126 Flight Chinook at the Air Force Day flypast rehearsal today.

Oh god , we are our own enemies. Still using legacy Helis

Deathstar said:
Oh god , we are our own enemies. Still using legacy Helis
Click to expand...

He is safe and fine. There is a huge difference between crash and crash landing
Reactions: Sulla84
D

vstol Jockey said:
He is safe and fine. There is a huge difference between crash and crash landing
Click to expand...

Yes. But it was given as Crashed on IE earlier that's why I used the word!!!

vstol Jockey said:
He is safe and fine. There is a huge difference between crash and crash landing
Click to expand...

Still that heli had Lt G Ranbir Singh. The most important Army man after COAS. Thank god he is safe.

There are no burn Marks on the helicopter... so not a hit.. and looks like a genuine crash. But, everybody would have broken bones...

Sulla84 said:
There are no burn Marks on the helicopter... so not a hit.. and looks like a genuine crash. But, everybody would have broken bones...
Click to expand...

Helicopter seats are crashworthy seats. They take lot of impact force away from the people seated on them. 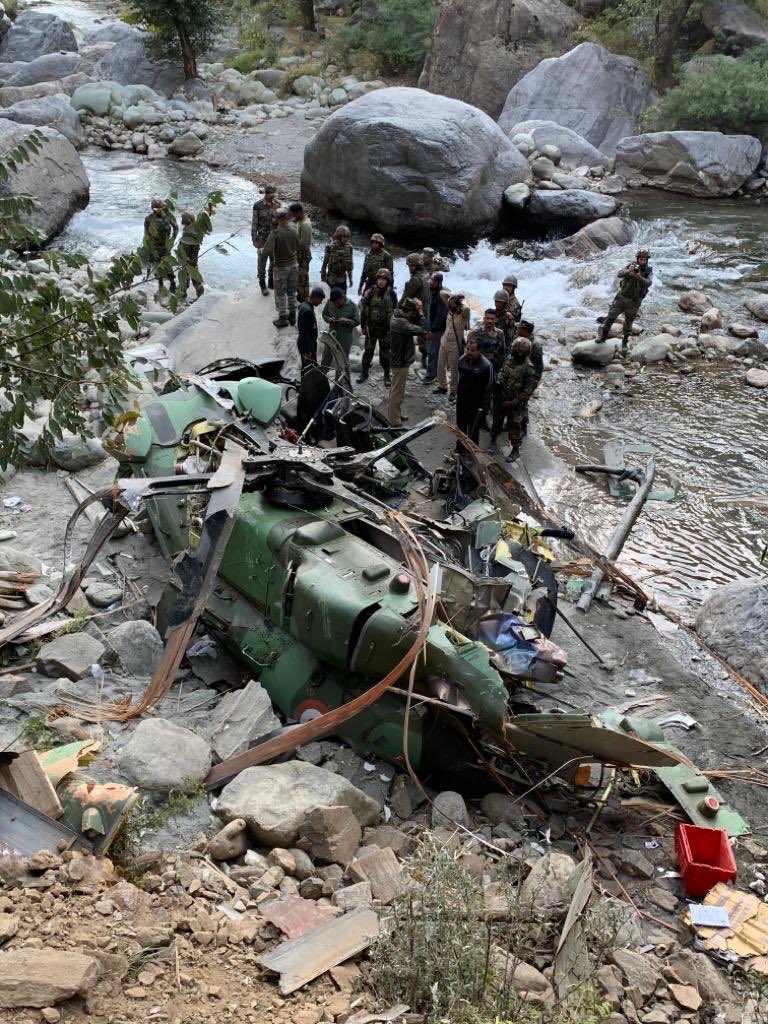 According to army this is not a CRASH !
S

screambowl said:
This is not army this is ASF, falls under Aviation division.
Click to expand...

Well for common people they are all Faujis
Reactions: BlackOpsIndia

The tail boom is not with rest of the body and points to a break away of tail boom due to some impact before crash. Once the tail rotor fails, the helicopter has very little chance of survival and crash landing is the only option.

vstol Jockey said:
The tail boom is not with rest of the body and points to a break away of tail boom due to some impact before crash. Once the tail rotor fails, the helicopter has very little chance of survival and crash landing is the only option.
Click to expand...

Apparently the tail got entangled in some wires atop a hill according to this : 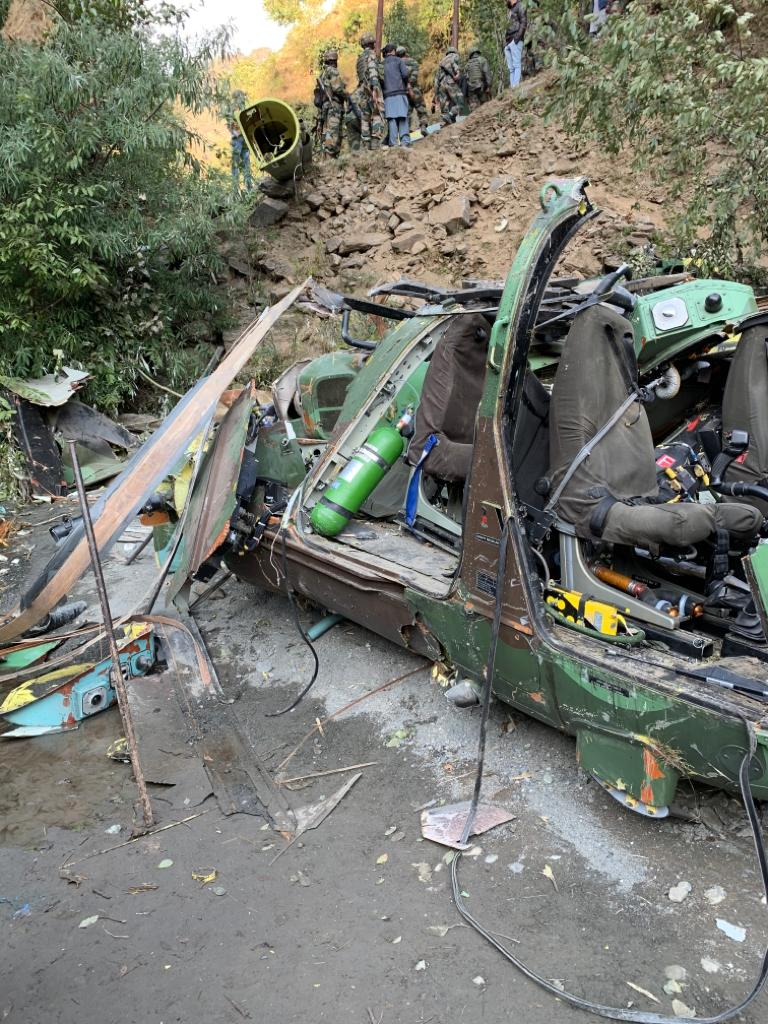