Russia uses guns against PAX STUPOR drones in Ukraine. To combat the drones, the allied forces of the Russian military began to use guns against the STUPOR drones in Ukraine. The complex against drones PARS "STUPOR" emits electromagnetic impulses and suppresses the control channels of drones. To neutralize the drone, you need to press and hold the button on the weapon, the drone loses contact with the operator and, depending on the drone model, can smoothly land, hover, or return to the operator. Weapons against drones operate at ranges up to 1500 meters and suppress the reception of signals from all types of navigation satellites. The charge of the weapon is enough for 4 hours and it is available for free sale, the price is about 10 thousand dollars.

The Russian military used the latest Izdeliye-305E missile in Ukraine. On the published footage, you can see how the rocket flies up to the window of the building. The Russian Izdelie-305E air-to-surface missile is designed to equip modernized versions of Russian Ka-52M and Mi-28NM helicopters and some aircraft. The 305E missile can be used at a range of up to 14.5 kilometers, so it surpasses the American AGM-114 "Hellfire" missile, which has a range of no more than 10 km. The missile has a high-precision inertial on-board navigation system and is equipped with a homing head, it implements the "fire and forget" principle. Rocket weight 105 kg, length 1945 mm, body diameter 200mm.

There were shots of the combat work of the Russian T-90M tank Breakthrough in Ukraine. The video shows the destruction of Ukrainian equipment through the video screen of the viewing device of the Kalina fire control complex. Russian digital fire control complex "Kalina", developed for some modifications of the T-90 tank. The complex combines into a tactical combat information and control system, a commander's panoramic sight with an integrated ballistic computer, a gunner's multispectral sight and firing conditions sensors.

Published footage of the control of the Russian robotic combat module with remote control "Arbalet-DM" installed in the armored car "Tiger" in Ukraine. The module is equipped with a 12.7 mm Kord machine gun or a 7.62 PKTM machine gun. The guidance unit has a thermal imaging camera with a laser rangefinder. In addition, the module has four smoke grenade launchers.

The Russian militia conducted real tests in Ukraine of the Russian gun against LPD-801 drones from the PPSh Laboratory company. Judging by the results, the anti-drone gun really works on most popular commercial drones. The gun suppresses communication channels and data transmission from the UAV, and also suppresses navigation channels. The effective range of suppressing drones is up to 1 km, the gun is on sale, the cost at the moment is $ 19,500.

Two strategic Russian Tu-160 missile carriers completed a planned flight over the neutral waters of the Barents Sea. Escort was provided by the crews of the MiG-31 aircraft of the Air Force and Air Defense of the Northern Fleet. The flight duration was more than 7 hours.

For the first time, the work of the new Russian robotic demining vehicle "Prokhod-1" in combat conditions is shown. The complex completed state tests back in 2016, but since then there has been no news about it. The sapper robot "Prohod-1" was created on the basis of the BMR-3MA and it uses enhanced mine protection, you can also see a large number of dynamic protection elements on the vehicle's body. The robot for demining is equipped with many antennas, this is done in order to jam the control signals of radio-controlled mines. The Prokhod-1 complex is capable of operating in three modes: under the control of a crew of 2 people, remotely under the control of an operator with a command post based on KAMAZ, and in automatic mode with predetermined movement parameters. The robot creates passages in minefields 4.5 meters wide in combat conditions, even under enemy fire, and is equipped with a new TMT-S trawl to neutralize contact mines, as well as cutters that cut the wires of remote-controlled land mines.

Russia has begun using the new Lastochka-M attack drones in Ukraine. There is no information on the new UAV. It is assumed that the drone "Swallow" is an analogue of the Skylark-1 LE made in Israel. It is only known that the "Swallows" in the course of combat use fragmentation and cumulative ammunition and they were struck by armored vehicles and manpower of the enemy. The drone is launched from a catapult and lands on an airbag. The UAV drops small-caliber ammunition adapted for use from the air. If we assume that this is a modernization of the Israeli Skylark-1 drone, then the characteristics of the Lastochka UAV will be something like this. Take-off weight 7.5 kg, payload 1.2 kg, operating time up to 3 hours, flight distance up to 40 km, application altitude up to 5000 meters. The drone uses 43 mm grenades adapted for air strikes.


A short story by a pilot about what kind of missiles the Su-35 aircraft is equipped with for combat missions.

The Russian Ministry of Defense showed the work of operators of the S-300V air defense system in Russia. The video shows the 9S32 multi-channel missile guidance station. The 9S32 station is capable of simultaneously performing a sector search and tracking up to 12 targets at a range of up to 150 km for aircraft and from 60 to 90 km for various types of missiles. The station has been in service with Russia since 1983. 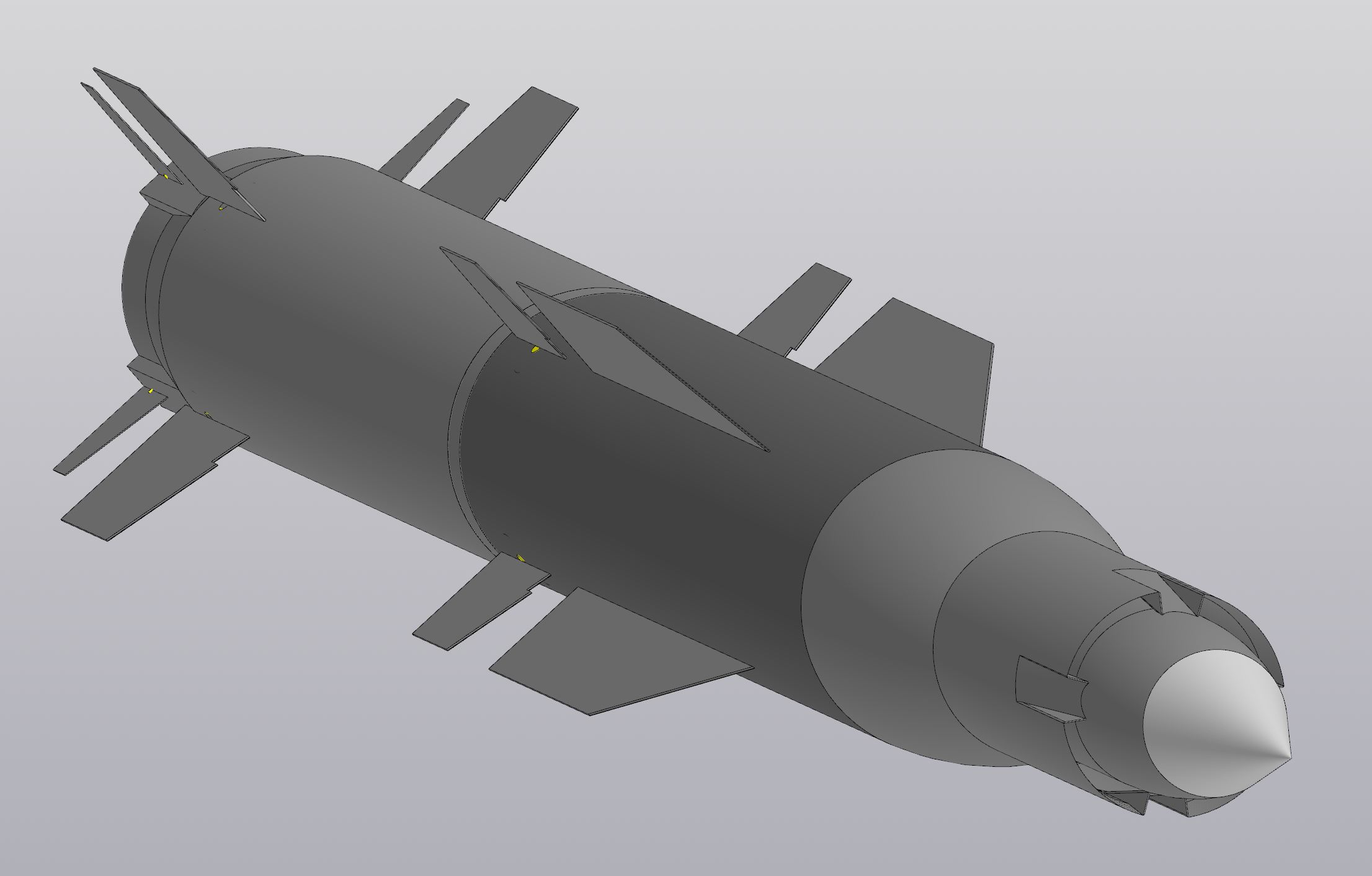 Episodes of the naval parade of Russia in honor of the Day of the Navy. The video shows part of the Russian fleet shown at parades in the cities of St. Petersburg, Novorossiysk and Vladivostok. The Russian Navy turns 326 this year.

Please read this thread and give your views

What is this?
J

Please read this thread and give your views

Yeah, integration used to be a problem before, but stopped being a major one after the Cold War. Soviet stuff was always made to be reliable, but the closed architecture was a problem for air forces outside Russia. In India's case, we began using our own computers and electronics using an open architecture. We also produce most Russian aircraft at home, which makes integration easier than it is for other export customers. Almost everything Russian we use today come with non-Russian electronics. In the 70s and 80s, we were stuck with whatever the OEMs wanted to give us.

As for training, unlike the conscripts of Russia, our army is professional, so careers are made around systems, which makes them expert enough to use these systems to their extremes. This is a no-brainer.

I don't know much about when he talks about Russia missing its targets. Could be a whole host of problems, something the Russians need to work on. But this doesn't affect India.
Reactions: STEPHEN COHEN

Details about the jet flamethrower Shmel-M of Russia

Russian servicemen showed the preparation for firing of the modernized Russian rocket-propelled infantry flamethrower PDM-A "Shmel-M". The maximum firing range of a jet flamethrower is 1700 meters, the aiming range is 800 meters. The mass of the warhead is 3 kilograms, the weight of the flamethrower is 8.8 kilograms. The circular dispersion of the Shmel-M flamethrower at a distance of 300 m is 0.5 m. More details in the video.

The work of sappers in Ukraine. When searching for mines, IMP-S2 induction mine detectors are used.


Video of the assembly and launch of the Russian Orlan-10 UAV. The drone is refueled with AI-95 fuel and launched from a catapult. At the time of launch, wind speeds up to 10 m/s are allowed. Orlan-10 can stay in the air for up to 16-18 hours.

A new mini missile has been developed for the Russian Pantsir-S1M air defense system. The new missile makes it possible to more effectively shoot down small targets from a record close distance of 500 meters. The development was carried out to fight primarily with massive small-sized targets and, apparently, to reduce the cost of missiles. The Pantsir-S1M missile will reportedly shoot down UAVs and multiple rocket launchers.

Footage of the new Russian fire control complex for troops "Planshet-M-IR" has been published. In this case, the complex is placed in a new armored car "Athlete". The complex was created to automate the fire control of artillery, mortars and MLRS. The system allows the command through the tablet to see the entire situation on the front line and quickly control the fire and the actions of different groups of troops. The complex, through a closed satellite channel, can exchange data, including with UAVs and radars. The task of the complex is to exclude the human factor from the processes of obtaining target designation and carrying out calculations before hitting the target, this speeds up the work of units and increases the accuracy of the strike. "Tablet-M-IR" became the development of the "Tablet-A" complex, which is already being mass-produced and has a lot of positive feedback from the military.