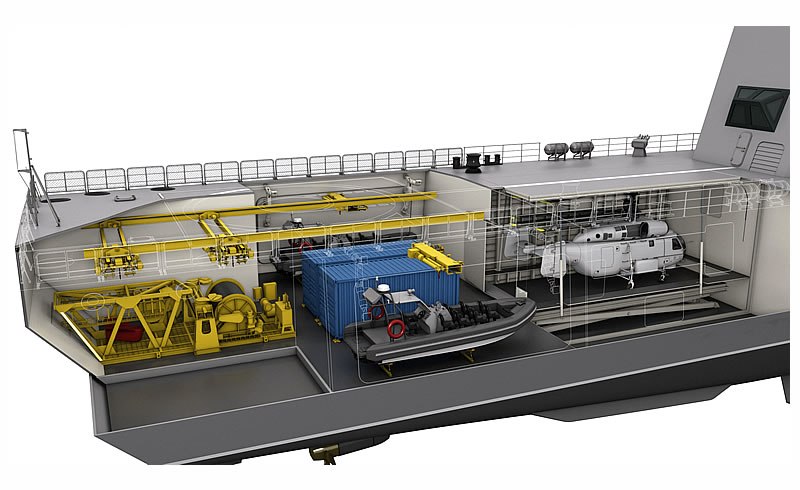 The Project 20386 is fundamentally a new design concept for the Russian Navy: It features a balanced composition of weapons, integrated information management system, open architecture, new radar and robotic systems and a reduced crew complement. Similar to the U.S. Navy littoral combat ships (LCS), the project is based on the principle of modularity: Equipment aboard the ship depends on the mission. There is a completly modular mission bay under the helicopter platform.

The corvette also shares size and displacement comparable to the LCS of the U.S Navy.

According to original plans, the Russian Navy was set to receive the lead ship in 2021 but this has alread been postponed by at least a year.The Russian Navy plans to procure at least 10 ships for now. As expected, the head of the order exceeds the value of 20 billion Rubles.

Anyone notice the lack of front stabilisers on these missiles vs 9M96E2?

BMD said:
Anyone notice the lack of front stabilisers on these missiles vs 9M96E2?

I know, I thought "Redoubt" was wrong?

In case Russia fails to build another floating dock, all of their large naval vessels, including 1164- and 1144-type cruisers, will have to be repaired and modernized exclusively with China's help, the report says.

Interesting & amusing. Weren't you the guy undermining the potential of all SAM's including the S-400 a few months ago claiming that SAM's haven't evolved much for them to pose a threat to Fighter Aircrafts.

Were you at O'Donnels swigging sundowners when you typed that or when you posted what you did from Quora above?

I posted it because it's an interesting view. To date it's untested in a live combat environment, that's just plain fact. Patriot is known to be effective against missiles with a range up to at least 1,000km in live combat. Against jamming/stealth, who knows for either. It's one thing being able to engage targets with an RCS of Xm^2 in test conditions, but when you throw in a few Growlers with GaN jammers and a few F-22s/F-35s operating their own jamming and equipped with AARGM-ER, it becomes an interesting game.

Let's not forget that 1,274 SA-2s were launched at B-52s in Vietnam during Linebacker II and only 15 were shot down. The B-52 is as far from a stealth aircraft as you can get and these were at ranges of less that 30km. Now, I'm sure the SA-2 killed every single B-52-sized object it was ever fired at during Soviet testing but that's the difference between testing and reality.
Reactions: suryakiran

New Kalibr-M cruise missile with range of over 4,500 km in development in Russia - source

New Kalibr-M cruise missile with range of over 4,500 km in development in Russia - source
Military & Defense
January 08, 11:24UTC+3
According to the source, large surface ships will be equipped with it, starting with frigates, as well as nuclear submarines
Share
345 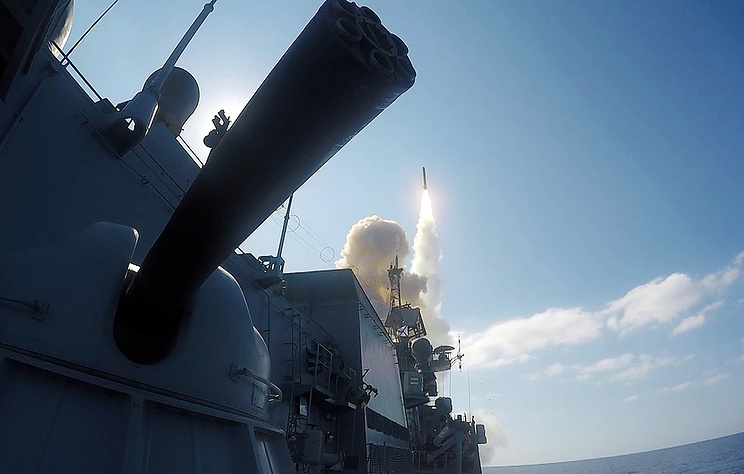 © A snapshot of the video/Management of the press service and information of the Ministry of Defense of Russian Federation/TASS
MOSCOW, January 8. /TASS/. New Kalibr-M cruise missile with a range of over 4,500 km is currently under development in Russia for the Russian Navy, a source in the military-industrial complex told TASS on Tuesday.

"The newest high-precision ship-based Kalibr-M cruise missile with a maximum firing range of more than 4,500 km is being developed for the Russian Navy. The creation of the rocket is at the stage of scientific research and financed by the Ministry of Defense," the source told TASS. The source clarified that the development of the missile was included in the state armament program until 2027, and "the rocket must be transferred to the fleet before the end of the program."

The source added that the new missile will differ from the existing Kalibr missiles in service both in terms of its longer range and dimensions. "It will be much larger, the weight of its warhead will approach 1 tonne," he noted. According to the source, large surface ships will be equipped with it, starting with frigates, as well as nuclear submarines. "Kalibr-M is designed to destroy land facilities and will be able to carry both conventional and nuclear warhead," he said.

TASS does not have official confirmation of the information provided by the source.

At present, Kalibr missile system is in service with the Russian Navy. According to data from open sources, the maximum firing range of a 3M-14 cruise missile from this complex, flying at subsonic speed, reaches around 2,000 km.

Interesting defeat mechanism for use against APSs.

Russia to Refit AU-220M Combat Module for Use on Planes, Ships - Manufacturer

Citing an unidentified Western intelligence source, the Sunday Frankfurter Allgemeine Zeitung (FAZ) said on February 10 that missile battalions were stationed in Mozdok in North Ossetia and in Shuya, close to Moscow.

That’s in addition to a training battalion stationed at the rocket-testing development site in Kapustin Yar in southern Russia and one in Kamyshlov, east of Yekaterinburg, the paper said.

On February 2, the United States announced that it will withdraw from a key Cold War-era nuclear arms control agreement, after Washington and NATO repeatedly accused Moscow of violating the accord by developing the 9M729 cruise missile, also known as the SSC-8.

Navdex 2019: Rostec to exhibit the Pantsir-ME air-defence system for the 1st time outside Russia 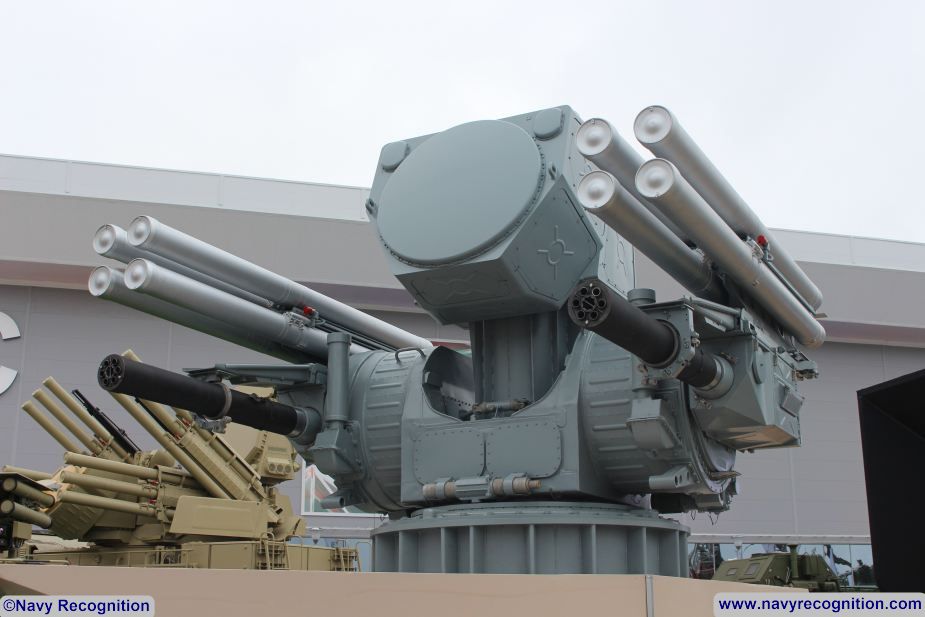 The Pantsir-ME system was displayed during Armiya, in Russia

The presentations of the Pantsir-ME air-defence missile and artillery system will be held at the IDEX/NAVDEX 2019 exhibition on February 18-19, 2019. There will be a full-scale specimen to be demonstrated in the middle of the combined Russian exposition organized by Rosoboronexport, i.e. at the exhibit of the High Precision Systems (09-C20).

“The current trends in the development of the navies force the maritime powers to equip their ships with reliable assets to counteract air threats, i.e. cruise missiles, unmanned aerial systems, helicopters and planes. A sophisticated system of countering practically all the possible aerial kill assets has been developed in Russia, and it will be represented at one of the largest world defence exhibitions in Abu Dhabi. Pantsir-ME can be installed on most Russian warships and is very well fit for ships manufactured by other countries. I am confident that it has very good export prospects in the Arab countries, South-East Asia and Latin America,” said Rosoboronexport’s Director General Alexander Mikheev.

The Pantsir-ME air-defence missile and artillery system can be set up on ships with water displacement of more than 300 tons. The system provides a reliable protection of vessels from all the existing and prospective air assault weapons in the whole spectrum of their combat capabilities with an unconditional probability of kill, which is practically equivalent to one, including low-flying anti-ship missiles and unmanned aerial vehicles.

“Currently the Pantsir-ME air-defence missile and artillery system has no direct countertypes in the world market in the segment of shipborne air defence systems, and such will hardly pop up in the near future,” noted Sergey Abramov, the industrial director of the Armaments cluster in the Rostec State Corporation, “Demonstration of a full-scale specimen at the IDEX/NAVDEX exhibition is a perfect opportunity to present this new state-of-the-art Russian weapon to our partners from the Middle East and Northern Africa – the strategic region of Rostec’s presence.”

The high effectiveness of intercepting anti-ship missiles is explained by high performance tactical and technical characteristics of the Pantsir-ME air-defence missile and artillery system. The system is capable of simultaneous firing at four targets attacking the ship while the kill zone for guided anti-aircraft missiles reaches 20 kilometers in distance and up to 15 kilometers in height. Besides, Pantsir-ME can first utilize its missile weapons, and then, in case of a miss, the target will be hit by the artillery fire with a 100 percent guarantee.

The system includes a high-intelligent multimode adaptive radio-optical control system. All the stages of operator work - from the target acquisition to the firing - are completely automated. A combined use of the radio and optical control system provides for the all-weather and round-the-clock operability of the system. All this permits a guaranteed elimination of targets at long distances and in close proximity.
Reactions: _Anonymous_ 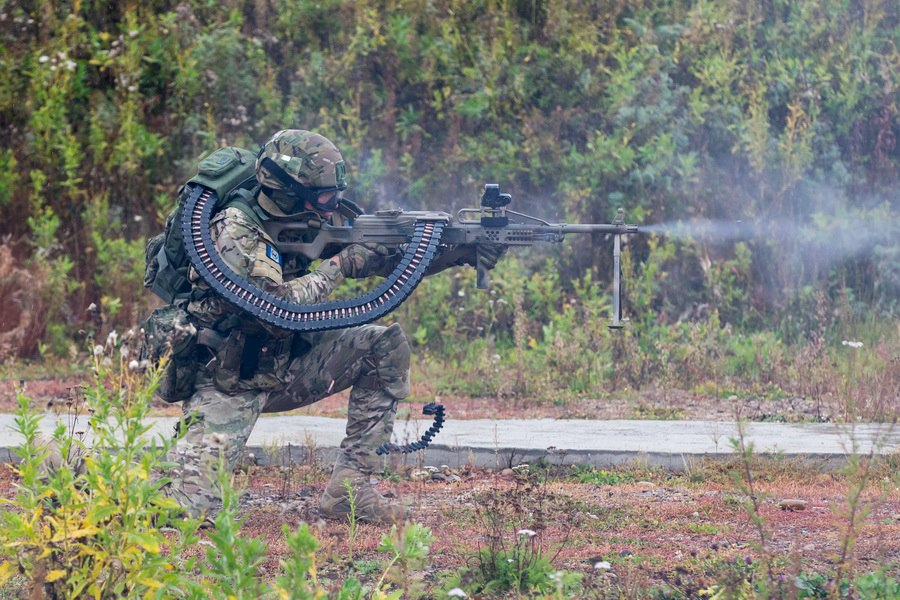