This NOTAM is for the NGARM.

1. Brahmos-A's launcher was indigenously designed & manufactured at Trivandrum and it was integrated into the Su-30MKI without OEM support.
2. When the Astra BVR program started in the late 90s, Dr. Kalam took some seed money for some R&D work from Dr. Kota who was in charge of the LCA program. This was before the official sanction for the Astra came in 2004. Astra Mk1 managed to hit a 2x2 m at 87 km during trials. Astra Mk2 will have 160+ km range, trails starts in 2022. Astra Mk3 will be "ultra long range". Astra Mk1 will be fired from a Tejas "very soon".
3. Tapas will demonstrate 30, 000 ft flight with 18 hrs of endurance in 2022. Auto take off was done in 2020, auto landing was demonstrated in 2021 using the GAGAN GPS. ADE will demonstrate 24 hrs endurance eventually.
4. Rustom-1/Archer UCAV uses the same avionics, LRUs & ground stations as the Tapas reducing maintenance cost. The missiles on the Archer is a domestic one developed by DRDL, name of missile not mentioned.

5. Nirbhay was a tech demonstrator. Sea skimming at 20m & 5m height was proven. Demonstrated both LACM & AShM capabilities. ITCM a program for using the Manik STFE engine. ITCM will have 2 more trials will prove the STFE. LR-LACM is the "mission mode" project with active participation from the services & industry.
6. SWiFT low speed & high speed taxi trials completed. 1st flight will happen in early 2022. SWiFT will prove flight control algos, auto take off & landing. Then we can move into larger models.
Reactions: noksss, randomradio, Parthu and 9 others

The ‘K’ factor in the recent missile tests 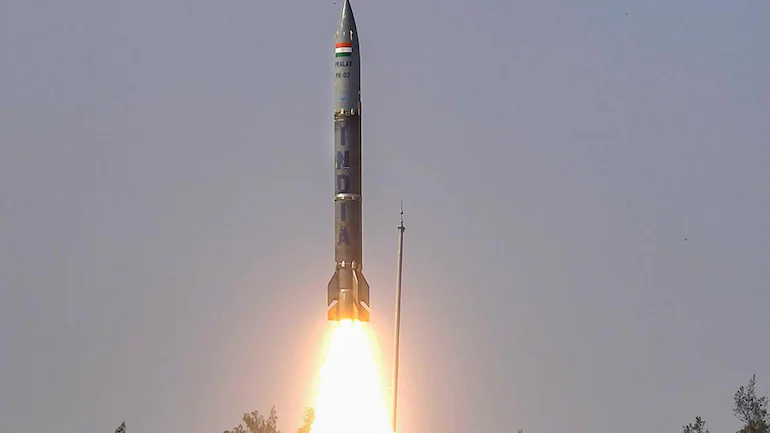 India’s Defence Research and Development Organisation (DRDO) ended the year by conducting nine missile tests in December. Among others, these tests validated the performance of the air-launched variants of the Brahmos missile, extended range Pinaka rockets, a new vertically-launched short-range surface to air missile and the Agni Prime ballistic missile.

This is the second largest series of missile tests after a similar testing spurt last year. Both were a result of the Covid-19 imposed restrictions which affected the DRDO’s launch calendar, leading to a bunching up of tests corresponding to two waves of the pandemic. Two of the DRDO’s newest missiles were also tested--the Pralay tactical ballistic missile and the Supersonic Missile Assisted Rocket Torpedo (SMART). The Pralay was tested for the first time on December 22 from the Dr A.P.J. Abdul Kalam island off the coast of Odisha. The new missile followed the desired ‘quasi-ballistic trajectory’ and reached the designated target with a high degree of accuracy, validating the control, guidance and mission algorithms. All the sensors deployed near the impact point across the eastern coast including the down range ships, tracked the missile trajectory and captured all the events, a defence ministry press release said. The missile was developed in just four years. DRDO officials say the Pralay will need at least two more tests before it can be operationalised.

The Pralay has a range of 50 to 500 km and will replace the liquid-fuelled Prithvi series ballistic missiles which have a maximum range of 350 km. The programme was launched four years ago to meet a specific Indian army operational requirements to engage targets like troop and vehicle concentrations, logistic dumps and bases at ranges beyond the Prithvi and Brahmos missiles, using conventional munitions.

The SMART on the other hand allows warships to swiftly engage submarines at ranges between 50 and 650 km. The missile can carry a DRDO-developed Shenya light torpedo to pre-programmed ranges.

Both the Pralay and the SMART have a common ancestor—India’s first submarine launched ballistic missile, the K-15, which equips the Arihant class SSBNs. The K-15 (now renamed the B-05) is a 10-metre long two-stage solid-fuelled manoeuvering ballistic missile with a range of 750 km. It was born out of the specific requirements to miniaturise a nuclear weapon-tipped ballistic missile to fit the 11-meter diameter of the Arihant class submarine hull. The K-15 has a height of 10 metres at least five metres shorter than the Agni-1 missile which has a range of 700 to 1,200 km. The key according to a DRDO official lies in the new high energy solid rocket propellant designed for the K-15 by its Pune-based High Energy Materials Research Laboratory (HEMRL). The fuel not only has more energy than the solid fuel used in the Agni series solid propellant rockets, it also burns more efficiently.

“It was this discipline of making a missile small enough to fit the hull that drove us to perfect new technology,” a DRDO scientist says. A derivative of the K-15’s solid booster technology was first used for the anti-satellite weapon (ASAT) which successfully destroyed a satellite in low earth orbit on March 27, 2019. The Indian ASAT tested under the Mission Shakti programme uses a 13 metre tall three-stage interceptor called the PDV Mk 2 derived from the K-15 programme. (Wut ?

No the ASAT's booster is not derived from the K-15, it was derived from the K-4) A hypersonic land-based and nuclear-armed variant of the K-15, the Shaurya, completed its tests a decade ago. It was recently cleared for induction into the Strategic Forces Command (SFC). The K-15 clearly is a strategic gift that keeps on giving.

The ‘K’ factor in the recent missile tests
Reactions: SammyBoi, Parthu, Aditya b7777 and 3 others
G 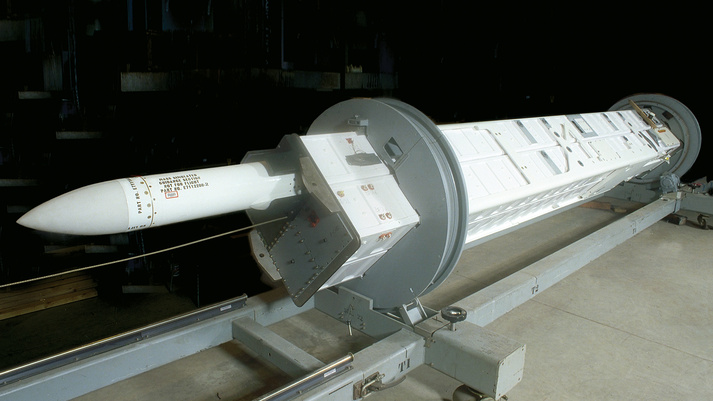 BAE Systems and Lockheed Martin have teamed to produce the Vertical Launching System (VLS) Mk 41 for current and future naval surface combatants. As the U.S. Navy's VLS Mk 41 mechanical design agent, BAE Systems has more than 30 years of experience in the development, production and support of... 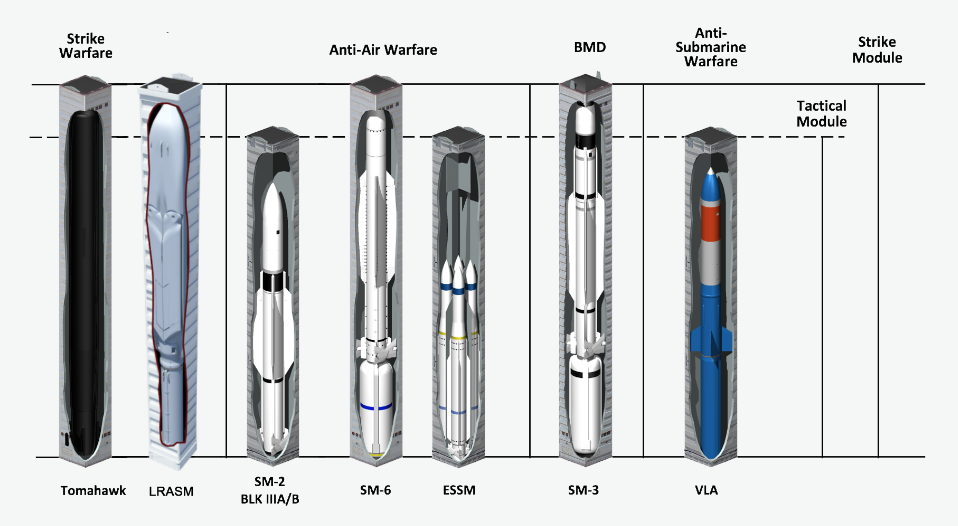 DRDO is developing a whole host of new missiles. Do they have any plans for common vls atleast now?

BAE Systems and Lockheed Martin have teamed to produce the Vertical Launching System (VLS) Mk 41 for current and future naval surface combatants. As the U.S. Navy's VLS Mk 41 mechanical design agent, BAE Systems has more than 30 years of experience in the development, production and support of...

DRDO is developing a whole host of new missiles. Do they have any plans for common vls atleast now?

For CMs, yes. For SAMs, it's not been mentioned yet, but will be the goal. But it's gonna take a long time to see one in action, 'cause there are no newly designed capital ships inductions this decade. NGD is expected to happen later this decade, with inductions happening the next decade.

Now What is this. 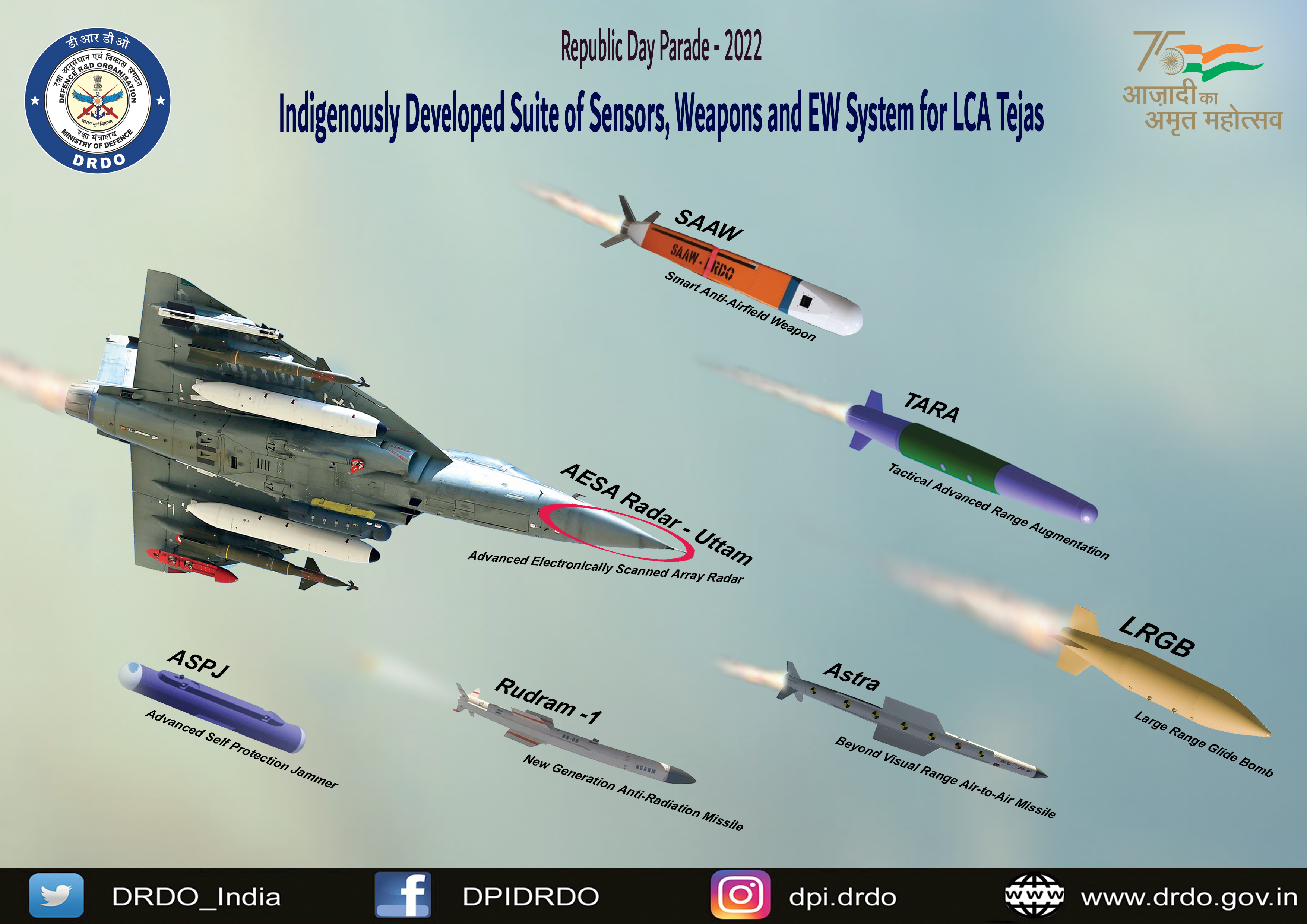 Tejas is fitted with ‘Advanced Self Protection Jammer’ designed to provide protection from acquisition radars, fire control radars, anti-aircraft artillery and airborne multirole radars. Developed by electronic laboratory at Hyderabad, it provides the electronic warfare capability for the LCA. Integration of these weapons, radar and EW systems with LCA is an important step towards increasing the indigenous content of systems and makes the LCA mission ready.

Reactions: Aditya b7777, Amarante, Shekhar Singh and 3 others
S

_Anonymous_ said:
Check out the video especially the scene @4:00 min to confirm , if you like , the accuracy of the Brahmos.
Click to expand...

It is a South Korean air-launched cruise missile currently under development called Cheonryong. The footage has been taken, without credits of course, from a Korean test video that was released in September 2021 in the official channels of DAPA, MND and Cheongwadae : 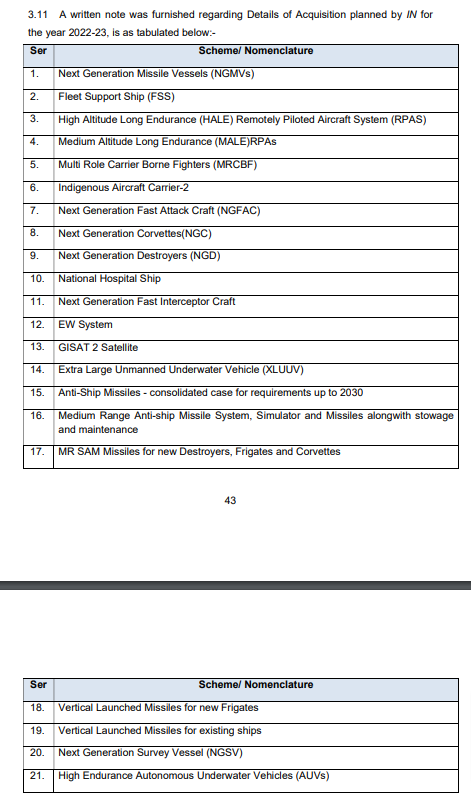 Barak 8 name for navy is LRSAM. Does that mean a new MRSAM is coming up?

Barak 8 name for navy is LRSAM. Does that mean a new MRSAM is coming up?

Navy LRSAM has been renamed as MRSAM according to saurav jha.
Reactions: STEPHEN COHEN and Ashwin

Chain Smoker said:
Navy LRSAM has been renamed as MRSAM according to saurav jha.
Click to expand...

Oh then it makes sense.

I was expecting an indian replacement for Barak 8 + MFSTAR combo as it's very expensive. Based on Akash-NG.