Haqqani terrorist, 2 others killed in US drone strike in NW Pakistan

PESHAWAR: At top terrorist of the Haqqani network along with two others were killed today when a US drone struck a home near Pakistan's restive tribal Kurram agency bordering Afghanistan, media reports said.

Two missiles were fired from the drone at the house in Speen Thall area - on the confluence of borders between Hangu district of Khyber-Pakhtunkhwa and Orakzai agency.

The drone strikes, carried out by US spy planes, targeted the house belonging to Afghan refugees, the report said.

Local sources belonging to the Orakzai Agency said that the strike was carried out on the Haqqani Network hideout.

On January 17, in the first drone strike of the year, one man was severely injured in Kurram agency's Badshah Kot area near the Pak-Afghan border.

Drone strikes have surged in Kurram agency in the wake of US President Donald Trump's announcement of a new Afghan policy in August, in which Pakistan was also accused of offering "safe havens to agents of chaos".

Pakistan has repeatedly said that drone strikes on its soil are a violation of its sovereignty and denies the charge, saying it acts against militants without discrimination.

Taliban leader Mullah Akhtar Mansour was also killed in one of such strikes in 2016.

these visuals first came on indian media, Pakistani media can not show these visuals because first they need to get approval from FEKU ISPR propaganda cell. lets wait for FEKU response , with what excuse feku will come this time. this surgical strike by US drone was done in deep pakistan. in orakzai agency in NW. 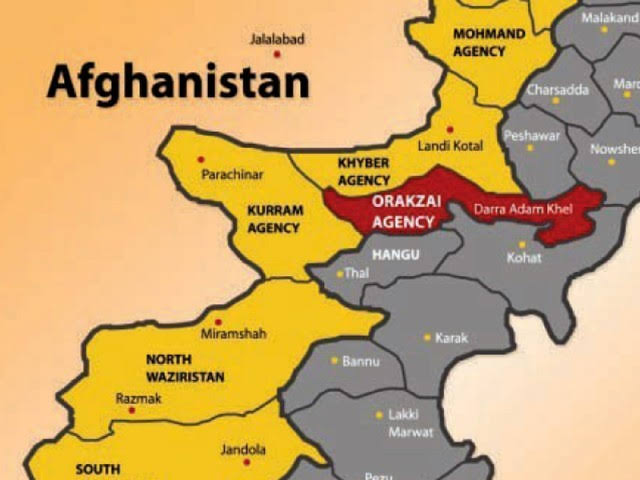 This is the Last Warning to America by Pakistani Air Chief Sohail Amaan in 2017:

Look forward to seeing how the Air chief, ISPR and the rest of the cronies attempt to deflect, defend or justify this piece of news. According to the morons Haqqani Network is not operating in Pakistan. If thats the case then how has this happened?
Time for some answers - stop the lies - start speaking the truth or expect international humiliation.
Reactions: nair

Pakistan on Wednesday condemned United States (US) drone strikes in Kurram Agency, admonishing Washington for taking "unilateral actions... [that] are detrimental to the spirit of cooperation between the two countries in the fight against terrorism."

Sources within the political administration of Orakzai Agency's Speen Thal Dapa Mamozai area said that the drone strikes had targeted a house belonging to Afghan refugees, while local sources in Orakzai Agency said the strike was carried out on a Haqqani network hideout.

The Foreign Office (FO) issued a statement condemning the strike "carried out by the Resolute Support Mission (RSM) this morning, which targeted an Afghan refugee camp".

"Pakistan has continued to emphasise to the US the importance of sharing actionable intelligence so that appropriate action is taken against terrorists by our forces within our territory," the FO said.

"Pakistan has also been stressing the need for early repatriation of Afghan refugees as their presence in Pakistan helps Afghan terrorists to melt and morph among them," the statement added.

On January 17, in the first drone strike of the year, one man was severely injured in Kurram Agency's Badshah Kot area near the Pak-Afghan border.

Two people were killed on December 26, 2017 in a drone strike which targeted a vehicle. The strike occurred in the Mata Sangar area of Kurram.

In the same month, last year, a US drone had fired a missile at a compound in the same area. The missile had been fired at the compound at around 9pm, but no casualty was reported.

In November 2017, three suspected militants were killed in another drone strike targeting a militant compound in Afghanistan's Paktia province near the Pak-Afghan border.