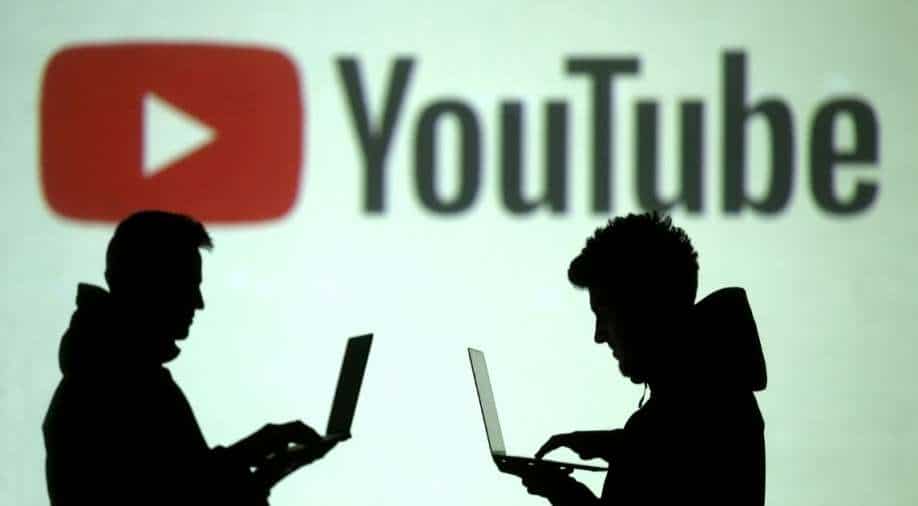 20 YouTube channels, two websites taken down under IT Act for ‘anti-India’ propaganda: Report

Invoking for the first time the recently notified intermediary guidelines and digital media ethics code under the Information and Technology (IT) Act, 20 YouTube channels and two websites were banned by the Indian government for allegedly running ‘anti-India’ propaganda from Pakistan, according...

Invoking for the first time the recently notified intermediary guidelines and digital media ethics code under the Information and Technology (IT) Act, 20 YouTube channels and two websites were banned by the Indian government for allegedly running ‘anti-India’ propaganda from Pakistan, according to reports.


According to Economic Times (ET) newspaper, which cited sources, Information and Broadcasting (I&B) secretary Apurva Chandra wrote to YouTube and the Department of Telecom, directing them to immediately block the content which impinges the sovereignty and integrity of India.

According to the reports, the contents were “blasphemous” in nature and were being funded by Pakistan’s spy agency Inter-Services Intelligence (ISI).


It was first flagged by the Indian security agencies, following which the I&B ministry conducted an inquiry.

Among the sites that were taken down include ‘Naya Pakistan’, which had over two million subscribers on YouTube. It was reportedly running “false news” on issues such as Kashmir, farmers’ protests against the farm laws and Ayodhya.


Another portal that was banned is ‘Naya Pakistan Group’, which ran over 15 channels on YouTube and had a following of more than a million subscribers.


According to the reports, the channel ran contents like ‘PM Modi concedes defeat in Kashmir; Article 370 restored’, ‘Taliban Army leaves Kabul for India’, ‘Taiyyap Erdogan sends 35,000 mercenaries for Kashmir’, and the ‘Turk Army enters Ayodhya Ram Mandir to Take revenge’— all of which were seen by the ministry as a “concerted effort to sow unrest in India”.


Under section 16 of the IT Rules, the I&B ministry can block content that is considered “necessary or expedient and justifiable to block”.


Officials said the decision to ban and block these channels and websites will be presented before the Inter-Departmental Committee (IDC) within 48 hours, following which it will be ratified by a committee under the IT Rules, 2021, ET reported.


(With inputs from agencies) 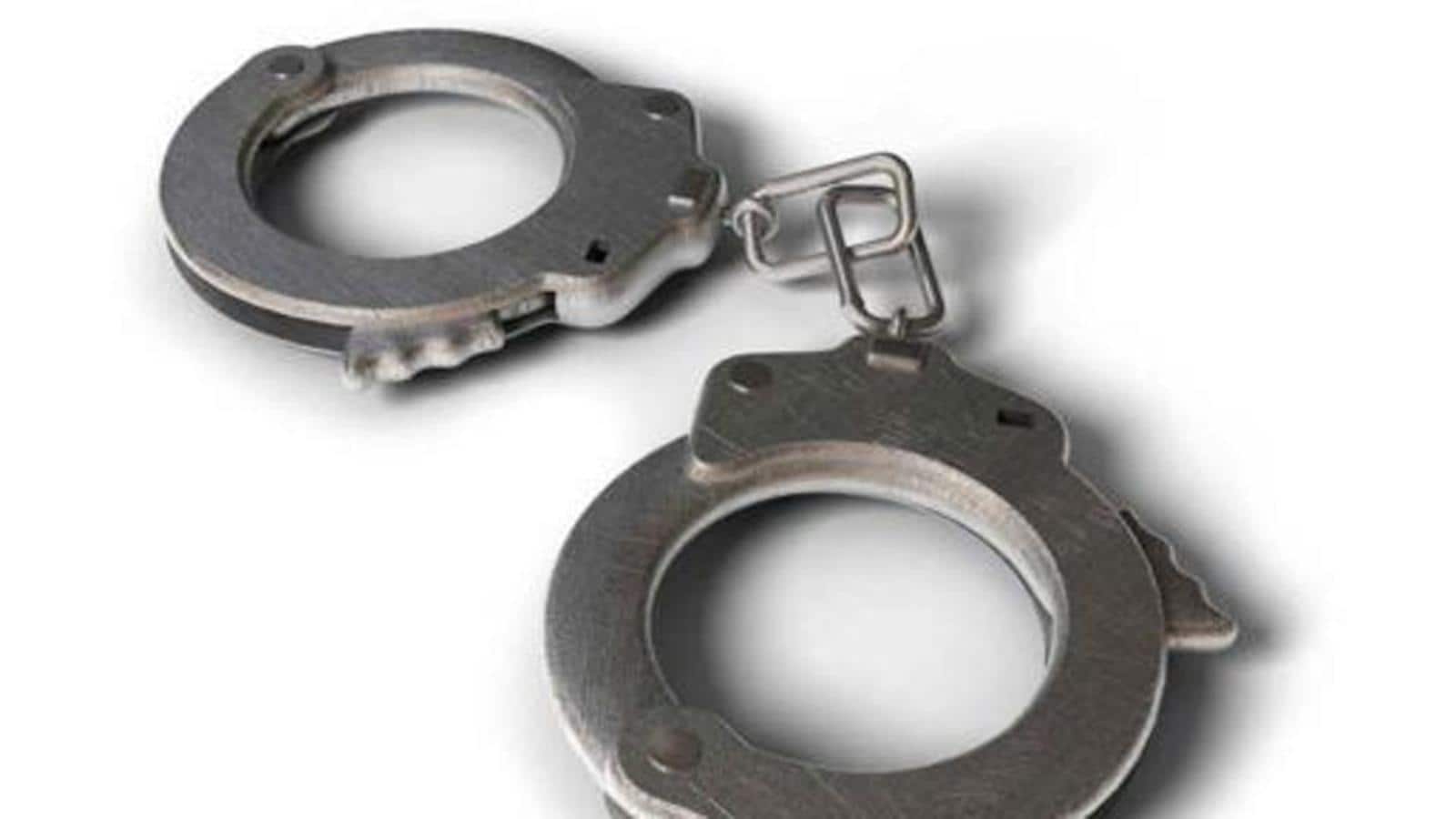 A man working as a porter with the Army and his relative, both residents of Nowshera, were picked up by a joint team of the Army and police on specific information late on Saturday, they said.

NIA says 'no reports on Multani’s involvement in the Ludhiana court blast yet', adds that he had never been on their radar earlier. Punjab Police, however, have a record of him.

New Delhi: A National Investigation Agency (NIA) team will soon leave for Germany to investigate a case against Sikhs For Justice (SFJ) member Jaswinder Singh Multani, who is allegedly planning attacks in Mumbai and other parts of India with the support of operatives from Pakistan’s Inter-Services Intelligence (ISI) and his Punjab-based associates, sources in the agency told ThePrint.


The NIA had last month registered a case under criminal conspiracy charges and the Unlawful Activities (Prevention) Act, 1967, against Multani and other operatives of the SFJ — a US-based pro-Khalistan group banned in India for its secessionist activities — for “conspiring to carry out terror attacks in India and revive militancy in Punjab”

This case has no connection with the blast at Ludhiana’s district and sessions court complex that took place on 23 December 2021, agency sources said.


Multani was detained in Germany on 28 December, 2021 after Indian agencies got in touch with investigators in the European nation regarding some inputs about his alleged involvement in a terror conspiracy, but was let off after questioning.


“A team will head to Germany to question Multani in the case that we registered against him and other operatives after we received reliable inputs. Once we have enough evidence, the process of arrest and extradition will also be initiated. We are in constant touch with the German authorities,” a source in the agency said.

Multani, the source added, is in contact with “ISI operative Jibran as well as a Pakistan-based smuggling network involving history-sheeters Rana Taseem, Imran and others, and is actively pursuing a conspiracy to carry out attacks in Mumbai and other parts of India, with support of his Punjab-based associates”.


Multani, however, has denied his involvement in terrorism conspiracies. According to a video issued by the SFJ’s general counsel Gurpatwant Singh Pannun last month, Multani said his fight was one of the “pen”, not “weapons”. He also said the Indian authorities were trying to defame him and the SFJ.

It has also been learnt that the terror organisation is preparing to carry out the operation with five individuals who will be dressed in Sikh attire.

New Delhi: Mere days into 2022, it is learnt that Pakistan has sought to infiltrate India through the Kartarpur Corridor route. According to intelligence sources, Pakistan's Inter-Services Intelligence (ISI) had given the responsibility for the same to the Lashkar-e-Taiba (LeT).


It has also been learnt that the terror organisation is preparing to carry out the operation with five individuals who will be dressed in Sikh attire. As per sources, this infiltration attempt is likely to be made in the near future. The ISI - Pakistan's premier intelligence agency - is expected to provide all documents and facilities to enable the same.


The group has been given two weeks of commando training under ISI supervision in a terror camp in Sakargarh and are associated with the LeT Tanzeem outfit. The source also named two people from the group as Mohd Gulzar Maghre and Mohd Sahjada Bande. They have been instructed to go to Gurdaspur and Pathankot in Punjab.

Inaugurated by Prime Minister Imran Khan in 2019, the visa-free 4.7-kilometre stretch connects India to Pakistan. The Kartarur Corridor links the Gurdwara Darbar Sahib (the final resting place of Sikhism founder Guru Nanak Dev) to the Dera Baba Nanak shrine in Gurdaspur district of Punjab. The corridor had been reopened on November 17 last year after remaining shut amid the COVID-19 pandemic.


This will get dirty, because after a long time ISI has hit the civilians again in India, it started from the civilian killings in Kashmir last year.

New Delhi [India], January 9 (ANI): Delhi Police have identified 46-Pakistan-based Twitter handles which were engaged in spreading a fake video in which culprits tried to show that a Cabinet meeting is discussing a matter which is "against Sikh community", informed the police.

This fiction was passed on to Russia and China to prove India’s ‘anti-Russia and anti-China policies’.​


New Delhi:As part of a carefully orchestrated disinformation campaign, Pakistan’s intelligence agency, the Directorate of Inter-Services Intelligence (ISI) has passed off a 20-year-old Indian space observatory as an establishment that is being used to spy on Russian and Chinese defence assets inside their borders.
This fiction, officials said, was passed on as “credible” input by the ISI to the relevant people in Russia and China “sometime” ago as an example of India’s “anti-Russia and anti-China policies”, while attributing the same to the increased coordination between India and the United States.
The establishment in question is more than a 20-year-old Indian Astronomical Observatory at Mount Saraswathi, Hanle, Ladakh, which is situated at an altitude of 15,000 feet above sea level, north of the Western Himalayas.
The satellite communication link to this observatory was inaugurated by the then Chief Minister of Jammu and Kashmir, Dr Farooq Abdullah in June 2001.
This observatory, among other things, operates a 2m-Himalayan Chandra Telescope (2m-HCT), which is remotely controlled from the Centre for Research & Education in Science & Technology (CREST), Indian Institute of Astrophysics, Hosakote, Bangalore. The observatory is regarded among the backbone facilities for research in astronomy in India and it also operates multiple weather monitoring instruments including an all-sky camera and an automated weather station.
In recent times, the observatory has seen the installation of infrastructure like a High Energy Gamma Ray Telescope (HAGAR), a Major Atmospheric Cerenkov Experiment Telescope (MACE) and an Imaging Atmospheric Cerenkov Telescope (IACT).
These recent additions, as per photographs seen by this newspaper, have been passed off as assets that India is using to spy on Russian and Chinese defence preparations.
Apart from being shared with Russia and China through official dossiers, the same fiction was shared by the ISI with a select group of Twitter handles for larger dissemination in the public domain and to create an anti-India narrative among the general public in these two countries.
Contrary to the claim by the ISI, this observatory is open to tourists in general. However, since it is in close proximity to the International Border, an inner line permit is required to visit Hanle, the nearest village to the observatory, which has a population of 1,000 people and is located at a distance of about 255 km from Leh.
Show hidden low quality content
You must log in or register to reply here.
Share:
Facebook Twitter Reddit WhatsApp Email Share Link
Top Bottom