In a previous post I had asked you to get a new eye doctor. Unsolicited but with good intent

Naxals are not fighting to get freedom. They are fighting for a regime change.

Again the internet is not just for memes
Reactions: safriz and jetray
V

Sameer Sabzal operates Death squad in Turbat, he was previously charged with murder of a Baloch women.

Baloch Samachars were tracking the movements of death squad members for almost an year to bring the criminals to justice. 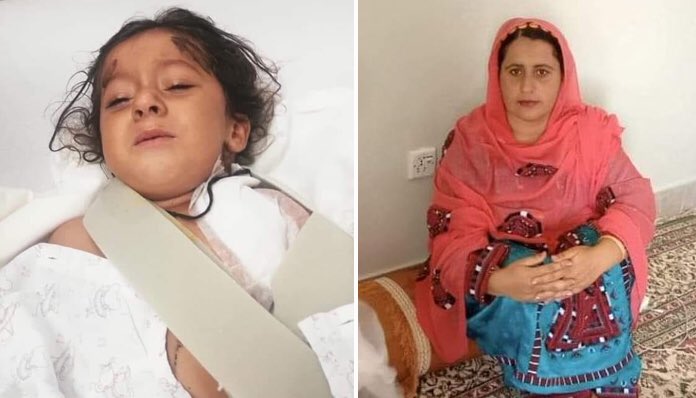 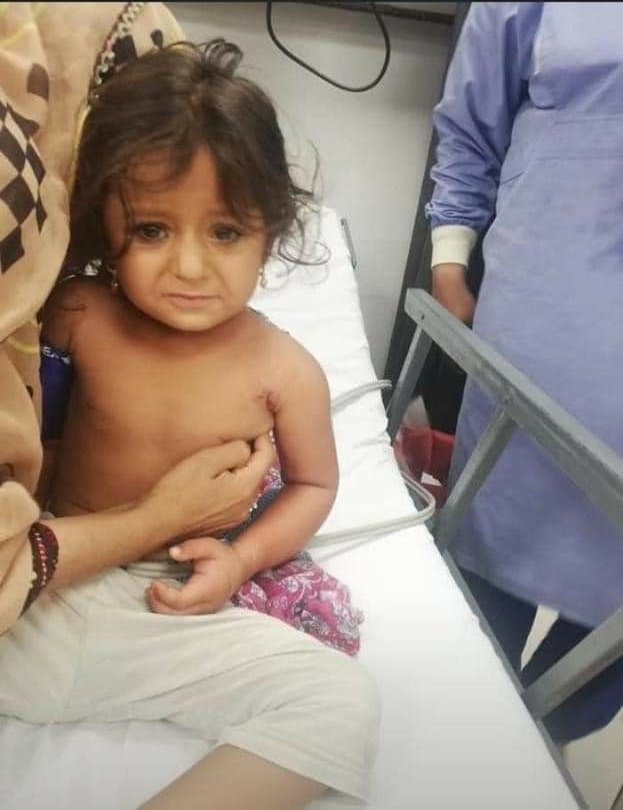 *BLF Claims Responsibility for Attack on Pakistan army in Jahu*

Balochistan Liberation Front spokesman Major Gwahram Baloch claims responsibility for the attack on the Pakistan army in Awaran district and said that after the attack in Jhal Jahu on yesterday, the occupying army today turned to the mountains in a daze and tried to chase and target the freedom fighters.

Earlier, the Sarmachars ambushed and attacked the Pakistan army, two motorcycles of the convoy came under heavy attack in which two motorcyclists were killed and two others were injured.

Major Gwahram Baloch said that attacks on the occupying army would continue till the independence of Balochistan. 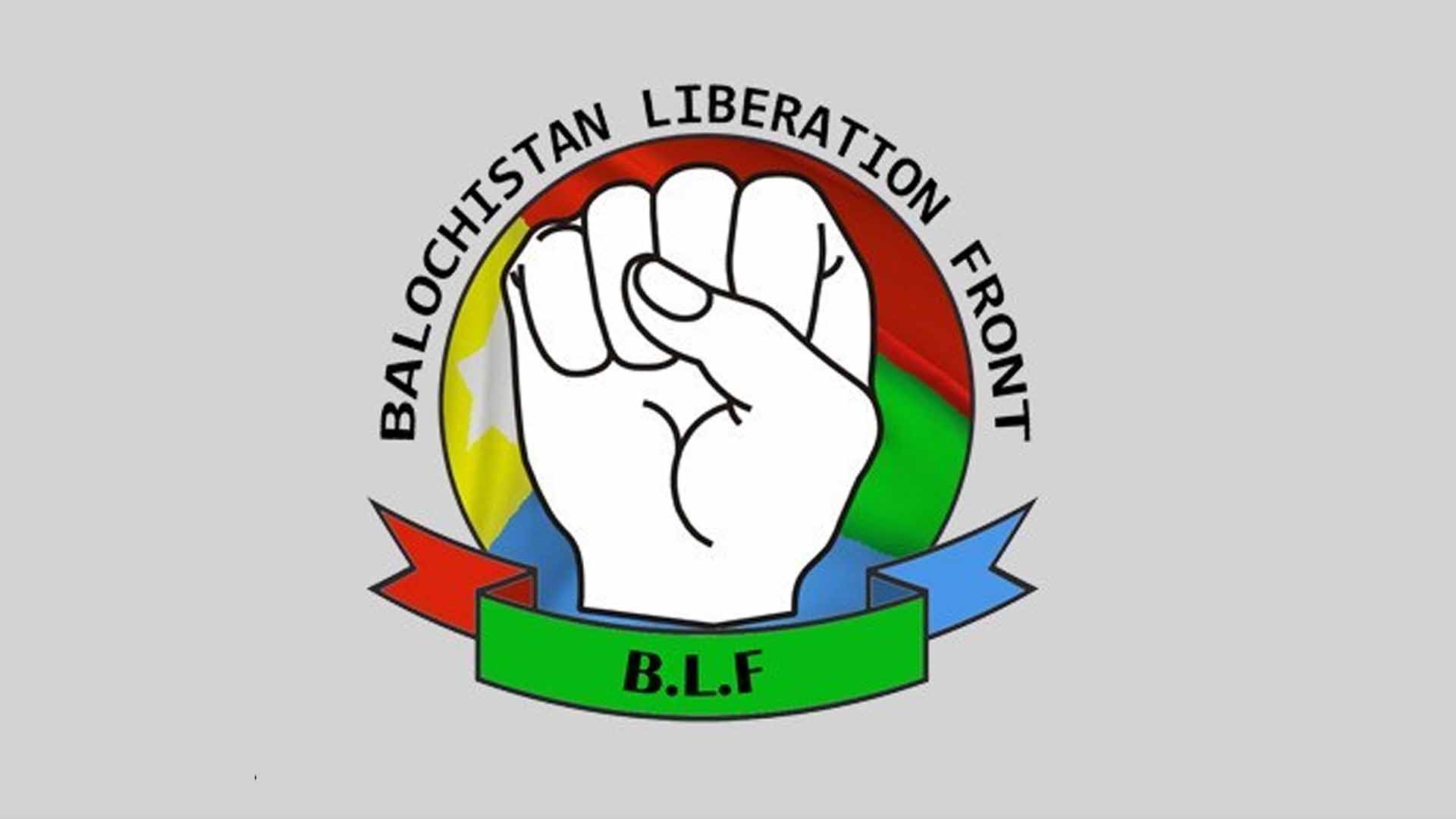 Major Gwahram Baloch said that attacks on the occupying army would continue till the independence of Balochistan.


Maj. Gwahram Baloch said in a statement issued to the media from an undisclosed location that on Thursday, the Sarmachars attacked a newly constructed check post in Bansar area of Mand in Kech district and killed two occupying army personnel with snipers and heavy weapons. ۔


Major Gwahram Baloch said that on Thursday, a hand grenade was hurled at a check post of the occupying army at Nazar Chowrangi in Hub city, which fell inside the check post. One official was killed. In response, passers-by were reportedly injured by Pakistan army firing.

Zrumbesh |The way of Freedom

Radio Zrumbesh English is part of a multi language media network. Working under Zrumbesh Broadcasting corporation Which is an autonomous body under BNM.

The attack was carried out in the context of the current Deputy Commissioner Kharan Abdul Salam Achakzai's special relationship with the Pakistani army. At the behest of FC and intelligence agencies, he takes advantages of his power to harass his subordinate Baloch employees in the area and also intimidates them into joining conspiratorial programs organized by the Pakistan Army.

Our such attacks will continue till the establishment of an independent homeland.
Reactions: Killbot
V

BLA fighters eliminated head of a death squad in Turbat

Fighters of Baloch Liberation Army (BLA) last night targeted and eliminated Mullah Uzair in Sheh Kahn area of Turbat. Mullah Uzair headed a death squad that was formed by at the behest of enemy forces.

Mullah Uzair and his group have been involved in raiding houses of Baloch civilians along with Pakistani military. He was also involved in abduction and killing of several Baloch activists. In the recent military operations of February 2021 he directly abetted Pakistani military in Shorma and adjacent mountains of Nasir Abad.

BLA also warns the public to refrain from visiting the remote mountainous areas of Shorma in Nasir Abad. They should limit their visits to picnic spots only as Pakistani spies have been visiting the areas in disguise. Therefore, to avoid any mishap the public should not venture into the remote areas.

BLA continue to target all elements involved in activities against Baloch activists and civilians. 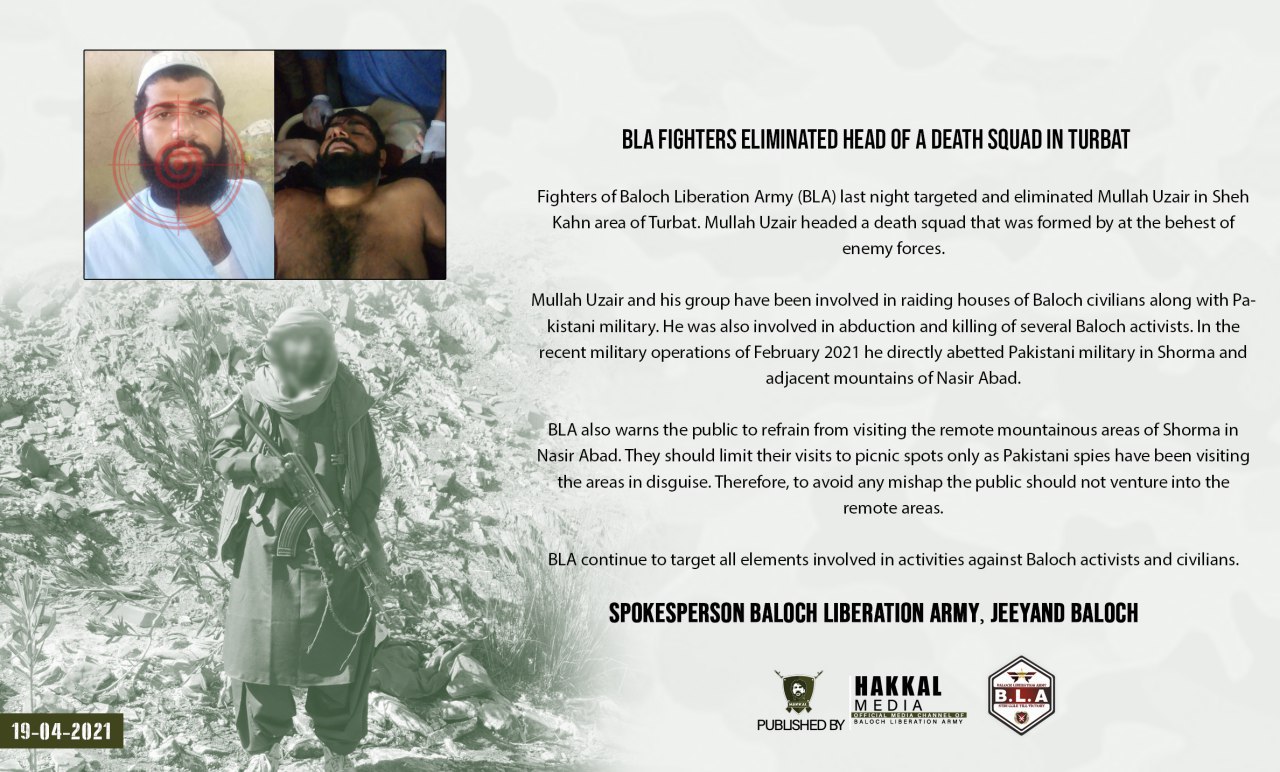 Atleast do a basic google search on who naxals are and why they're fighting instead of blindly tryna win an argument...