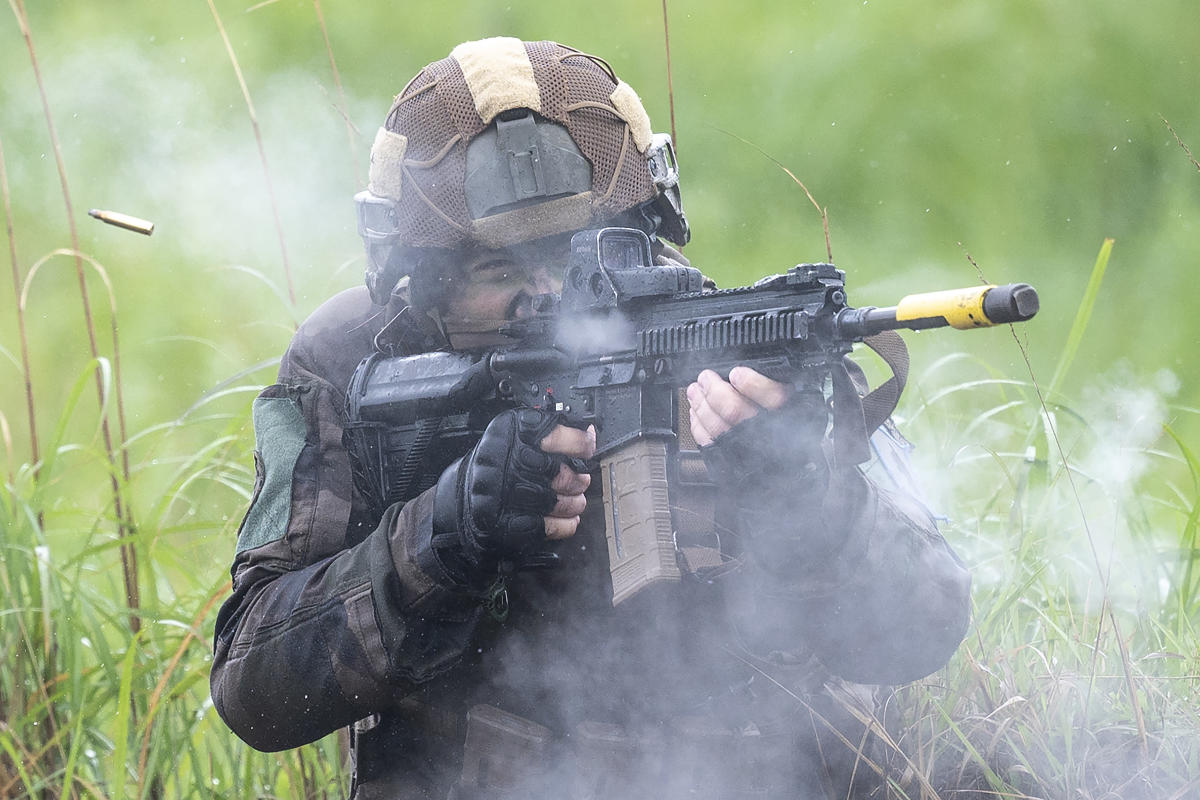 The three nations’ first joint drills on Japanese soil — dubbed “ARC21” and which began Tuesday — come as they seek step up military ties amid growing Chinese assertiveness in the region. Japanese soldiers and their counterparts from the French army and the U.S. Marine Corps also conducted an... 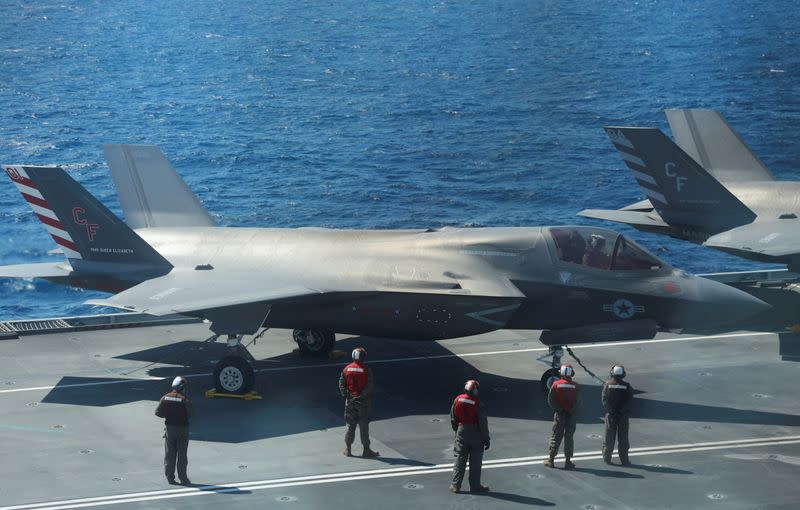 The maiden voyage of a new British aircraft carrier will seek to show allies that post-Brexit Britain is ready to defend Western interests and eager to see China respect international rules, the vessel's commander said. HMS Queen Elizabeth took part in NATO exercises in the Mediterranean this... 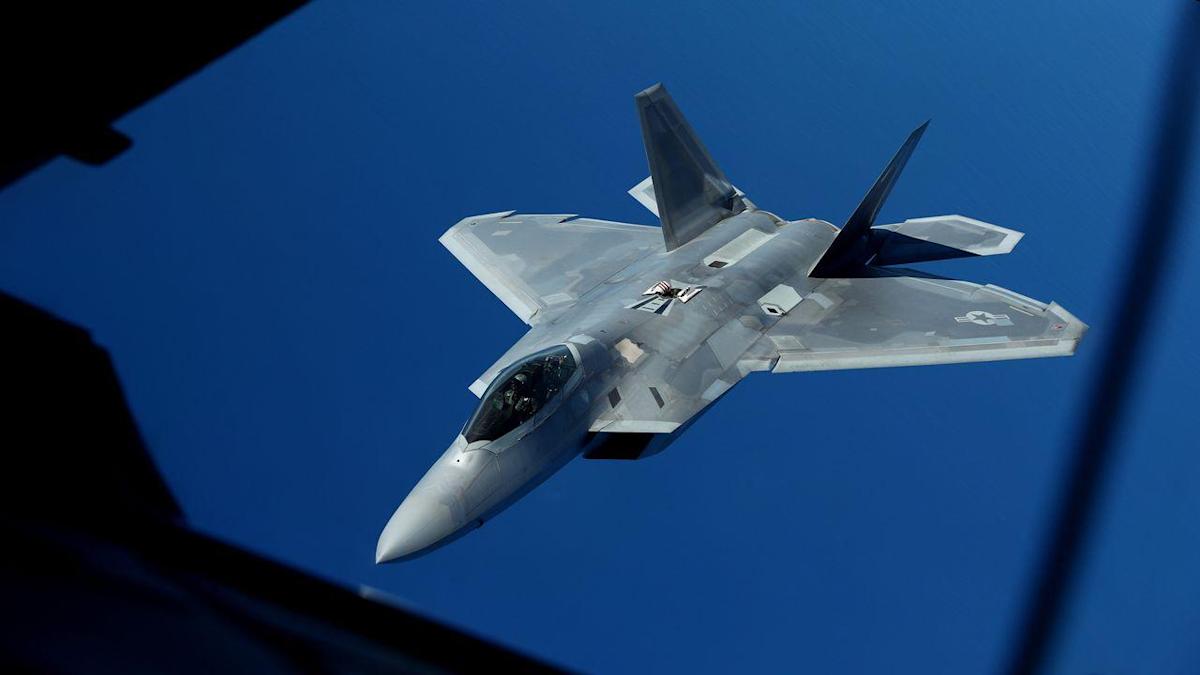 The U.S. Air Force announced it will send more than two dozen F-22 fighter jets to an exercise in the western Pacific, CNN reports.Why it matters: Analysts say that sending that many jets sends a clear message to China as tensions between Beijing and Washington escalate, CNN notes. Get market... 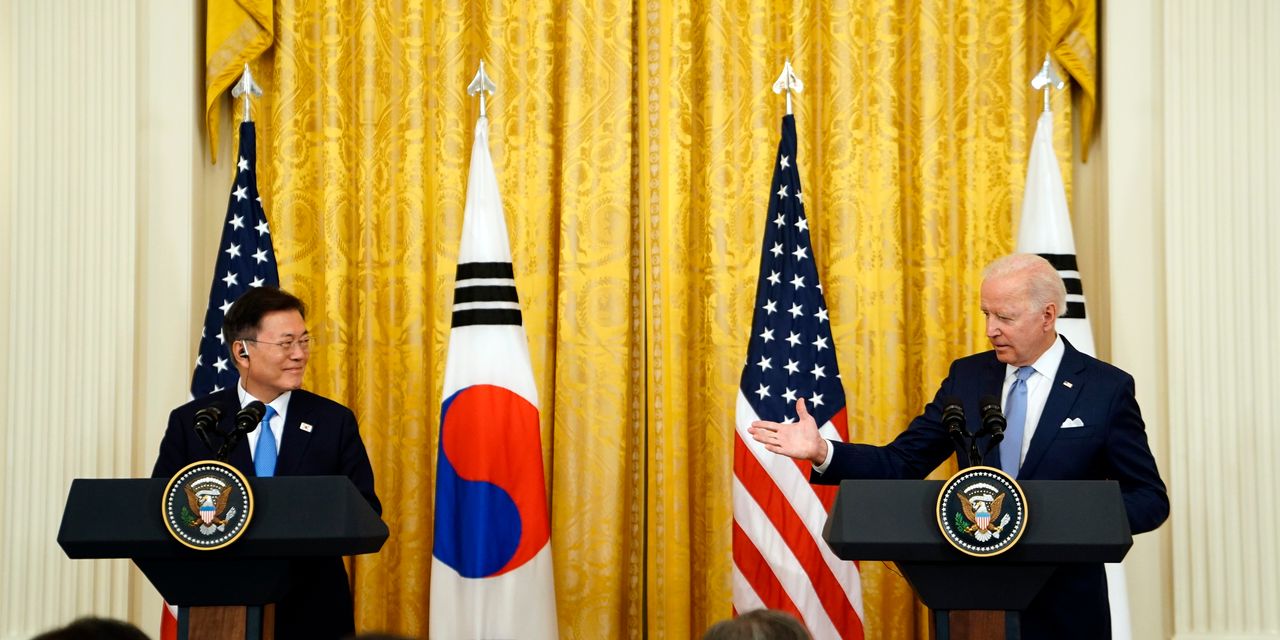 That's interesting because now they're stepping on Russia's toes in the SCS.

BMD said:
That's interesting because now they're stepping on Russia's toes in the SCS. 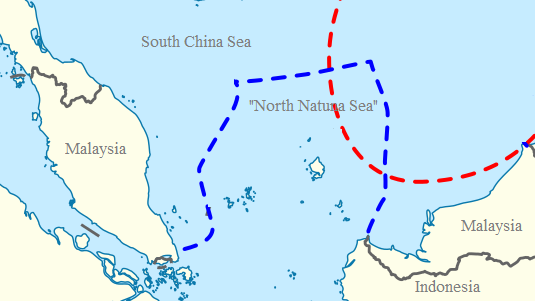 The Chinese are going to learn it the hard way someday.
Reactions: Lolwa and BMD

Significantly, the appraisal drilling is funded by Russia’s state-backed Zarubezhneft and the incident underscores the fact that Moscow’s energy interests in the South China Sea are increasingly being threatened by China.
In May, the Russian company acquired a 50% share in the Tuna block that is being appraised, and is operated by Premier Oil, now a Harbour Company.
Click to expand... 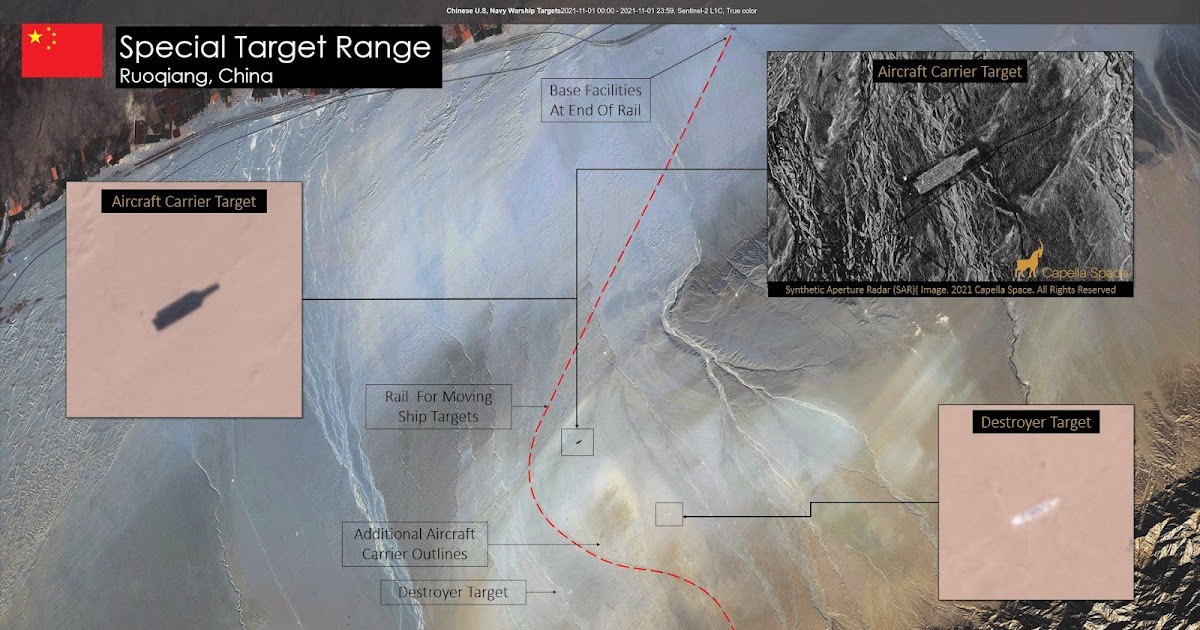 We Know What China Wants to do

The only logical question for us is, " What are we going to do about it? " On Sunday, H.I. Sutton and Sam LaGrone over at USNINews brought...

We Know What China Wants to do​

The only logical question for us is, "What are we going to do about it?" 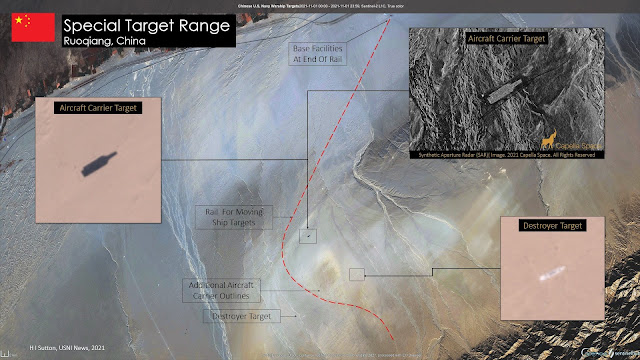 On Sunday, H.I. Sutton and Sam LaGrone over at USNINews brought a few visuals that should grab your attention;

The Chinese military has built targets in the shape of an American aircraft carrier and other U.S. warships in the Taklamakan desert as part of a new target range complex, according to photos provided to USNI News by satellite imagery company Maxar.
The full-scale outline of a U.S. carrier and at least two Arleigh Burke-class destroyers are part of the target range that has been built in the Ruoqiang region in central China. The site is near a former target range China used to test early versions of its so-called carrier killer DF-21D anti-ship ballistic missiles, according to press reports in 2013.
This new range shows that China continues to focus on anti-carrier capabilities, with an emphasis on U.S. Navy warships. Unlike the Iranian Navy’s aircraft carrier-shaped target in the Persian Gulf, the new facility shows signs of a sophisticated instrumented target range.
Click to expand...

There is no reason to get all that excited about this. China realists should welcome this as it may help get the attention of those who have not fully realized the most likely Chinese Course of Action.
They know that the greatest threat to their plans for their end of the Pacific is the US Navy.
Don't get distracted by talk of grand Chinese breakthroughs in space, electronic warfare, or cyber - though they are real and a threat - because they are supporting and not supported efforts.
The Chinese main plan - their supported effort - is to lure in and then destroy as much of the US Navy and its supporting infrastructure west of Wake as it can as early as possible in the Pacific war that we all expect to come. They are confident enough of their capability to effectively strike static targets that they are moving on to refining hitting moving targets.
No use to ignore the threat, or retreat from the fact that in order to properly defend and support our allies, we not only have to go west of Wake, but west of Guam and well inside the first island chain.
Acknowledge the challenge. Accept the challenge. Welcome the challenge.
Let the Chinese do what they will - we cannot stop them while at peace - but we can do what we need to.
First, we need to counter the threat with an ability to degrade and as much as possible destroy their ability to effectively locate and track our forces.
How is our anti-satellite capability?
How is our offensive cyber ability?
How is our crypto breaking?
How is our offensive EW?
How is our dirty tricks/spoofing cadre?
How "quiet" can we operate along the electromagnetic spectrum?
Those are just a few of the top "soft" capabilities we need.
How is our ship based anti-ballistic missile/hypersonic capability? How many do we need to carry? How many in magazines? How many can industry produce per month?
How effective is our long range conventional strike capability? How many in magazines? How many can industry produce per month?
How are we on ensuring that our ship based cruise missiles have the range they need? How many do we need to carry? How many in magazines? How many can industry produce per month?
(NB: if in your head you don't have a matrix of VLS cells per ship and are marking off real estate, you're doing it wrong.)
What are we doing to extend the range of our airwing and the weapons they carry?
I am not interested in your PPT-thick vaporware that might show up by 2040. No, I need to know what you will have ready to deploy in number by 2025. Save Futurewar for another brief, later, on someone else's schedule.
Have we effectively modeled what we need for damage control when faced by near misses or glancing blows by ballistic missiles and hypersonics? No, you can't assume every hit is a direct hit or cracks the ship in half. That will happen, but a few thousand years of warfare tells us that won't happen every time.
Have we effectively modeled how we will repair ships to get them back in the fight as soon as practical? Do we have what we need to do that?
Have we effectively modeled how we are going to conduct reloads of VLS cells forward? Do we have what we need to do that?
Regulars here know the answer to much of the above.
I think we can all agree there is much work to do.
Now, who is doing it?
A final note, for those who would like a quick and fascinating read on the Taklamakan desert that the Ruoqiang is part of, I can not recommend more highly Peter Hopkirk's Foreign Devils on the Silk Road.
Since I discovered the history of it in the 1990s, I've always been interested in news coming out about the Taklamakan. The place is just a brutal part of the world. If you wonder what "Taklamakan" might mean, I've read this in a few places, including Hopkirk;

North Natuna Sea
SYDNEY/JAKARTA, Dec 1 (Reuters) - China told Indonesia to stop drilling for oil and natural gas in maritime territory that both countries regard as their own during a months-long standoff in the South China Sea earlier this year, four people familiar with the matter told Reuters.

The unprecedented demand, which has not previously been reported, elevated tensions over natural resources between the two countries in a volatile area of global strategic and economic importance… 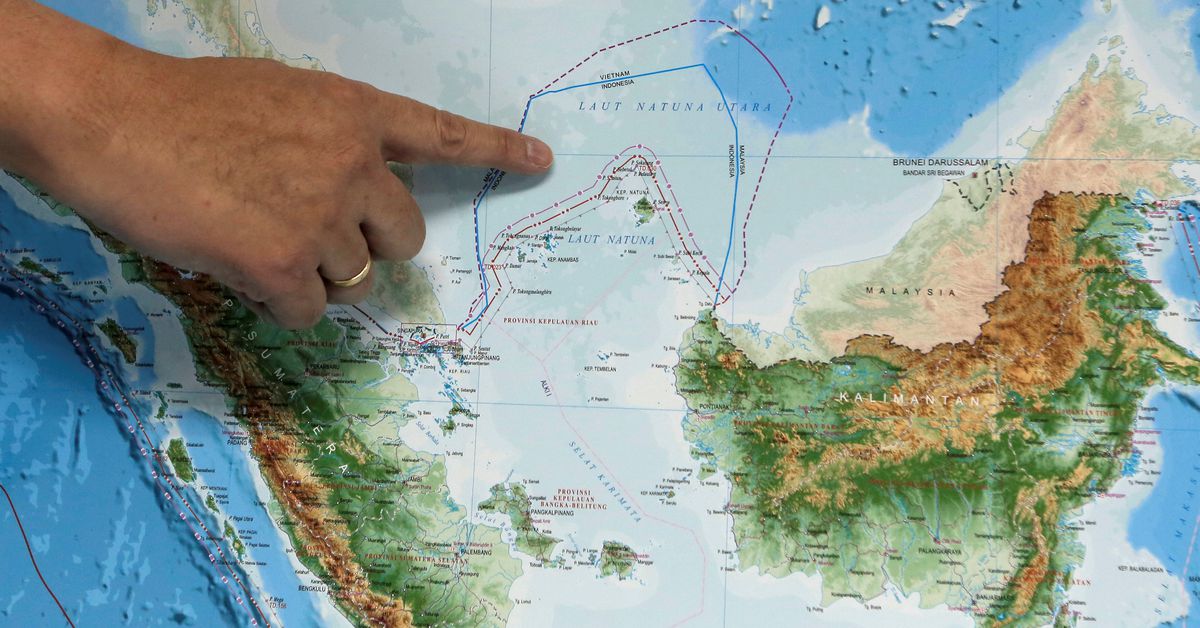 China told Indonesia to stop drilling for oil and natural gas in maritime territory that both countries regard as their own during a months-long standoff in the South China Sea earlier this year, four people familiar with the matter told Reuters. 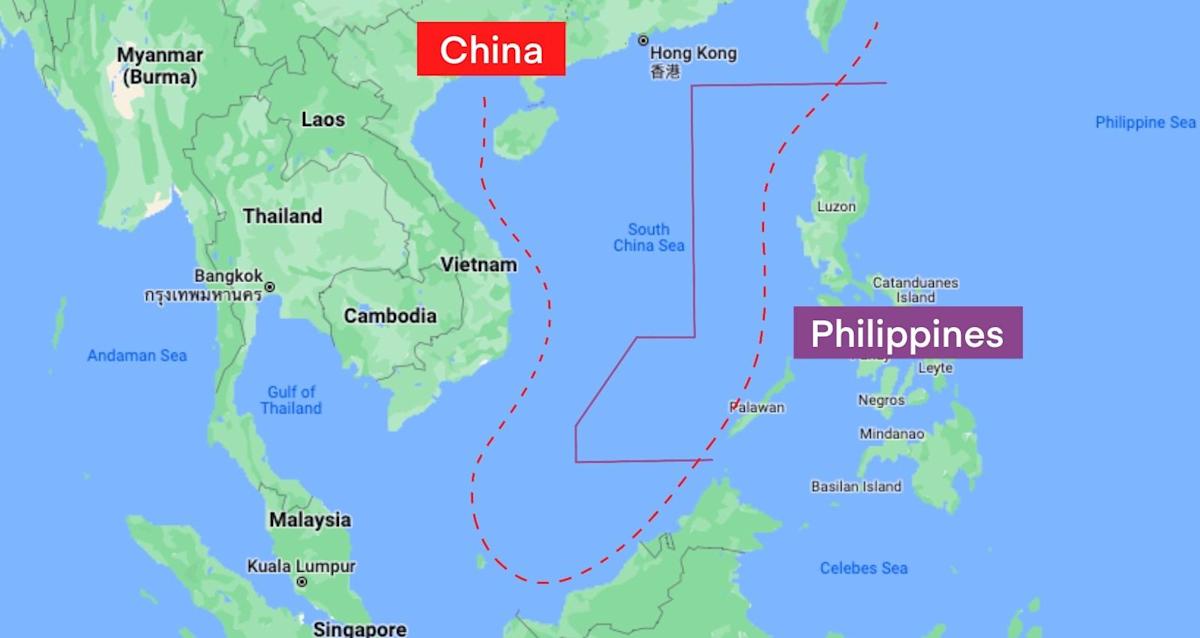 After a formal protest from the Philippines and a decisive warning from the U.S., China has backed down following its recent displays of aggression in the international dispute over sovereignty of the South China Sea. The clash reportedly occurred in an area leading to the Second Thomas Shoal —...