FILE PHOTO: A combination image of satellite photos shows Jiangnan Shipyard in Shanghai, China on October 3, 2018, April 17, 2019 and September 18, 2019. Mandatory credit CSIS/ChinaPower/Maxar Technologies and Airbus 2019/Handout via REUTERS
​
The images of the Jiangnan shipyard outside Shanghai were taken last month and provided to Reuters by the non-partisan Center for Strategic and International Studies (CSIS), building on satellite photos it obtained in April and September last year.

Noting a series of pre-fabricated sections, bulkheads and other components stacked nearby, CSIS analysts say the hull should be finished within 12 months, after which it is likely to be moved to a newly created harbor and wharf before being fitted out.

The vast harbor on the Yangtze River estuary, including a wharf nearly 1 kilometer long and large buildings for manufacturing ship components, is nearly complete. Much of the harbor area appeared to be abandoned farmland just a year ago, according to earlier images CSIS analyzed.

It dwarfs an existing harbor nearby, where destroyers and other warships are docked.

“We can see slow but steady progress on the hull, but I think the really surprising thing these images show is the extensive infrastructure buildup that has gone on simultaneously,” said CSIS analyst Matthew Funaiole.

“It is hard to imagine all this is being done for just one ship,” he added. “This looks more like a specialized space for carriers and or other larger vessels.”

Singapore-based military analyst Collin Koh said the modern, purpose-built facility on a sparsely populated island in the Yangtze may provide better security than the congested shipyards of Dalian in northern China. It could also help deepen co-operation between commercial and military shipbuilders.

The London-based International Institute for Strategic Studies noted this year that China’s military shipyards were focusing increasingly on larger surface warships, “adding to the sense that Chinese naval-capability development may be entering a new phase.”

China’s military has not formally announced the plans for the third carrier, designated Type 002, but official state media have said it is being built.

The Pentagon said it in its annual survey of China’s military modernization, published in May, that work on the third carrier had begun.

China’s Ministry of Defence did not respond to questions from Reuters.

Funaiole said the latest images appeared to confirm the earlier photos, which suggested the latest carrier would be somewhat smaller the 100,000-tonne “supercarriers” operated by the U.S. but larger than France’s 42,500-tonne Charles de Gaulle.

The images are due to be released by the CSIS China Power Project later Thursday.

Asian and Western militaries are tracking developments closely. They say this carrier would represent a vital step in China’s ambitions to create a far-ranging navy that can project power around the world to serve Beijing’s expanding global interests.

A series of recent Reuters Special Reports showed how that effort is challenging decades of U.S. strategic superiority in East Asia. (Click this link to read the series: here)

It is expected to be China’s first carrier with a flat deck and catapult launch system, allowing the use of a wider range of aircraft and more heavily armed fighter jets.

China’s first two carriers, which it has dubbed Type 001-class, are relatively small, accommodating only up to 25 aircraft that are launched from ramps built onto their decks. U.S. carriers routinely deploy with nearly four times the number of aircraft.

Foreign military attaches and security analysts say the Type 001 ships are expected to essentially serve as training platforms for what they believe will be fleet of up to six operational carriers by 2030.

They say the construction and deployment of aircraft carriers is considered exceptionally difficult to master. Protecting such a large and vital surface target with escort ships, submarines and aircraft is a core part of the problem.

​
“The PLA navy is not saying much in detail about its plans now, but we can see from their building works that their ambitions are vast,” said one Asian military attache, who declined to be named because of the sensitivity of the matter. “And they will get there.”

Koh, a research fellow at Singapore’s S. Rajaratnam School of International Studies, said the new Jiangnan facilities looked permanent and reflected China’s long-held ambitions to bulk up its fleet with more carriers and other large vessels.

“We are talking about infrastructure being built quickly and on a large scale. It could well be the start of a ‘factory,’ if you like, for carriers and other very large vessels,” he said.

As expected, China continuing its amazing naval modernization drive as quickly and efficiently as possible. Will be a very interesting geopolitical scene in 10 years if China does amass 6 CBGs and retain such a large submarine fleet.

Deathstar said:
Is this the new aircraft carrier????????
Click to expand... 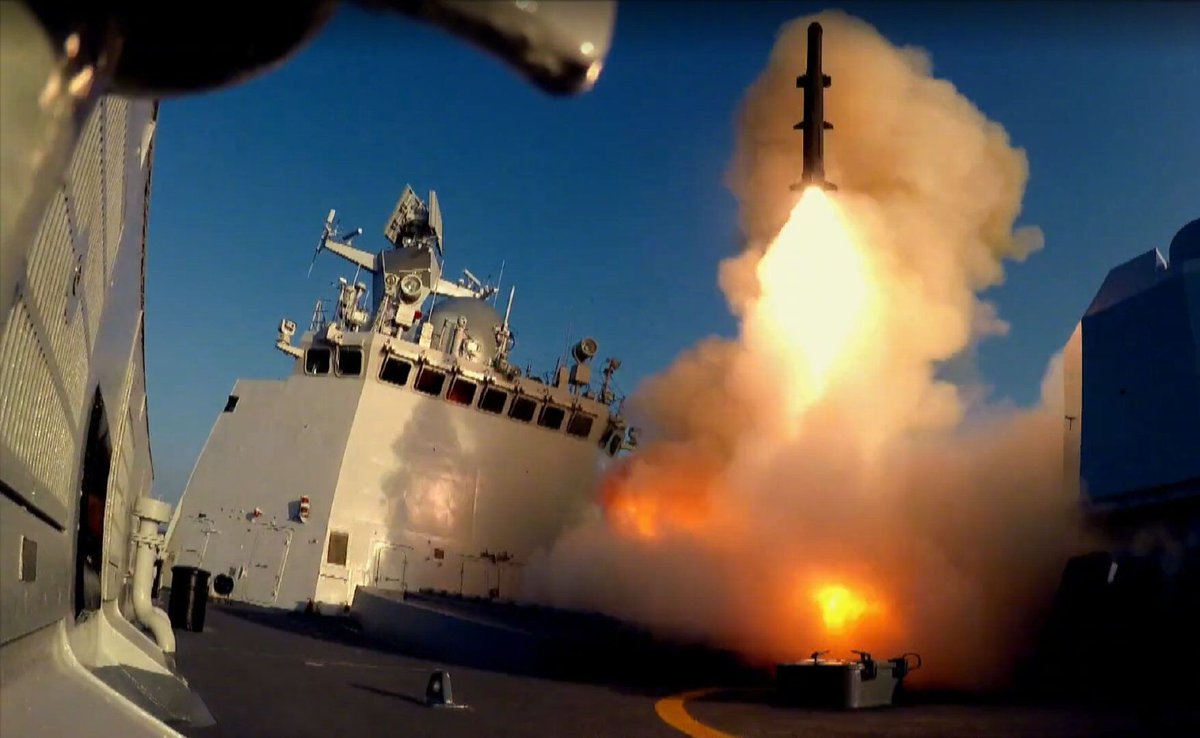 Chinese navy set to build fourth aircraft carrier, but plans for a more advanced ship are put on hold

H I Sutton (@CovertShores) Tweeted:
New article. #China warship construction illustrated. With photo analysis. There are more AAD destroyers in this photo of a single shipyard than the whole Royal Navy destroyer force. #Navy
The Chinese Navy Is Building An Incredible Number Of Warships (
https://twitter.com/i/web/status/1206203393167036417
)

Xi attended the commissioning ceremony in the southern province of Hainan Tuesday, according to state-run media, where the Shandong finally entered service as part of the People's Liberation Navy.

According to state-run news agency Xinhua, Xi presented a Chinese flag and a certificate with the ship's official name to the ship's captain and political commissar.

The Shandong, which uses conventional rather than nuclear propulsion, is the second carrier in the Chinese fleet. China's first aircraft carrier, the Liaoning, a retrofitted Soviet-era vessel, was purchased from the Ukrainian government in 1998.

Both the Liaoning and the Shandong use ski-jump style ramps at the end of the flight deck to launch planes, a comparatively older technology compared to the United States Navy's preferred "catapult" technology.

Aircraft launched by catapults can get airborne quicker and with greater quantities of fuel and ammunition, giving them an advantage over Chinese planes, which rely on their own power when lifting off from ski-jumps.

The aircraft carrier's name was officially announced on Tuesday. Before then, it had been only known as the Type 001A. Both of China's aircraft carriers, the Shandong and the Liaoning, are named after coastal provinces close to Beijing.

According to Peter Layton, visiting fellow at the Griffith Asia Institute, the Liaoning was intended to act as more of a training vessel, whereas the Shandong is likely to be deployed in combat missions, positioning China alongside a select number of countries with global naval capabilities, including Russia, France, the US, and the United Kingdom.

The official launch of the carrier comes just a month after Chinese Defense Minister Wei Fenghe told his US counterpart Mark Esper that Washington must stop "flexing its muscles" in the South China Sea.

Naval competition between the two countries has increased in recent years, amid a sweeping Chinese moderation drive that has seen Beijing launch more submarines, warships, amphibious vessels and auxiliaries since 2014 than the entire serving navies of Germany, India, Spain, Taiwan and the United Kingdom.

China has the second largest military budget in the world, behind only the US. Speaking at a mass naval parade in the South China Sea in April 2018, Xi said the People's Liberation Navy needed to become a "world-class force."

After the commissioning of #China's first domestically built aircraft carrier Shandong, China becomes the first Asian country to build a self-designed aircraft carrier since World War II and the third country to own a dual-carrier battle group after the US and the UK. pic.twitter.com/U43zFi027J
— Global Times (@globaltimesnews) December 17, 2019​
There are even suggestions that the Chinese navy may be already be building its third aircraft carrier at a naval base in Shanghai, which will likely be more technologically advanced than both its sister ships.

The Shandong was launched to much fanfare in April 2017, before being sent out to sea trials just over a year later in May 2018.
The new aircraft carrier took slightly longer to finish its sea trials than its sister ship, the Liaoning, which experts said may have been due to the unexpected difficulties of building and outfitting the complex vessel from scratch.

"I think the politicians in the Chinese Communist Party didn't really comprehend the challenges of acquiring a carrier," said Malcolm Davis, senior analyst in Defense Strategy and Capability at the Australian Strategic Policy Institute. 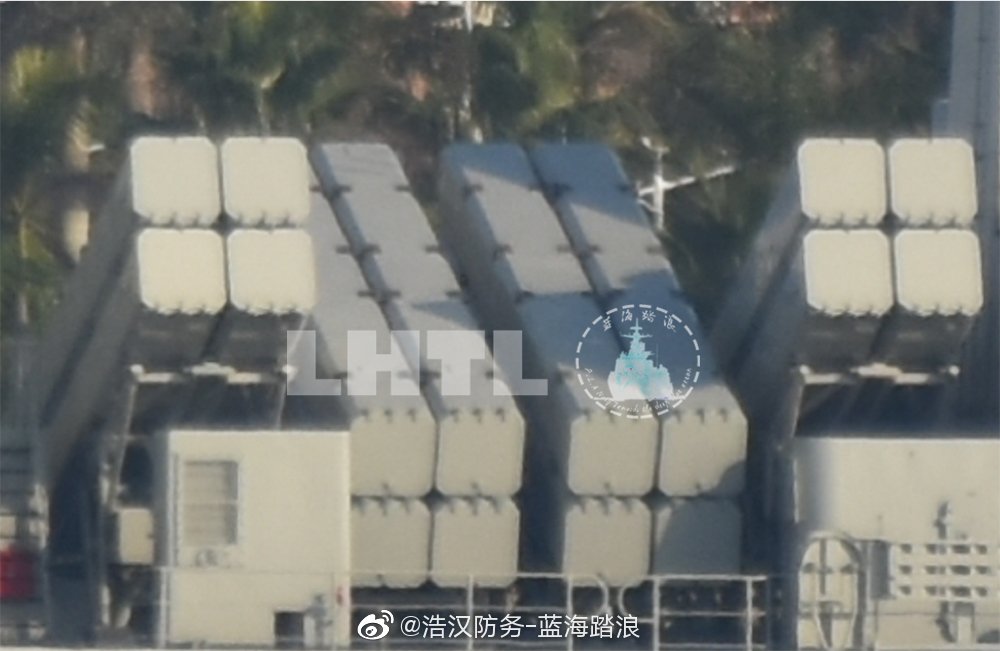