New area of concern for IAF is cooking. 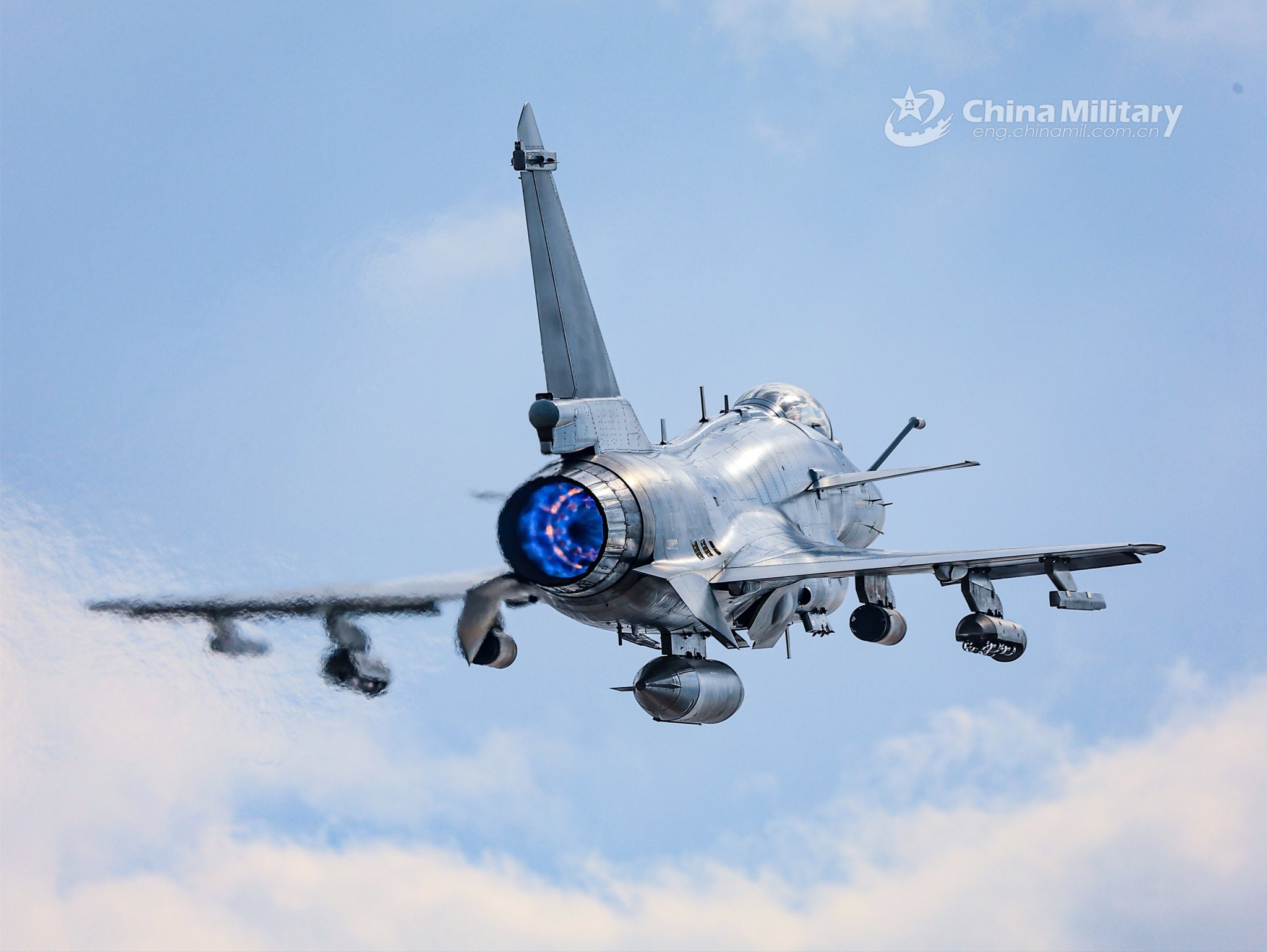 China's J-16 fighter jet is flawless and much superior to the Su-30: pilot - Global Times 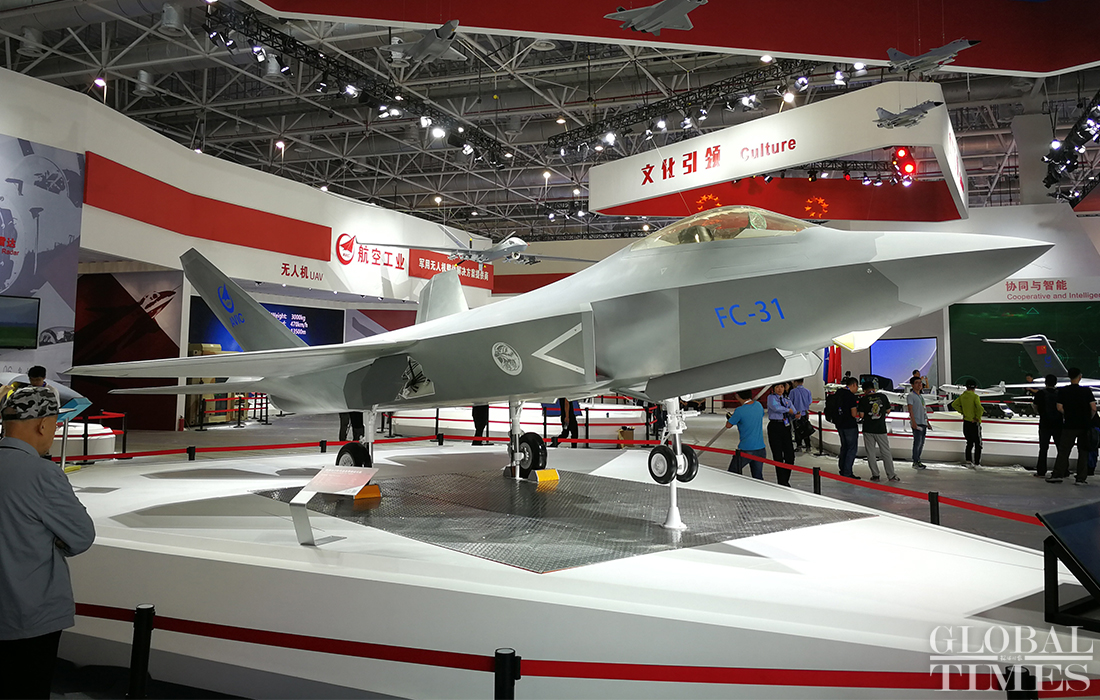 A top Chinese warplane-producing company recently announced plans to make technological breakthroughs to ensure the successful development of a new, fourth-generation stealth fighter jet, and conduct test production and research on its next-generation aircraft in 2021.

China is widely expected to develop an aircraft carrier-ready stealth fighter jet, as the US is racing China in next-generation warplane development.

Dubbed a cradle of Chinese fighter jets, the Shenyang Aircraft Co. Ltd. under the state-owned Aviation Industry Corporation of China (AVIC) released a statement last week on its WeChat public account and revealed its work plans for 2021.

The company aims to make breakthroughs in its fourth-generation fighter jet program by boosting related technologies, including additive manufacturing, control over surface electromagnetic defects, and automated fiber placement, so that the aircraft can be successfully developed, the statement said.

A fourth-generation fighter jet, in the Chinese context, is a stealth fighter jet comparable to the likes of J-20, F-22 and Su-57.

While the statement did not specify the name of the aircraft, it attached photos of the FC-31, the only known fourth-generation fighter jet being made by the Shenyang-based company.

Wang Ya'nan, chief editor of Beijing-based Aerospace Knowledge magazine, told the Global Times on Monday that it makes sense to speculate the statement is referring to an improved version of the FC-31, as the current versions are only prototypes.

The Chinese Navy needs a more advanced fighter jet on its aircraft carriers in the future, and the FC-31, when customized for that purpose, would be a good choice, Wang predicted.

The company announced that it is also exploring next-generation aircraft including research on technologies like thermal adaptation and integration of structure and function.

A technological system for the next-generation aircraft will be gradually formed as the company conducts test production and research, the statement said.

US Air Combat Command head General Mark Kelly said last month that the US is developing a next-generation fighter jet, but its progress could trail China's, US media outlet Defense News reported on February 26.

Experts said that the US is stirring up an arms race over new warplanes, but the concept of the next-generation fighter jet has still not been determined around the world.

China's next-generation fighter jet is expected to come into being by 2035, media reported in early 2020, citing Wang Haifeng, a chief architect at the AVIC Chengdu Aircraft Research and Design Institute.

Chinese analysts are skeptical about the Russian Su-57 fighter jet, but at the same time are not shy from admitting that they could learn a lot from the Russian stealth jet in terms of some of its capabilities.

An article in the Chinese military’s English-language news site Chinamil.com appeared to shower both praise and disdain for the Russian Sukhoi Su-57.

“The Su-57, Russia’s fifth-generation fighter jet comparable to China’s J-20 and the US’ F-22, is usually considered not a true fifth-generation jet because of its ‘below-standard’ stealth capability, according to media reports,” the website claimed.

“This makes it at a significant disadvantage against Chinese and US counterparts, some military observers said.”

Then the article goes on to quote the chief designer of the state-owned Shenyang Aircraft Design Institute Wang Yongqing saying, “the Su-57’s overall capability is not bad at all.”

Shenyang is a major Chinese defense company, having built several fighters for the country, including the J-11 and J-16, the J-15 carrier jet, and the F-31 stealth fighter.

Chinamil.com quotes Wang, who wrote this in China’s Aerospace Knowledge magazine, “Having an innovative aerodynamic design and capable of thrust vectoring control, the Su-57 attaches strong importance to supersonic cruise capability and super-maneuverability, and stealth is intentionally a second priority.”

He believes that the “US’ concept of next-generation aerial battle stresses beyond visual range attacks, but missiles capable of delivering such attacks have to travel for a while, a time window far enough for the Su-57 to make super-maneuvers and evade them.

Wang says the presence of special radars in the Russian fighter for detecting the precise location of incoming missiles will give it an edge.

Equipped with the world’s first side-facing radars in along with the front-facing ones, Wang said that when combined with infrared sensors Su-57 can detect stealth aircraft very early in their flight.

At the same time, the Chinese military website says that the country has a long tradition of purchasing Russian warplanes, “but as the country developed its own fifth-generation fighter jet, it does not need to buy the Su-57.”

This observation that the Chinese stealth J-20 fighter is far capable than anything Russian has surprised military analysts since the Chinese jet had been using Russian engines after the country’s own WS-15 engines were found unreliable.

The fact that this article appeared on a Chinese military website led military analysts to believe that the country could be interested in buying Su-57 or some of its technologies from Russia.

China has already bought a number of aircraft from Russia, along with S-400 air defense systems, and the two countries are growing their military partnership against the Quad group of countries.

The Russian-origin single-seat, twin-engine Su-57 multirole aircraft took its maiden flight 10 years ago but has still not entered service.

India was one of the countries looking to acquire the aircraft, but delays in its development have marred the process. For now, the only customer that has ordered the aircraft is the Russian defense ministry itself, having ordered 76 fighters which will be delivered in 2028.

Su-57 is built for super-cruise, super-maneuverability, stealth, and advanced avionics to outpace the fourth-generation fighters. During the same time, China designed and developed its own fifth-generation stealth fighter J-20, which is a single-seat, all-weather fighter and built as a competitor to the American stealth pair of F-35 Lightning and F-22 Raptor.

Experts have determined the Su-57 fighter to be superior to its Chinese counterpart in terms of overall kinematic performance. The future second stage Saturn Izdeliye 30 engines, which will power the Su-57 fighters in the future, are expected to deliver roughly 28,000lbs of dry thrust and 42,000lbs of afterburning thrust.

The resultant kinematic performance—including supersonic cruise and maneuverability—achieved would roughly be on par with the Lockheed Martin F-22 Raptor, experts say.

Other experts say the two jets can’t be compared as they are designed to perform different roles, with J-20 acting as a stealth missile platform to penetrate sophisticated enemy air defenses with an aim to destroy military installations.

Whereas, the Russian Su-57 is more of an air superiority platform, excelling in close-combat warfare.
L

The J-16 is based on the Su-30MK2 fuselage and re-strengthening it, fully recovering the long-range interception capability that was missing after the Su-30 was converted to a multi-purpose fighter, while maintaining the flexibility to counter enemy long-range fighters. The huge body can carry powerful ECM equipment as its own cover, and at the same time, after the new generation of long-range air-to-air bombs are put into service, they will go out for a long distance to intercept bombers projecting cruise missiles by the US military. Su 27P+ MiG 31+ is similar to MiG 25BM's air defense suppression function.
Mounting a pod similar to the ALQ-218 (V) radiation receiving directional pod and the ALQ-99 jamming pod can enable the J-16D to gain the ability to open the air corridor with a width of 150 kilometers, which can be used for destroying bombing aviation and bombing aviation. The penetration provides opportunities. All the strike loads of the J-16 are designed to suppress the enemy's ground air defense. At most, they have a certain degree of anti-ship capability, and they are by no means used as a call-on fire support aircraft to cooperate with the army's offensive.
Reactions: Ashwin and Tatvamasi 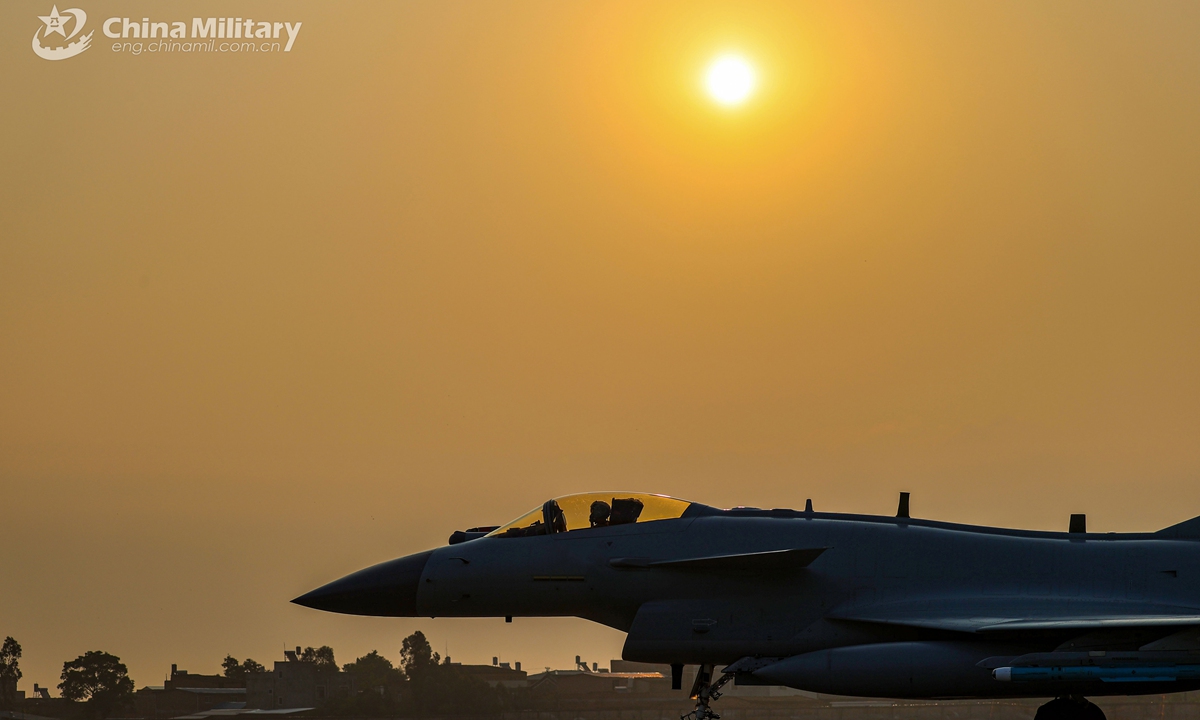 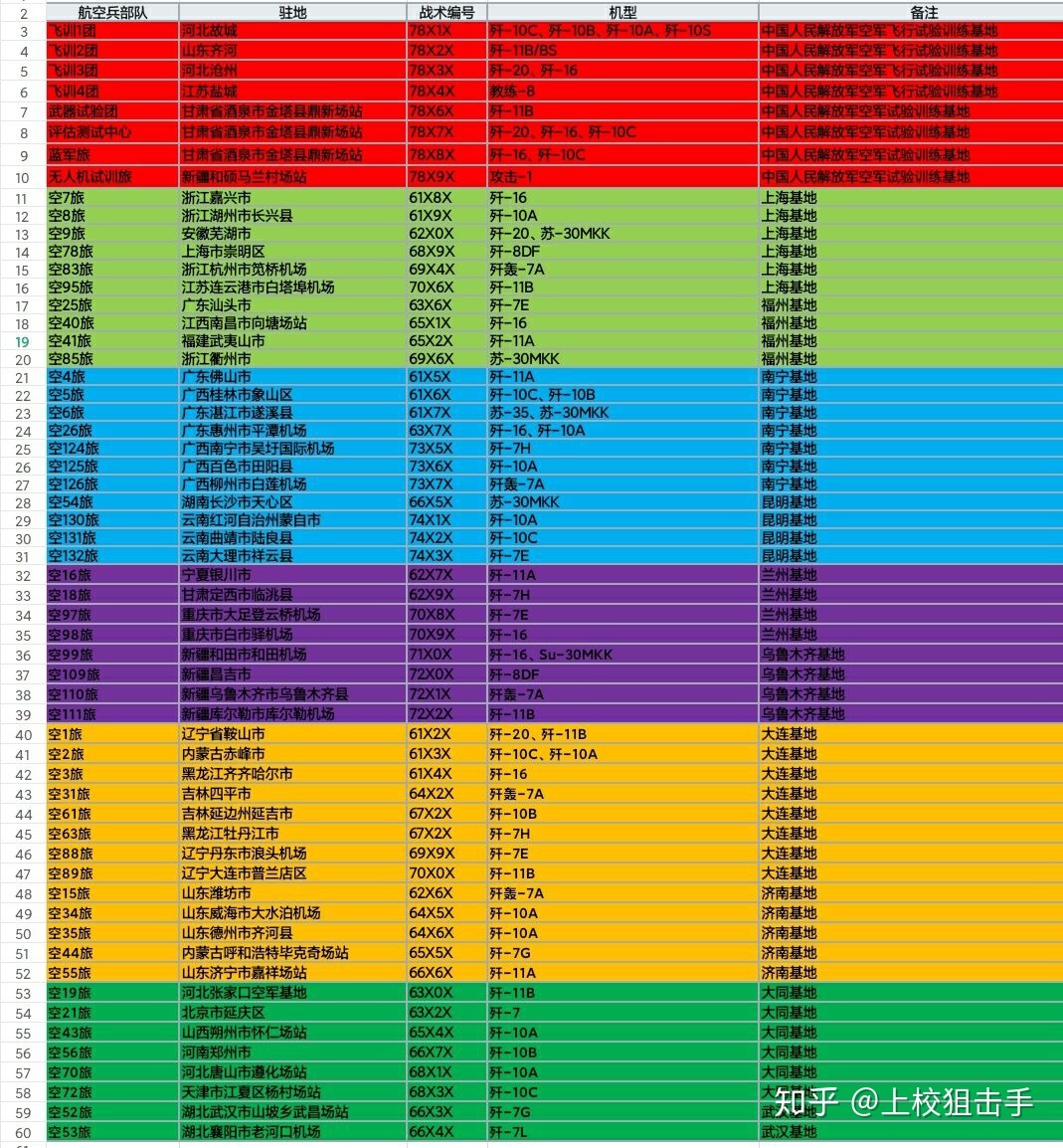 randomradio said:
It's not difficult for them to develop anything the US or Russia have. Hence the big boys club.

The jet with the forward swept wing could be an experimental aircraft.
Click to expand...

Just yesterday, WS15 was equipped with J20 fighter jets and made its first flight.

and their B2 inspired bomber, TU160/B1 lancer type along with numerous j20s are also visible..
How many aircraft program do Chinese have now?
@randomradio @vstol Jockey @Gautam
Click to expand...

I feel that picture is from PS
Reactions: BMD, randomradio and _Anonymous_

Yes it is . Twitter is filled with both dim witted commentators & those eyeing more followers ( in most cases it's one & the same thing ) with no accompanying tangible material benefits & some equally dim witted members here share such tweets from those unverified accounts with no past record attesting to their credibility in this regard without exercising their grey matter.

_Anonymous_ said:
Yes it is . Twitter is filled with both dim witted commentators & those eyeing more followers ( in most cases it's one & the same thing ) with no accompanying tangible material benefits & some equally dim witted members here share such tweets from those unverified accounts with no past record attesting to their credibility in this regard without exercising their grey matter.

What gives it away is the stealth bomber in primer is bigger than its hanger lol.