Union Housing and Urban Affairs Minister Hardeep Singh Puri on Saturday said that nearly 740 km of metro lines are operational currently in various cities in India. The minister was speaking at the inauguration of the 1.2-km Najafgarh-Dhansa Bus Stand corridor of Delhi Metro's Grey Line. On Saturday evening, Puri inaugurated the corridor along with Chief Minister Arvind Kejriwal.

"We are going to cross major milestones. Nearly 740 km or so of metro lines are operational in various cities in India, and the network span is 'steadily scheduled to rise', and we have various steps planned out throughout the country. So, it will be over 900 km, I think by 2022," he said, adding that 900 km of operational metro network will be an achievement in itself.

He further added, “Besides, another 1,000 km metro lines are under construction in various cities in India, so the total span will be close to 2,000 km in coming years."

Lauding various achievements of the Delhi Metro amid the pandemic, Puri said that he hopes the Delhi Metro Rail Corporation Limited (DMRC), under the leadership of its chief Mangu Singh, its ridership can be ramped back to 65 lakh a day as was before the Covid pandemic, or perhaps even higher, taking into account other factors.

The overall ridership in metros across the country was 85 lakh in pre-Covid time.

With the opening of Najafgarh-Dhansa Bus Stand corridor, Delhi Metro further enters the interior areas of Najafgarh in outer and semi-urban areas. The DMRC span has now increased to nearly 392 km with 286 stations (including the Noida–Greater Noida Metro Corridor and Rapid Metro, Gurgaon)

The Union minister said, “Delhi Metro is a trailblazer transportation system in the country and the work on expanding the metro lines was literally just a start, and with the Regional Rapid Transit System (RRTS) and other projects we are poised to take it to a much higher level in the coming years."

Delhi will also become one of the most beautiful cities in the world, he said.

Under the Delhi Metro's Phase-IV, 65.10 km of new metro lines shall be constructed across three priority corridors comprising 46 metro stations. These new sections shall provide interconnectivity among the already operational sections of the Delhi Metro.

The Mukundpur-Maujpur, R K Ashram-Janakpuri West and Aerocity-Tughlakabad corridors were approved by the Union Cabinet in March 2019.
The other three proposed corridors of Phase-IV, which have not yet been approved by the government are Rithala-Bawana-Narela, Inderlok-Indraprastha and Lajpat Nagar-Saket G Block.

Ambassador of Japan to India, Satoshi Suzuki, who joined over video link from the Embassy, said the Delhi Metro is a "shining example" of the bilateral cooperation between the two countries.
Secretary, Housing and Urban Affairs, Durga Shankar Mishra said about 1,050 km of metro lines were under construction in 27 cities. 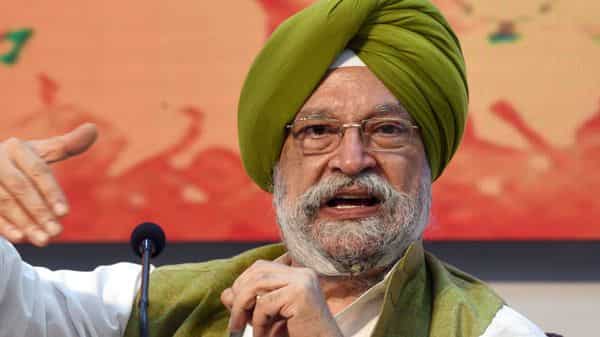 India will have 900 km of operation metro network by 2022, says Puri

The minister was speaking at the inauguration of the 1.2-km Najafgarh-Dhansa Bus Stand corridor of Delhi Metro's Grey Line.
www.livemint.com
Reactions: Gautam

Speaking to ANI, MMRDA Commissioner SVR Srinivas, who earlier inspected the ongoing work and was briefed by the officials regarding the same, expressed hope that the project will be finished within the next couple of months

Kanjur land is for affordable housing, not Metro: Lease-holder to govt | Mumbai News - Times of India

The Garodia family, which has staked claim over a 500-acre plot in Kanjurmarg and Bhandup — a part of which is being eyed by the state for the metro d

We don't have Anant S as a member here do we ? Does anybody have any idea ?

We don't have Anant S as a member here do we ? Does anybody have any idea ?
Click to expand...

There were many reasons but most important one was considered safety, compared to existing metro, light metro, tram and light bus mass transit services and related technologies. And yes Anant is a member here since long, not sure if a active or not as I didn't see him from long time.
Reactions: _Anonymous_

We don't have Anant S as a member here do we ? Does anybody have any idea ?
Click to expand...

It was under Konkan Railway I think , lack of backing I suppose.

Plus approx 15 years back in Goa, they wouldn't have got either the ridership or any political backing for funds.

But Madgao, Vasco and Baga are important tourist destinations and a metro now should be feasible
Reactions: SammyBoi and _Anonymous_