The rise of new India as Modi fulfils his promises
Prime Ministerial speeches on 15 August is not a new phenomenon in India. This year it was the 74th Independence Day of India and so the 74th such speech by Prime Ministers.

So how was this speech by Prime Minister Narendra Modi different from previous speeches, if at all, including his own?

First, this speech came with the credibility of six previous speeches in which all promises made by him have been kept. As an example, in 2014, in the very first speech, Prime Minister Modi promised a bank account for every Indian. Then only 58% Indians had it. Now everyone has it with almost 400 million new accounts opened.

This, a billion plus scale financial inclusion, has since been used along with Aadhaar (biometric countrywide data base) to affect the largest and most successful Direct Benefits Transfer (DBT) policy in the world.

During the recent COVID-19 induced lockdown, while many developed countries struggled to quickly reach some cash in the hands of the poor, India did it instantly within days of the lockdown utilising this DBT regime.

The mention to LAC (line of actual control) in the Prime Minister's speech was a direct reference to China, a first from the Red Fort. The import of the unambiguous assertion against expansionist forces would be unmistakably heard in all national capitals in the region
- Akhilesh Mishra


In the 2015 speech, the promise was to electrify every village in India. That was done ahead of schedule and then every household was electrified too.

In 2016 the new target set was to make every home in India smoke-free and to make available health insurance to every poor in India. Since then, more than 80 million new households have been connected through LPG cylinders and the world’s largest health insurance scheme covering 500 million Indians has been launched.

It is the background of this credibility, earned through delivery, that Prime Minster Modi made many game-changing promises in this years’ speech. Few of these stand out. Like the promise to connect every village of India by high speed broadband fibre.

India already has more than 500 million mobile internet users and this next generation broadband connectivity is going to open massive opportunities for the next wave of digital market players in the largest democratic market in the world.

National Infrastructure Mission
Next is the launch of national infrastructure mission with more than 7,000 projects already identified and an investment commitment of almost $1.5 trillion in the next four to five years. This will provide immense opportunities for both domestic as well as foreign infrastructure players, especially from friendly countries.

Finally, the unshackling of India’s agriculture sector and allowing of private enterprise to bloom without restrictions may turn out to be the most significant agricultural disruption in the world in the coming years.

Second, Prime Minister’s Modi’s pivot on foreign policy was both refreshingly new as well as paradigm defining. He redefined the concept of neighbors to not just mean geographical neighbors but also included in the ambit the philosophy of extended neighborhood. 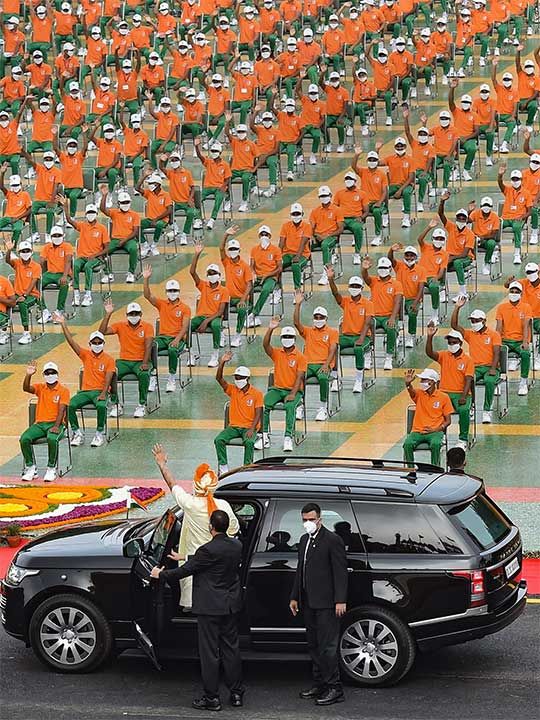 The new era of friendship that India and countries of West Asia, including and especially UAE, have seen in recent years is only a precursor to the immense opportunities that exist in such areas as trade, cultural ties, investment opportunities and tourism that will now be even more open with this new paradigm.

The mention to LAC (line of actual control) in the Prime Minister's speech was a direct reference to China, a first from the Red Fort. The import of the unambiguous assertion against expansionist forces would be unmistakably heard in all national capitals in the region.

Self-reliant India
Third, the expansive pitch for Aatmnirbhar Bharat (self-reliant India) and the universal acclaim that the philosophy has received has the potential to start a new era.

As PM Modi said, self-reliant India does not mean a closed India, but one which is more competitive, more open, where ease of doing business is even easier and where innovation will be at a premium.

As India demonstrated during the recent COVID crisis, when it became a country with zero production capacity in PPEs to an exporter to many regions within a matter of just weeks, a self-reliant India is not just a force of good for itself but for the entire region in Asia and beyond.

But the last fortnight was not restricted to PM Modi’s speech alone. A few other events happened which make this fortnight a truly historic one. On 1 August, India celebrated the first anniversary of delivering gender justice of millions of Muslim women by banning instant triple talaq.

5 August marked the first anniversary of the abrogation of Article 370 and fully integrating Jammu and Kashmir in the Indian Union, with all the rights and privileges flowing from Indian Constitution now extended to all the people of the region.

And on 5 August, a billion Indians also welcomed the ground laying ceremony for a grand temple at the birth place of Shri Ram.

As Prime Minister Modi mentioned in his speech there, the vexed issue was resolved peacefully through a fair judicial process and the entire country collectively came together to accept the word of the Indian Supreme Court as final.

One way to look at this last fortnight is that it was just a fortnight like any other. Another way to look at the first fifteen days of August 2020 is that in just a space of few days, India demonstrated that it now had the wherewithal to amicably settle complex issues that had long defied a solution and also had the vision to chart out a bold new path of economic development that would bring prosperity to not just Indians but by implication to the entire region.

In a sense, this week represents the coming out of a New India, one which is ready to lead the economic revival in the post COVID world. 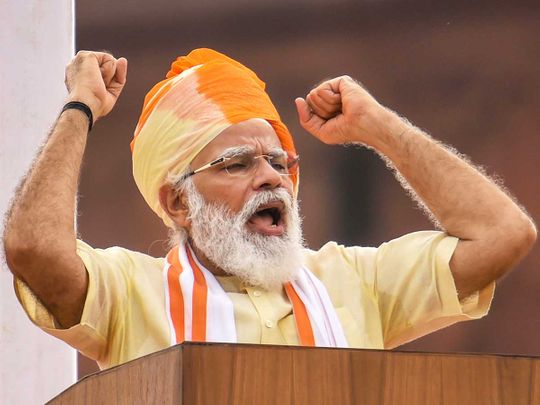 The rise of new India as Modi fulfils his promises