In uncle’s backyard, student finds stone linking Kerala to Roman empire
“It’s a button… I found a button!” Pravitha P A said, holding up the small, oval bead-button. The Class 12 student, one of the volunteers at the excavation site in Pattanam, a village in Ernakulam district of Kerala, had been sieving the soil dug out of one of the trenches in her uncle K S Sukumaran’s backyard.

As he brushed the sand off, P J Cherian, director of PAMA Institute, a Kerala-based Trust that’s carrying out the excavation, knew the ‘button’ was no ordinary find. There emerged a glorious she-Sphinx, the Greek mythical creature known for its magical powers.

A series of correspondences with experts over the next three months, including with Dr Giulia Rocca, who teaches archeology and history of Greek and Roman art at the Tor Vergata University of Rome, confirmed Cherian’s instinct: the 1.2-cm-long banded agate, a precious stone found in the Indian Subcontinent, was from a seal-ring, very similar to the kind worn by Augustus Caesar, the first Roman emperor, who reigned from 27 BC until his death in AD 14. 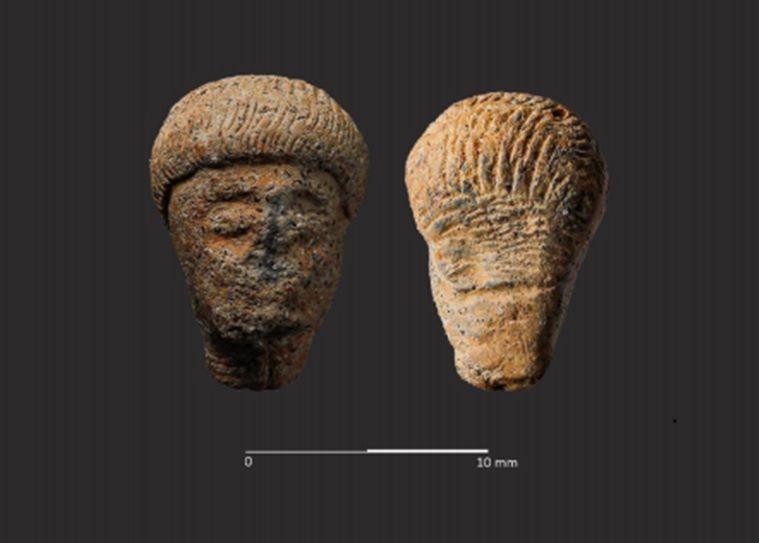 The she-Sphinx carved on a banded agate stone and the Greco-Roman statuette head, found in Pattanam in April. (Express Photo)
The gemstone with the Sphinx, along with the head of a small Greco-Roman statuette found on Sukumaran’s plot on April 25, is further evidence that Pattanam, the small village by the backwaters of the Periyar river, could be Muziris — the legendary port city that thrived sometime between the 1st century BC and 4th century AD.

Muziris, the ‘Emporia of the East’, flourished after the Romans conquered Egypt, and rose to become a key centre for trade between the Red Sea and Indian Ocean regions — sending out pepper, precious stones, silk, beads, ivory and pottery to West Asia and Rome, and importing gold coins, glass, wine and wheat from there.

Then, sometime in the 4th Century AD, Muziris disappeared. There are several theories about this, among them that, with the decline of the Roman empire, its key trading partner, the port city fell into disuse. Another hypothesis is that a cataclysmic flood in the Periyar in 1341 silted the Muziris harbour, leaving it too narrow for ships.

The Sphinx that turned up in a corner of Sukumaran’s plot is the biggest find from the latest round of excavations — the tenth since 2007.

How could a Roman seal-ring, with the Sphinx on it, have reached Muziris? “There are numerous possibilities — merchants and traders could have brought it. Anyway, there wasn’t just one royal seal; there would have been thousands. They were used by the emperor himself and those whom he authorised, to be used as a stamp, instead of a signature,” says Cherian, adding that there’s another “strong possibility” — that the Sphinx was produced at Pattanam.

The Sphinx that turned up in a corner of Sukumaran’s plot is the biggest find from the latest round of excavations — the tenth since 2007. (Express Photo)
“Wastage of the banded agate precious stone (on which the Sphinx was carved) was found in the same trench, along with cameo blanks, indicating that there was a lapidary workshop in Pattanam 2,000 years ago,” he says.

On the Sphinx’s association with Roman royalty, Steven Sidebotham, professor of ancient history and archaeology at the University of Delaware who in 2009 excavated Bernike, an ancient port city in Egypt with known trade links with Muziris, said in an email to The Sunday Express that it’s established that the seated female winged Sphinx was the signet symbol on the finger ring of Augustus. “This symbol then became popular and many wealthy men undoubtedly copied it.”

The Sphinx is also a “phenomenal sign”, says Cherian — of Pattanam being Muziris. “There is a silent agreement among historians that the pre-9th century period was very primitive. But findings such as these show that’s not true. There is now proof that inter-continental trade exchanges were happening much earlier,” he adds.

Chris Gosden, Oxford professor of European Archaeology, who was in Pattanam during the 2014 excavation season, says the recent finds show the connections between South Asia and Europe on the one hand and the Far East on the other. “These early forms of globalisation involved trade, but also the exchange of aesthetic forms, ideas and sensibilities… which may indicate that Asia and Europe have much more entangled histories than we have realised to date,” Gosden said in an email.

Writing of the “special” find, Rocca of the Tor Vergata University of Rome said, “Some of these craftsmen from India (who quarried and processed the stones) travelled to the West and learned to work in a different cultural milieu. Roman merchants settled for months in Pattanam.”

P A Pavitha (red and blue check shirt) with other volunteers at the excavation site.
As the Sphinx provides another clue to Muziris, Cherian says his job is far from over. The 66 trenches excavated at Pattanam so far (five of those in this season) make up less than 1 per cent of the 111 acres of the Pattanam archeological mound.

For Cherian, every new find is a moment of epiphany – of Muziris being a place at a time when the “best things were happening”. When he shuts his eyes and thinks of the port city, what does he see? “A beautiful world where there was openness of mind. We are yet to find a weapon in Pattanam. And the architecture respects human scale… we haven’t found anything like the Roman Pantheon that dwarfs humans. I am accused of romanticising Muziris. But I speak from the evidence.” 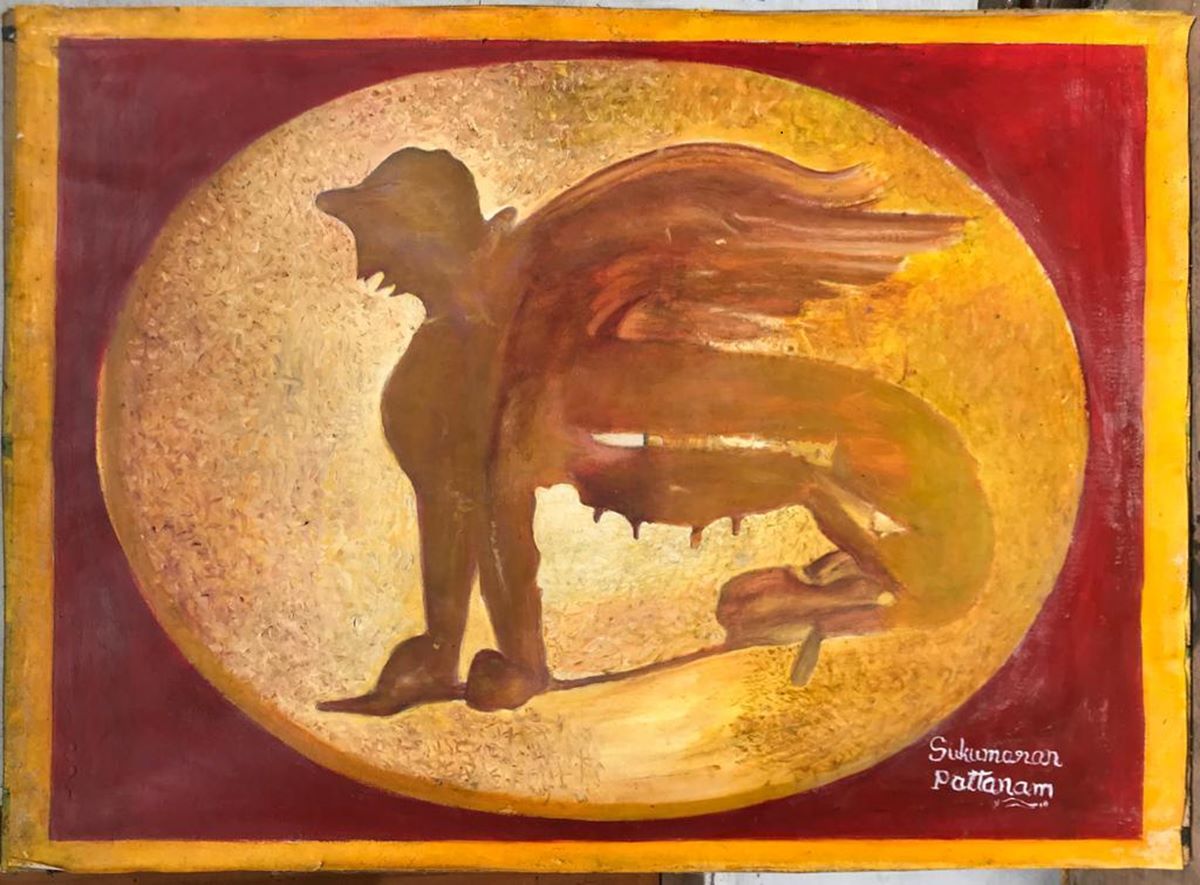 The Sphinx that turned up in a corner of Sukumaran’s plot is the biggest find from the latest round of excavations — the tenth since 2007.