Saudi officials have arrested 11 princes for staging a protest against the kingdom's austerity measures, according to a report from the Saudi news website Sabq.

The princes, who gathered in the historical Palace of Government area in the capital Riyadh on Saturday, were demonstrating against a government decision to suspend payment of their utility bills, Sabq said.

Upon arrest, they were reportedly sent to Ha'ir prison, a maximum-security facility south of Riyadh.

Saudi Arabia recently introduced a raft of economic reforms, including a value-added tax (VAT) and a halt to state payments of water and electricity bills for royal family members.

On Saturday, King Salman decreed a series of financial payouts to ease the cost of living. Each government employee will receive a monthly bonus of 1,000 riyals ($267) for the next year, while military personnel serving in Yemen will be paid a one-off fee of 5,000 riyals ($1,330).

Students will have their allowances increased by 10 percent for the next year, while retirees and social security recipients will get a monthly stipend of 500 riyals ($133).

Economic diversification
The unemployment rate in Saudi Arabia surpassed 12 percent last year as the economy grappled with the fallout from low oil prices.

The VAT, implemented as of January 1, applies to a wide range of commodities, including food, clothes, entertainment, electronics, and telephone, water and electricity bills.

Its imposition is part of a region-wide measure agreed upon by the six Gulf Cooperation Council member states in Riyadh in 2016. The International Monetary Fund has estimated it will raise additional revenues of 1.5 to three percent of non-oil gross domestic product, depending on the country.

According to Saturday's decree, the Saudi government will absorb the cost of the tax for citizens purchasing private healthcare and education, and for first-time homebuyers of properties valued at up to 850,000 riyals ($226,660).

Have they done a rape kit?

Time for a Collective Defense in the Middle East
Trump has delivered on most of his foreign-policy initiatives, but there is one big exception: his proposal for a
Middle East security architecture.

The idea never got off the ground. If it had, then the recent attack on Saudi oil production might never have happened. Iran could have been deterred from messing with its neighbors.

Perhaps the time has come to put the initiative back on the agenda. The Middle East desperately needs a sustainable framework to ensure long term peace and stability.

Keeping Up With the Times
When the fledgling Trump administration suggested something that sounded like a NATO for the Middle East, there was plenty of skepticism. The last time a president tried anything like that—Eisenhower, during the height of the Cold War—it did not end well. But times have changed.

Trump came into office with the right instincts. The United States can’t babysit the Middle East. On the other hand, American cannot turn its back on the region.

For one thing, there’s oil. Sure, the United States has plenty of energy, and the whole world is enjoying cheap oil. But, Middle East oil is pivotal to global energy markets. Major disruptions of production there will hurt our friends, allies, and trading and business partners around the globe.

Do You Know What Happened Today In History?
And there’s much more than energy at stake. The Middle East is a global crossroads of maritime and air traffic, financial flows, foreign direct investment and global migration. It is also the epicenter of one of the world’s most influential religions.

The Middle East matters—a lot—and the United States ignores at its peril.

America does need to back long-term solutions for a better Middle East. Part of the to-do list for Trump must remain putting in place a durable security framework so that the United States doesn’t have to send armies and aircraft carriers every time there is a problem.

Enter the Architecture
The idea Trump’s team proposed was the Middle East Security Architecture. The initial proposal bundled a commitment to collective defense with: a structure for cooperative defense planning; a dispute resolution mechanism to resolve disputes between members, and a free trade network. Washington’s proposal was: if all the Gulf states signed up, the United States would back stop the agreement and join as a member itself.

Had the framework been adopted, then things might be much better today. The bitter dispute between Saudi Arabia, UAE and Qatar might have been resolved. There might have been a common regional approach to the war in Yemen and a more coordinated response to the troubles in Libya.

Most importantly, Iran might have been deterred from continuing its proxy war on Saudi Arabia, trying to shut down the Strait of Hormuz and launching the recent attacks on Saudi oil production.

Initially, the proposal seemed to generate a fair amount of interest from the Gulf states. Yet nothing happened. Then came complaints that a second round of proposals from the United States seemed much watered down. The economic plank faded away. The security guarantees, reportedly, looked less ironclad. All that was left was a heavy-thumb approach to dispute resolution—and as the Gulf States increasingly had more differences to resolve, they concomitantly became less interested in arbitration to resolve them.

Meanwhile, the United States seemed to be losing interested and distracted by other priorities. The White House might not have abandoned the idea, but it definitely seemed content to let it gather dust on a diplomatic shelf.

Round Two
The time might be right to dust off the original proposal and try again. While the administration’s pressure campaign has been effective in punishing Iran, the regime has not suffered in silence.

Restarting talks on collective defense would send Tehran another strong signal that the United States is not going anywhere and, indeed, remains deadly serious about not letting Tehran run amok throughout the region.
The attack on Saudi Arabia also demonstrated the practical utility to a more coherent approach to regional collective security. The region needs an integrated air defense architecture. It also needs integrated, persistent maritime security.

And there is every reason to go bold. After all, the Gulf States, Israel, and Egypt all have the same fundamental security interests. They all ought to partner with the United States in this security enterprise.
Everyone knows there are all kinds of regional and internal disputes that would complicate a collective security pact from the war in Yemen, to the Israeli-Palestinian dispute, to the ongoing mess in Syria, and problematic relations with Turkey. All those landmines can be accounted for in how the agreement is crafted.

Jumpstart
The odds of getting this off the ground by the end of this presidential term are admittedly small. Nevertheless, it is time to restart the journey. Put an energizer of an envoy in place to jump start talks. Return to an expanded scope for the agreement so that it not only addresses hard core security issues but opens space—including economic and political dimensions—to build trust and confidence among members.

The United States doesn’t want to be parked in the Middle East, nor can it afford to walk away and leave a mess it will live to regret. An agreement creating a Middle East security architecture may well be the best way forward.
Time for a Collective Defense in the Middle East
Reactions: _Anonymous_ and Gautam 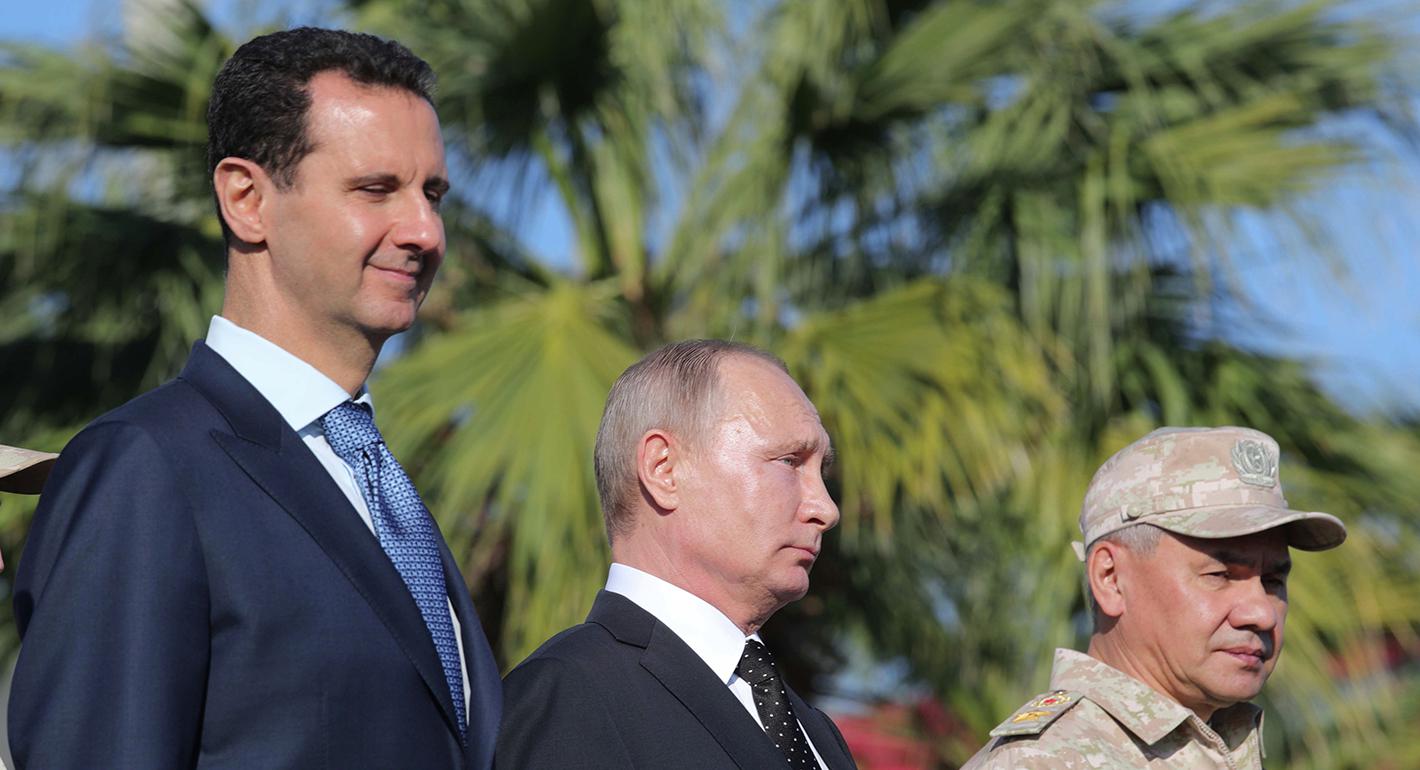 The Efficiency of the Syrian Armed Forces: An Analysis of Russian Assistance

Even though the Syrian civil war is far from over, Russian advisers can use their experience modernizing Syrian forces from 2015 to prepare for an effective postwar force structure.