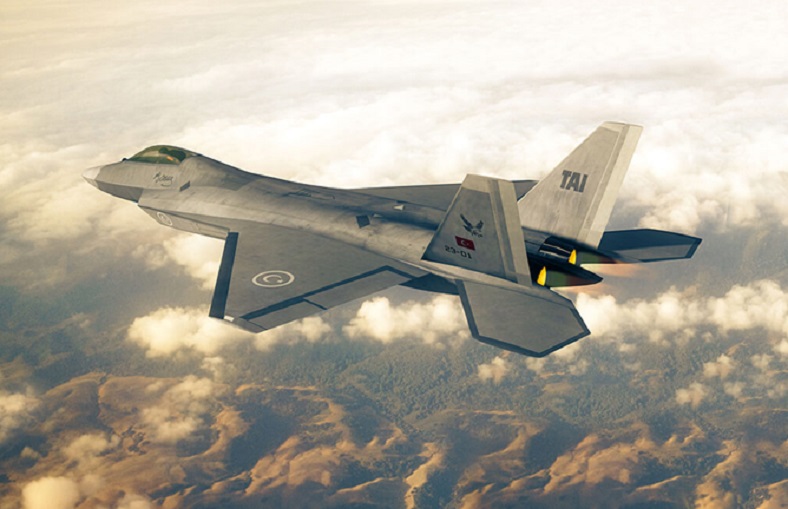 A few days ago, the Presidency of Defense Industries (SSB) and an affiliated company signed a deal in the first step to develop a unique turbofan fighter jet engine in Turkey for TF-X aircraft.

An outline agreement was signed with TR Motor, a company established by the SSB to develop engines which would be used in the TF-X project.

SSB President Ismail Demir said the final goal is that the engine would not face limitations from foreign countries in terms of use and exports, and for Turkey to control all technological features and intellectual property rights.

The door remains open for international engine-makers to get involved in the national fighter jet project, Demir added.

He noted that development of the unique engine will be a long process, nearly 10 years, and today’s agreement will serve as a framework in this process.

“Our red line is an engine that belongs fully to us. We will work with those who want to produce an intermediary engine,” Demir said.

Within the scope of TF-X Program, Turkey will become one of the few countries to possess the necessary technologies, engineering infrastructure and production capabilities. Once the engineering activities on all the critical technologies are accomplished (e.g. increased situational awareness, sensor fusion, low observability, weapon bay, …etc), which are needed by a 5th generation (or beyond) jet fighter aircraft. 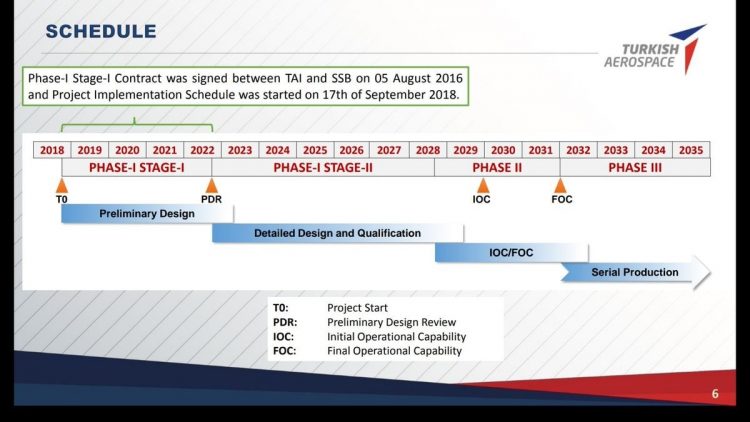 Since 2019 beyond the design and development of TF-X Aircraft, engineering capabilities, technology development activities (for key sensors like radar, electronic warfare..etc.), test infrastructures establishment and certification processes will be performed and extensive capabilities for a new generation jet fighter design, development and production will be gained by Turkish industry.

According to TAI, the production of the first batch of a prototype of newest Turkish fighter jets could begin starting in 2020 after production planning and tool design.

It is expected that the first prototype of TF-X aircraft to make its maiden flight in 2023.

The mass production process of new fighter jets is expected to start between 2032 and 2035.

TF-X aircraft is planned to be kept operational in the TurAF inventory until 2070s and will be interoperable with other critical assets of TurAF such as F-35As.
Reactions: Chain Smoker, T-123456, Sancho and 1 other person

Turkey’s top defense industry authority has signed a framework agreement with TR Motor to develop an original engine for the country’s TF-X national fighter jet project, while the body’s chief, İsmail Demir, said the door remained open for international engine-makers to get involved in the project.

At a ceremony in Ankara on Nov. 8, Demir, the head of Turkey’s Defense Industries Presidency, also said talks with Rolls Royce were underway, but that taking the duration of the project into consideration, Ankara would evaluate international offers.

Saying that the main aim in the framework of the TF-X jet project was to develop an indigenous jet engine, Demir reminded that TR Motor, a new company, was established a while ago to achieve this target.

“In this vein, we do not want to face any limitations from any foreign elements regarding the jet engine,” he said, adding that Turkey wanted to have all of the intellectual property rights of the engine.

Demir noted that the door remained open to foreign companies to join the project.

“We just do not want to witness any limitations of any foreign companies when we use, export or perform other commercial actions regarding this technologically-advanced product in the future,” he added.

Last year, Turkey’s Kale Group said it would set up a joint venture company with U.K.-based engineering firm Rolls-Royce to develop aircraft engines, including those of the jets, after Britain and Turkey signed a defense deal worth more than 100 million pounds to develop Turkish fighter jets.

“There are some limitations, which I have just mentioned. We can say “yes” to such limitations for an intermediary engine, but not for a final product,” he added.

He also said Turkey was ready to start the mass production of its national Altay tanks.
Reactions: Chain Smoker, T-123456 and R!cK

The Akinci uses 2 indigenous turbo-prop engines and fields an AESA radar. It is intended to be used as a fighter escort (at stand-off ranges)- intended to augment weapons payload and also be used for SEAD, Asymetric warfare, SIGNINT/IMGINT/EW missions. 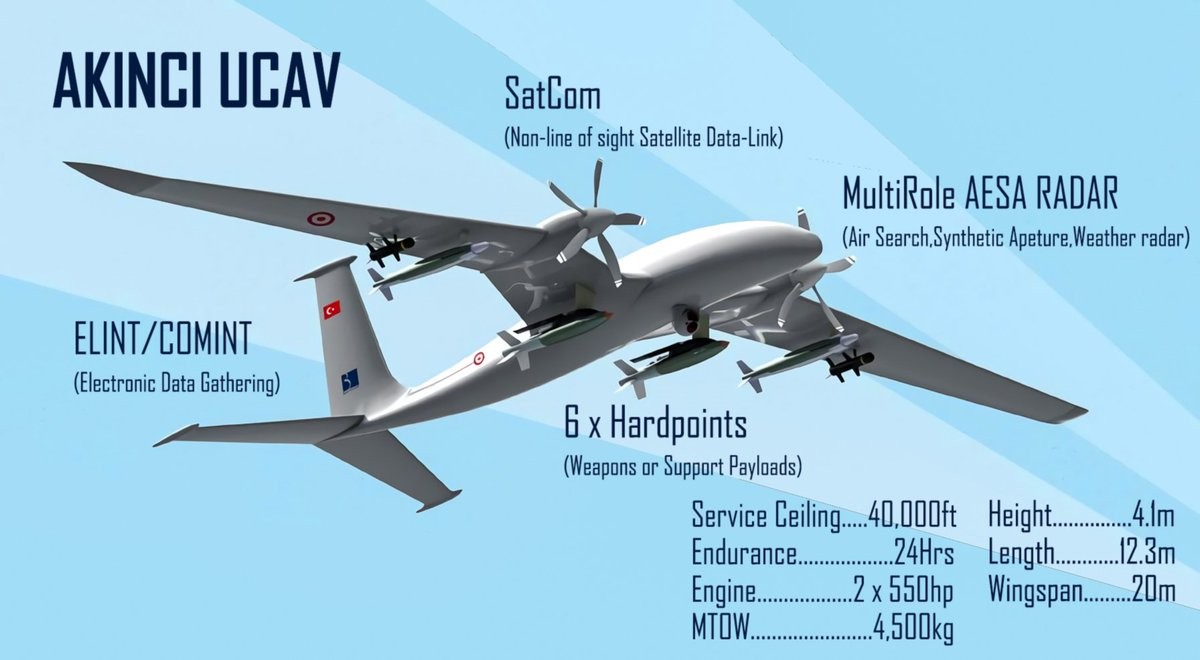 Wanted to start the thread several times, but had no time to collect info's on all the projects yet. Apart from China, Turkey is the most interesting field for aviation projets at the moment. For good or for worse.
S

The final design of the TF-X which is currently undergoing wind-tunnel tests in the United Kingdom. 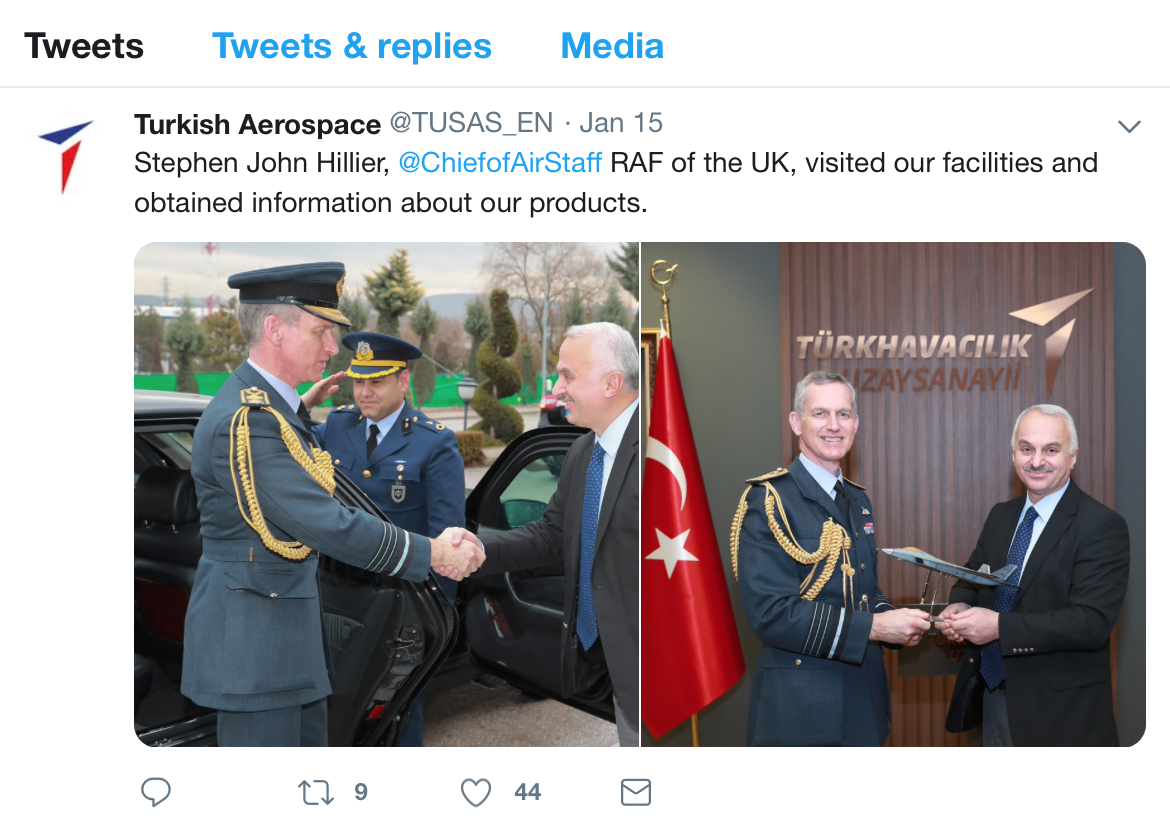 BMD said:
The final design of the TF-X which is currently undergoing wind-tunnel tests in the United Kingdom.

How are they getting on to building a 5th gen jet without even having basic infrastructure like a wind tunnel?

Parthu said:
How are they getting on to building a 5th gen jet without even having basic infrastructure like a wind tunnel?

Read the first line of the post you just quoted.

But the program began as a sole Turkish venture.

Parthu said:
But the program began as a sole Turkish venture.
Click to expand...

Don't know, I guess they were going to either build one or subcontract wind tunnel testing.
S

Rolls-Royce has scaled back efforts to join a Turkish programme to build a new fighter jet, striking a blow to UK ambitions to put the British aerospace industry at the heart of the project.

The aero-engine group has been working with the Turkish industrial group Kale to bid for the contract to develop the engine on the TF-X jet, an ambitious scheme to create Turkey's first indigenous combat aircraft. Senior UK officials, including the prime minister, Theresa May, had lobbied hard for Rolls-Royce to win the deal.

Talks ran into problems last year due to a dispute over the sharing of intellectual property and the involvement of a Qatari-Turkish company.

After failing to find a compromise, Rolls-Royce has all but abandoned its efforts to win the bid for the fifth-generation fighter aircraft, according to several people familiar with the discussions. To restart talks, Turkey would have to come back “at a very senior level”, one person said.

Warren East, chief executive of Rolls-Royce, said the company had “substantially ramped down” on the TF-X project and “been re-assigning people” to other schemes. 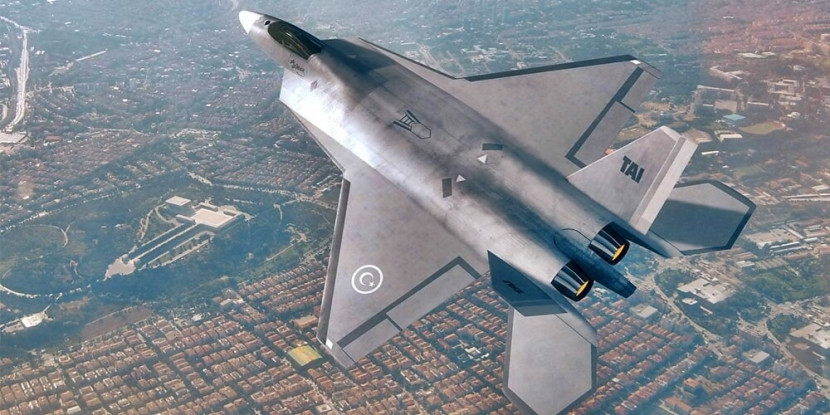 Despite economic recession, Turkey is investing a great deal in its aircraft industry. The most ambitious project is the TFX, a plan to build a 5th generation stealth fighter similar in size to the Eurofighter Typhoon. We asked Arda Mevlutoglu.

“The new fighter development program, known as TFX or MMU (Milli Muharip Ucak; National Combat Aircraft) was started in 2011 with the conceptual design phase. The next stage, preliminary design phase was started in 2016 with a contract signed between Turkish Aerospace (TAI) and Undersecretariat for Defense Industries. BAE Systems was selected to support on the skills, technology and technical expertise required to deliver the programme. 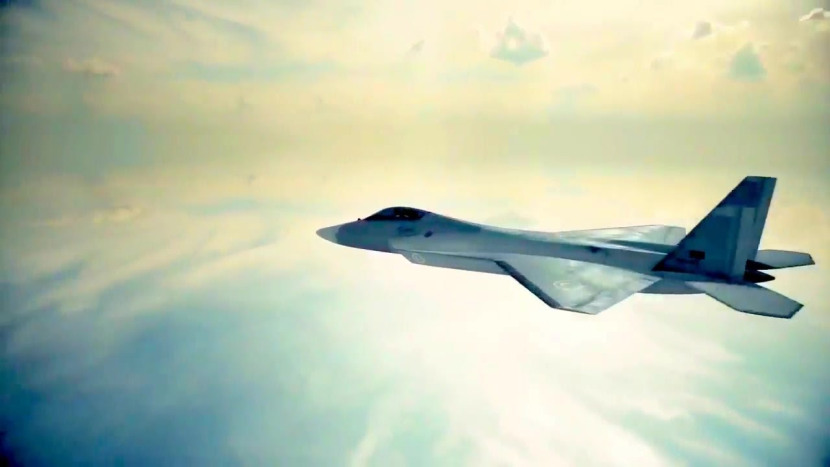 The TFX project calls for a twin-engine, high performance 5th generation fighter aircraft with stealth characteristics, primarily for the air-to-air mission. According to TAI data, the aircraft will be powered by two 20,000lb engines* with a service ceiling of more than 55,000ft. Maximum speed is around Mach 2 and the combat radius will be more than 600nm. Maximum take-off weight is expected to be more than 60,000lb. It has recently been announced that the roll-out of the aircraft is planned for 2023 with the maiden flight taking place in 2026 and service entry into Turkish Air Force in 2031.”

Is it a good idea? “The Turkish Air Force currently has a combat aircraft fleet of 240 F-16C/D Fighting Falcons of Block 30, 40, 50 and 50+ types as well as around 40 F-4E 2020 Terminators. The Terminators are optimised for ground strike and stand-off precision strike missions with around 35 of the Block 30’s nearing the end of their useful service lives. These two models are planned to be replaced by the F-35A. Starting from the 2030s, Block 40s, and later Block 50s, will need to be replaced — and that is where TFX comes in.

Therefore, the TFX is not an unfounded or unnecessary project. The model of it, on the other hand, is indeed ambitious.

It is true that Turkey has achieved significant progress in the past 20 years in the defence and aerospace sectors. The industry has expanded greatly and many indigenous designs have been completed and entered serial production. However, design, development, manufacture and sustainment of a fifth-generation fighter aircraft is a highly complex undertaking, requiring the existence of established infrastructure, human resource, experience pool and most importantly — financial resources. Therefore, it is practically impossible to conduct such a project without partners, as seen in the Tempest, FCAS, KFX programmes.

Officials have recently revealed that Turkey is in talks with several countries, without giving names, on establishing partnership for the development and production of the TFX.”

What is the future of Turkey’s aerospace industry? 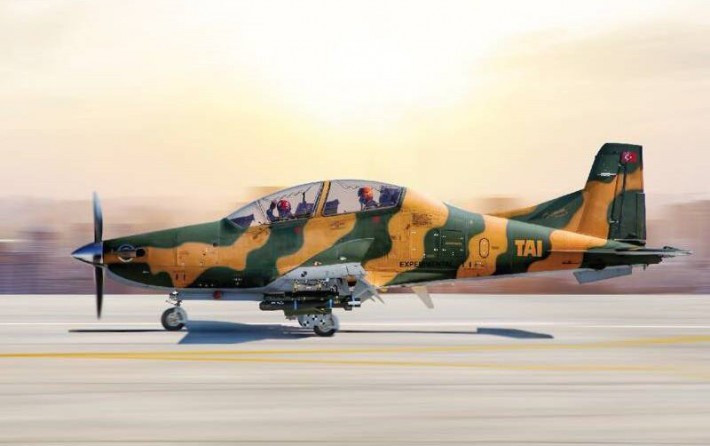 The Anka MALE and Bayraktar TB2 tactical unmanned aircraft systems are in active service, and have the ability to fire indigenous precision strike weapons. The next step for the industry is to mature these products, sustain itself with new projects and last (but not least) increase its footstep in the export market. So far TB2 tactical UAVs have been exported to Ukraine and Qatar, and a contract for 30 T129 attack helicopters was signed with Pakistan. The helicopter was also selected by the Philippines. Increasing export sales will guarantee the future of the industry, especially once reliance on foreign (read Western) countries in critical subsystems such as engine and electronics is overcome.”
Reactions: Sancho
Show hidden low quality content
You must log in or register to reply here.
Share:
Facebook Twitter Reddit WhatsApp Email Share Link
Top Bottom