Picdelamirand-oil said:
But having to open a submarine every 6 or 7 years to replace the core and its fuel load is also disastrously expensive.
Click to expand...

Isn't that the case with LEU reactors?

The Arihant (and subsequent Indian N-subs) are fueled with 40% enriched HEU - which should deliver somewhere between 10-15 years at least.

Either way, going to LEU would be way too prohibitive at this stage.
Reactions: SammyBoi 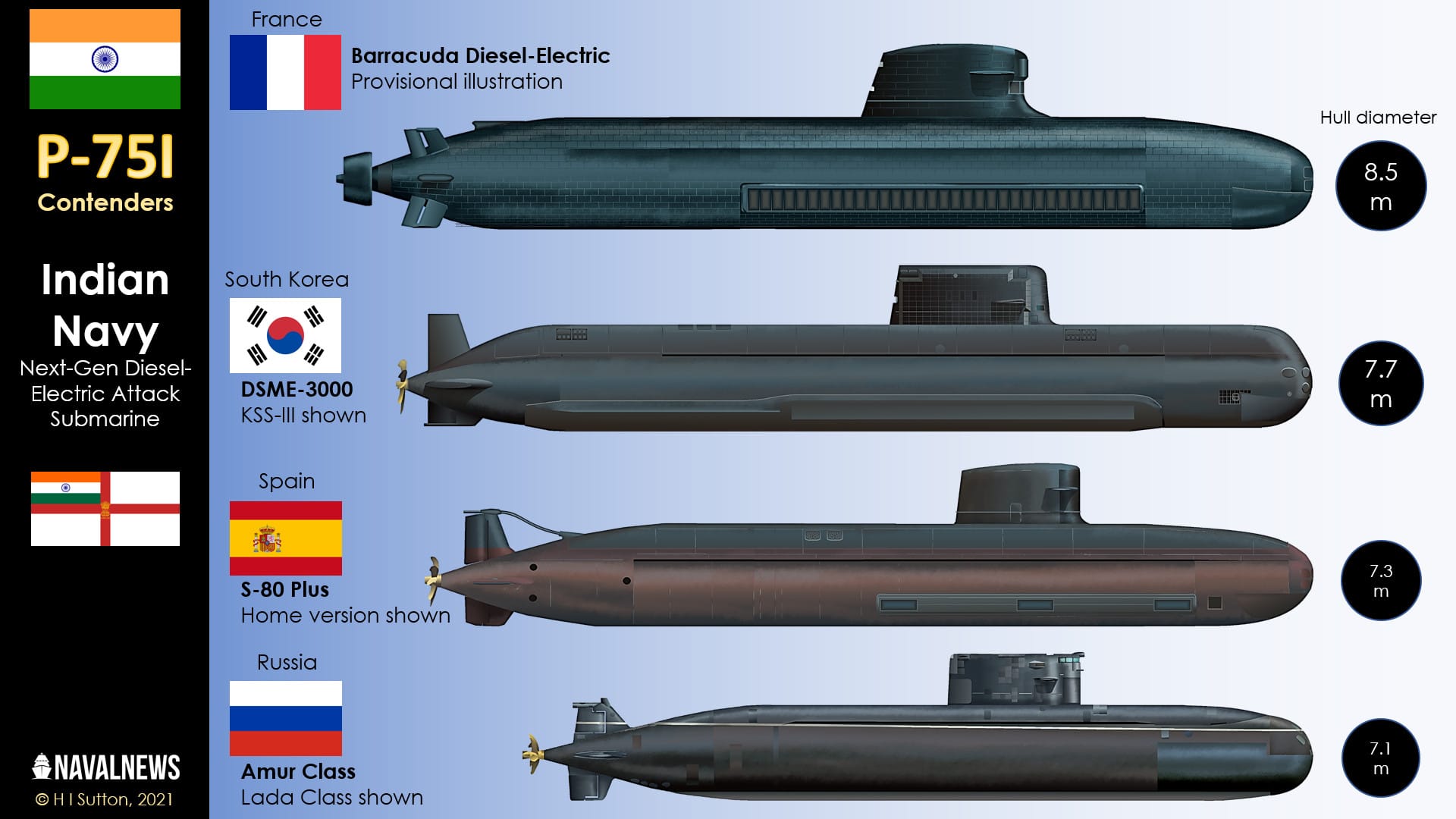 The Indian Navy's P-75I submarines will be larger and much more potent than the Kalvari Class now entering service. They will be the bedrock of India's submarine fleet at a time when the strategic focus is leaning towards China as well as the traditional adversary, Pakistan. There are 4 contenders.

Parthu said:
Isn't that the case with LEU reactors?
Click to expand...

I think he meant LEU subs do not need to cut open and are easier to refuel. But obviously frequency is higher.
Reactions: Parthu

The Indian Navy's P-75I submarines will be larger and much more potent than the Kalvari Class now entering service. They will be the bedrock of India's submarine fleet at a time when the strategic focus is leaning towards China as well as the traditional adversary, Pakistan. There are 4 contenders.

I think he meant LEU subs do not need to cut open and are easier to refuel. But obviously frequency is higher.
Click to expand...

My remark was not intended to promote French submarines, it was about a US rather than a Russian solution.

Don't know if this was known before (certainly not to me):

Seems that inclusion of Lithium-Ion Batteries (LIB) technology is going to be a mandatory requirement under P-75I, alongside AIP.

Parthu said:
Don't know if this was known before (certainly not to me):

Seems that inclusion of Lithium-Ion Batteries (LIB) technology is going to be a mandatory requirement under P-75I, alongside AIP.

It's not just mandatory, but it's also supposed to be indigenous. 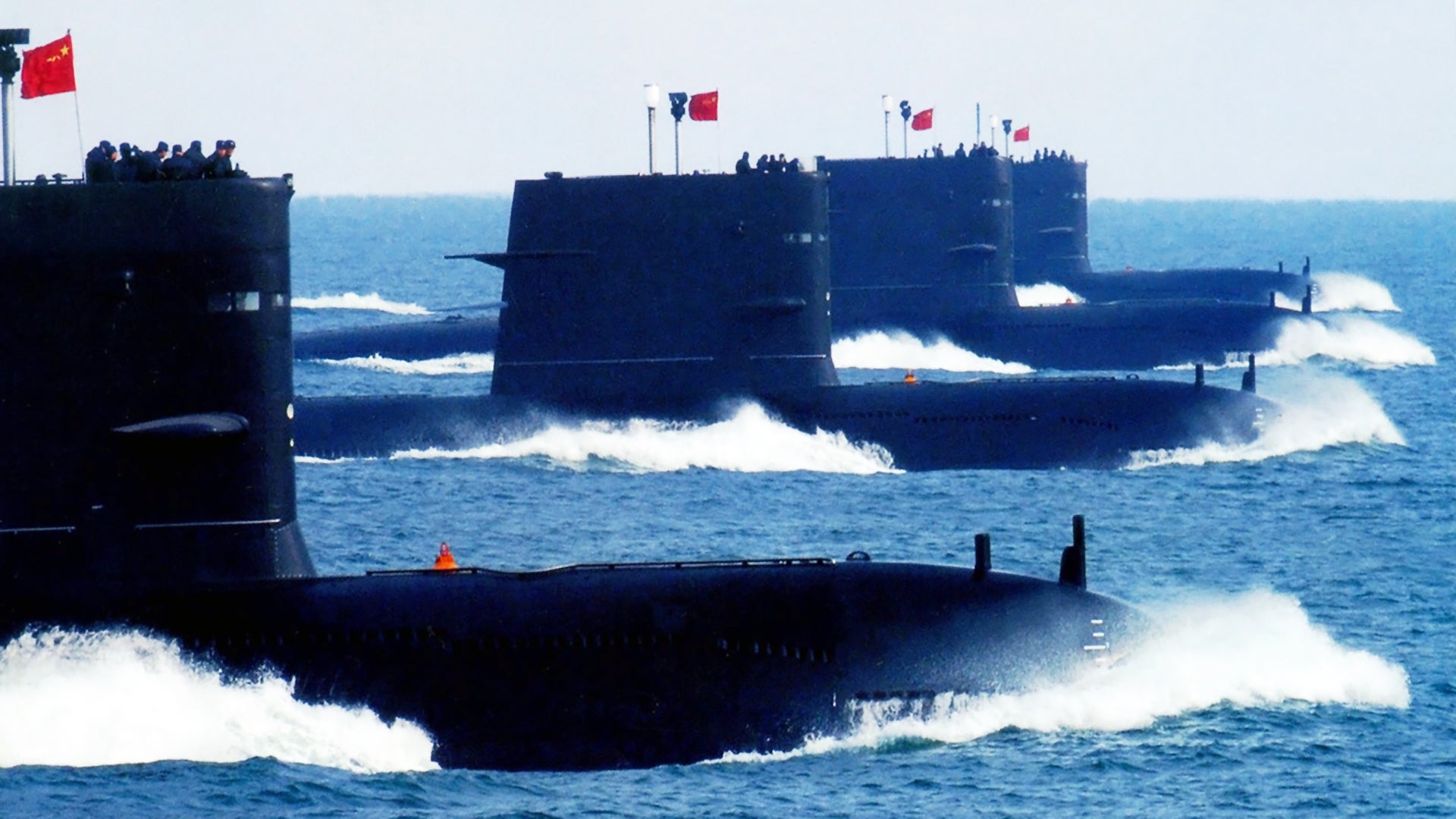 A veteran submarine hunter explains how the proliferation of ever more capable diesel-electric submarines is a major problem for the U.S. Navy.

Here is where the Russians and some of our allies have us beat. For our surface navy, we need to come up with a system similar to the Russian RBU-6000 anti-submarine rocket launcher. Better yet, we should support our friends and purchase Sweden’s ASW-601, or bring back a simple, inexpensive system like the ol’ Hedgehog. The benefits of this system also include mine countermeasures and an anti-torpedo defense, both of which our warships need.

For our aircraft, we need a simple, inexpensive depth charge that is similar to a Hedgehog device — bomblets, perhaps, such as an ASW version of the Mk 20 Rockeye cluster bomb. This would also mean developing a more effective magnetic anomaly detector (MAD) boom/bird to deal with a submarine in this environment. Funny how we seem to need to go back-to-the-future in 21st-century ASW.
Click to expand...

The lithium-ion battery (LIB) is the latest technology being applied to diesel submarines. More than just a much-desired replacement for the standard lead-acid battery (LAB), Japan has been working to perfect the LIB for much of the 21st century.

Clearly, with the launch of the second Taigei ("Big Whale") class submarine, the Hakugei ("White Whale"), a few weeks ago, the JMSDF is comfortable with the performance and safety of the technology; so much so, that it will no longer rely on the cumbersome Stirling engines that provide AIP propulsion for their previous boats, the Sōryūclass.


Indeed, lithium-ion batteries could allow some navies to dispense with all the complexity, weight, and, in some cases, the detectability of AIP machinery altogether. In essence, the LIB technology represents the dream of what a diesel-electric boat could possibly be. Depending on the needs of the navy, they offer their own kind of replacement for AIP technology, allowing for much longer dives than their LAB-equipped brethren, all without the complexity of having a separate AIP propulsion technology on board, although they do have unique fire suppression and other requirements.

Compared to AIP and LAB submarines, LIB cells can also take up considerably less space, allowing for more cells in compartments already allocated for batteries. Or, since space is always at a premium on a submarine, the area planned for an AIP plug can now be used for additional sensors, special operations capability, crew spaces, additional weapons, or even more batteries.
ASW crews love to interrupt a diesel boat that is surfaced or snorkeling to recharge its batteries. A LAB submarine needs, ideally, an uninterrupted half an hour — up to several hours — to obtain a full charge, depending on the quality of the batteries. Forcing the submarine to completely submerge when it has only attained, say, a 36 percent charge creates a difficult environment for the skipper. How long will the ASW force keep me down? Will I be interrupted again? With only a 36 percent charge, can I realistically get away from a determined hunter? If a torpedo is in the water, how long can I maintain speed to evade the weapon?

Unfortunately, “interrupting” a submarine with lithium-ion batteries is very unlikely. LIB cells recharge at a significantly faster rate than LAB cells. They also can discharge a greater amount of energy, which translates into higher speeds, and the batteries will maintain that high level of energy even as the charge is depleted. This allows the skipper to get away from or pursue a threat, even a nuclear submarine — if the conditions are right. Also, the investment a navy makes into lithium-ion technology is rewarded by the fact that the batteries keep most of their fast-charging ability and high-energy output throughout their lives.
LIBs can also be paired with existing AIP technology to dramatically increase the capabilities of these already remarkably capable boats. This is exactly what South Korea is doing with their KSS-III Batch 2 submarines. Navalnews.com reports that Moon-hee Jang of Hanwha Defense says the new configuration will last 300 percent longer at full speed and 160 percent longer in cruise mode, also adding:
“Batch-2 submarines will have both AIP propulsion systems and lithium-ion batteries, which will increase the submerged endurance to more than 20 days at sea.”
And it's possible that the AIP system can charge the batteries while submerged. That is a stunning performance boost for a diesel-electric submarine, and the pairing of the technologies offers incredible flexibility that would greatly complicate a submarine hunter's mission.
Finally, a very critical point is made by the authors of this article encouraging the U.S. Navy to have a serious talk with the Japanese regarding LIBs: “All navies are rapidly developing and integrating large fleets of battery-powered [unmanned] submersibles.” As the U.S. Navy pursues unmanned air, surface, and subsurface vehicles, the use of Japanese-developed LIB technology can only enhance their performance and reliability.
Of course, AIP or advanced battery technology alone is not enough for submariners! Advances in propellor-blade technology and hydrodynamic hull designs (which, added to fuel cells’ capability for high speeds, allows for excellent sprint-drift operations), demagnetized hull materials, anechoic coatings, and sensor and weapons capabilities (including the submarine-fired SAM), and I think today’s ASW crews might be *censored*ed.
Click to expand...