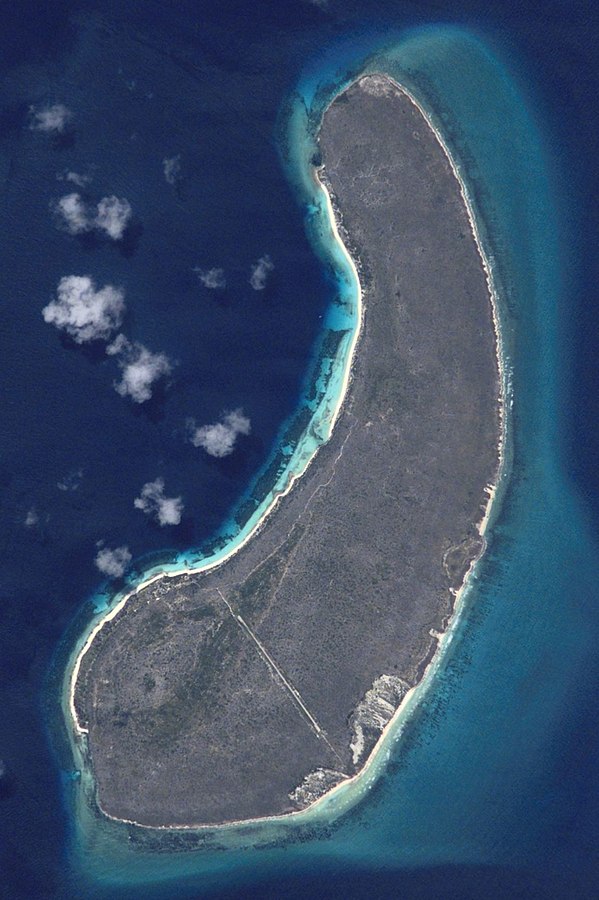 Currently, the remote coral island has a tin shack post office, an air strip and almost no people, it is less than seven kilometres long, has a high point just 30 metres (100 feet) above sea level and is covered in bird excrement.

But its location lends it strategic importance for monitoring shipping in the Mozambique Channel.

India plans to invest $550 million dollars (446 million euros) in building the base to help it ensure the safety of its vessels in the southern Indian Ocean. It also says the base will be a resource for other shipping nations.

"Assumption is very close to the Mozambique Channel where much of the international trade is transiting, and not just for India but for other countries as well, and our interest is that our trading vessels are safe," said India's ambassador in Victoria, Ausaf Sayeed.
Click to expand...

India’s plans on archipelago in Mauritius cause unease
India will extend a runway and build port facilities on the Mauritian archipelago of Agaléga in what security experts say is a significant boost for New Delhi in its tussle with China for military influence in the Indian Ocean.

Agaléga consists of two sparsely populated islands about 600 miles north of Mauritius, a beach holiday destination that also boasts a huge exclusive economic zone of 2.3m sq km, roughly the size of India’s. The exact nature of construction is shrouded in secrecy. However, Abhijit Singh, a former Indian naval officer and head of the Maritime Policy Initiative at the Observer Research Foundation in Delhi, said the plan was to double the length of the runway to 3,000m and build a jetty as well as a transponder system to identify ships as friend or foe. The runway extension would allow both Mauritius and India to land bigger aircraft, which would give Delhi “better maritime awareness” in that part of the Indian Ocean, said Mr Singh.

In written answers to questions from the Financial Times, Pravind Jugnauth, Mauritian prime minister, confirmed that “India would be allowed to utilise the facilities in Agaléga subject to prior notification from the competent authorities of Mauritius”. Afcons, an Indian company, has won the MRs3bn ($87m) contract for the works that would be “fully funded by the government of India on a grant basis” and include “a jetty and an airstrip with associated facilities”, said Mr Jugnauth. “This project is meant to improve the connectivity with mainland Mauritius and also support economic development of Agaléga to the benefit of the people,” he added.

Agalega Islands map The planned construction has however provoked opposition among many of the roughly 300 Agalégans, some of whom fear the islands could be ceded to India. In 1965, before Mauritian independence from the UK, London split another archipelago, the Chagos islands, from Mauritius, forcibly relocating the inhabitants and allowing the US to build a military base on Diego Garcia. Many Agalégans fear they could suffer a similar fate.

“I and all the people of Agaléga are worried about this project because the Mauritian government is hiding many things,” said Arnaud Poulay, an Agaléga resident contacted by phone. “We are against a military base on Agaléga,” he said. “I am very frightened to be from Agaléga right now.” José Moirt, a lawyer and rights activist, said Agaléga residents could be expelled to make way for a base. “There is clearly a policy in place for them to leave the island,” he said. Mr Jugnauth denied any such threat, saying: “Not only will the people of Agaléga be able to continue living on the island, Mauritian sovereignty will not be affected.” Brahma Chellaney, an Indian expert on security issues, said using Agaléga as a “logistics hub” could help Delhi “sustain naval operations in the south-west Indian Ocean”. He described China as “an outside power” seeking a naval presence in “India’s maritime backyard” in what he said was a provocation to India and others. The US, France and Britain, he said, were also “getting anxious about what China is up to”, including its recent construction of a military base in Djibouti on the Red Sea as well as ports in Sri Lanka and Pakistan.

FT archive Investing in Mauritius Is Mauritius big enough for China and India When Narendra Modi, India’s prime minister, visited Mauritius in 2015, the two countries signed a memorandum of understanding to “improve sea and air transport facilities” on Agaléga, including the provision of state of the art telecommunications equipment.

This May, Fazila Jeewa-Daureeawoo, Mauritian deputy prime minister, gave a written response to the country’s national assembly in which she said the agreement between India and Mauritius was “subject to confidentiality and cannot be disclosed in part or in full”. Mauritius, which Mr Modi has referred to as “little India”, has long had close security ties with Delhi. In the 1980s, India helped it establish a coast guard, supplying both ships and personnel. Two-thirds of Mauritius’ 1.4m people are of Indian descent, the majority brought in by Britain as indentured labourers in the 19th century to work on sugar plantations. India and China are involved in a tussle over the Maldives, a chain of 26 atolls in the Indian Ocean where voters last month ousted President Abdulla Yameen, who had drifted away from Delhi’s influence and decisively closer to Beijing.
Subscribe to read | Financial Times
Reactions: Ashwin

Agalega: A Glimpse of India’s Remote Island Military Base

Satellite imagery reveals the transformation of an Indian Ocean island into a strategic outpost. Many questions remain The small, remote Mau...