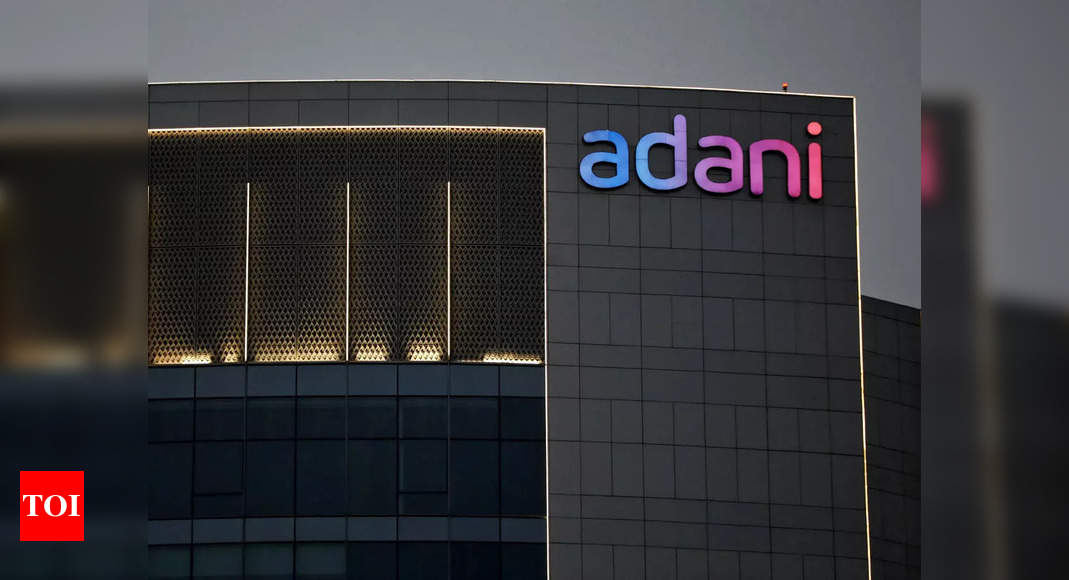 Tata Power bets on microgrids for rural power supply in India Group wants to build 10,000 small local arrays in a country where not everyone has reliable electricity from the grid Manoj Gupta Manoj Gupta: ‘The intention is to have this not as a profit-oriented but as a sustainable organisation’.

Manoj Gupta has spent the past two years bouncing along the dusty roads of rural India, looking at solar panels. The veteran of 107-year-old Tata Power, one of India’s oldest and biggest electricity distributors, is tasked with perfecting a type of solar power installation called a microgrid. Although microgrids are typically used in philanthropic projects, as chief executive of the newly created Tata Power Microgrid (TPMG) subsidiary, Gupta’s mandate is to create a commercial enterprise.

“Many would feel that this could only be a corporate social responsibility project,” Gupta said. He added that his boss, Tata Power managing director Praveer Sinha, had “stuck his neck out”. As India hurries to meet ambitious energy transition targets, including generating 500GW of renewable energy by 2030, business empires Adani Group and Reliance Industries are investing billions in huge renewables projects — from factories to make green hydrogen to enormous solar power farms.

There is a long way to go. India relies on coal for 70 per cent of its power generation, and disruption to coal supplies caused blackouts in parts of India during a recent heatwave, underscoring the need for renewable energy to augment India’s electricity supply. Bar chart of Total installed capacity (GW) showing India's renewable energy breakdown Tata Power also has industrial-scale solar projects, but its bet on microgrids sets it apart from rivals. It plans to scale up from 200 to 10,000 microgrids.

Gupta said the two microgrids seen by the FT cost Rs5mn ($65,000) to build, but Tata Power said costs were subject to change and declined to give specific figures on total investment. Abhishek Jain, a fellow at New Delhi-based Council on Energy, Environment and Water (CEEW) said Tata was “certainly at a much larger scale” than previous initiatives and breaking new ground by focusing “more on the productive applications in rural areas” rather than households.

Nonetheless, “this is not going to be the most lucrative investment you can make”. “The intention is to have this not as a profit-oriented but as a sustainable organisation,” Gupta said. “So we need to have money to run by itself, not hugely earn money out of it.” While most of India’s villages are connected to the electricity grid, not all receive consistent power — a study by CEEW found that rural households received 19.9 hours per day on average, but this varied widely between states. Uttar Pradesh and Bihar, where TPMG have built microgrids so far, are among the worst.

Access to electricity “should be our fundamental right, like food, water and other basic things”, said Neetu Awasthi, a 30-year-old resident of Uttar Pradesh. “Power is such a big worry for us that if we have electricity here, we feel like it is the kindest act by someone.” Consistent electric power varies in India from state to state Tata Power views this underserved rural market as an opportunity, Gupta said.

“And with that idea we went on to this new microgrid concept. We believe that there is a huge opportunity to serve those customer segments because there’s a power shortage.” TPMG is spending three years experimenting before the major rollout. “We have learnt from failures,” Gupta said. The most dramatic setback came when floods in Bihar nearly drowned five microgrids — Gupta commandeered a boat to rescue valuable batteries.

Raised platforms were incorporated into later designs. The microgrids are installations of nearly 100 solar panels arrayed in a field next to the village they supply, with a diesel generator cell and a hut containing storage batteries and automated remote monitoring and control systems. These smart monitors manage the supply flowing from the panels, batteries and generator, to households and businesses. Customers can pay bills through an app, and Tata has local employees to take care of the equipment and make sales. Gupta and his team installed CCTV to make the microgrids more theft-proof, and if more customers want to sign up, TPMG can add panels to boost supply.

‘Power is such a big worry for us that if we have electricity here, we feel like it is the kindest act by someone,’ says Awasthi © Chloe Cornish/FT

Thanks to the batteries and diesel generator, which Gupta wants to replace with a biomass alternative, Tata’s microgrids can supply up to 24/7 electricity. The challenge is convincing locals to spend Rs100-750 (£1-£7.50) a month on it. In Uttar Pradesh, many potential customers said they were happy to stick with the erratic state-supplied power because it is a fraction of Tata’s price.

Prabhunath Gupta, 22, described the government supplied 10-12 hours of power as “very good”. “It’s a mindset which has to be changed,” Gupta said. India’s per capita electricity consumption is roughly a third of the global average, and Gupta noted that while urban dwellers tend to use 300-500 units per month, people living in rural areas tend to use 10-30 units on basic lighting and a fan.

Small business owners, like baker Shahban Ali, are Tata’s target market. His bakery walls are black from the diesel generator he used to run in the absence of reliable power. Not only were the polluting generators expensive to fuel, “people used to get very sick”. He now pays Rs15,000-Rs18,000 for Tata power 24/7, and he says his profits have doubled.

For its next microgrids, Gupta says he is looking for sites with major economic activity. But TPMG is also trying to steer smaller businesses towards using electrical appliances, such as food mixers, which it can offer on an instalment plan. The more money these businesses generate, the more willing they will be to buy electricity, Gupta reasoned. As income levels go up, so do aspirations for electronic items like televisions. Awasthi’s family, who have also rigged up their own small solar panel, decided to pay for Tata’s power.

They use it sparingly because of the cost, but now Awasthi’s children can study in the evening. “Maybe rich nations mainly caused [global warming], but if better energy is available now our country should choose that,” Awasthi said. “I hope things improve, change for better.”

India extended a deadline for coal-fired power plants to install equipment to cut sulphur emissions by two years, the government said in a notification on Tuesday, marking the third push back on a commitment to clean up dirty air.

Indian cities have some of the world’s most polluted air. Thermal utilities, which produce 75% of the country’s power, account for some 80% of industrial emissions of sulphur and nitrous-oxides, which cause lung diseases, acid rain and smog.

India had initially set a 2017 deadline for thermal power plants to install flue gas desulphurisation (FGD) units to cut sulphur emissions. That was later changed to varying deadlines for different regions, ending in 2022, and further extended last year to a period ending 2025.

The order on Tuesday said power plants will be forcibly retired if they do not comply to norms on sulphur emissions by end-2027.

Plants near populous regions and the capital New Delhi will have to pay penalties to operate from end-2024, while utilities in less polluting areas will be penalized after end-2026, the order said.

The federal power ministry had pushed for an extension, citing higher costs, lack of funds, COVID 19-related delays and geopolitical tension with neighbouring China, which has restricted trade.

The delay will be welcomed by operators of coal-fired utilities including private companies, like Tata Power and Adani Power, which have long lobbied for less severe requirements. 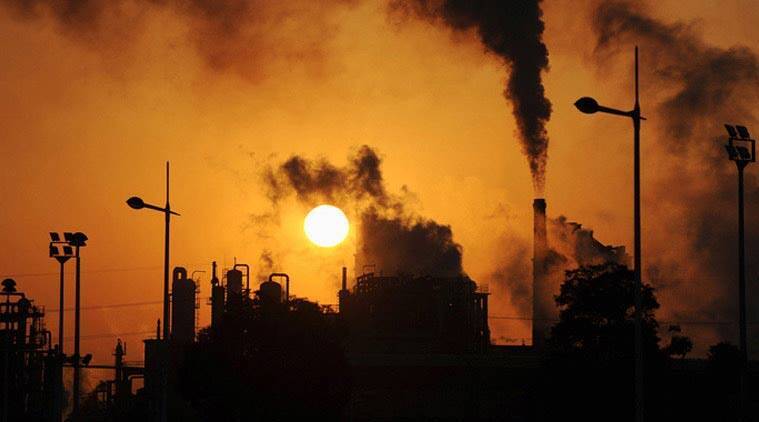 The delay will be welcomed by operators of coal-fired utilities including private companies, like Tata Power and Adani Power, which have long lobbied for less severe requirements.

The government has said that India has turned into a power surplus nation with a total installed electricity capacity of over four lakh Mega Watt.
Keeping in mind the sustainable development goals, India’s power generation mix is rapidly shifting towards a more significant share of renewable energy.

Today, India is the world’s third largest producer of renewable energy, with 40 per cent of its installed electricity capacity coming from non-fossil fuel sources.

Solar energy-based applications have benefited millions of Indians by meeting their cooking, lighting, and other energy needs in an environment-friendly manner.

Having achieved large-scale success in solar energy solutions, India has spearheaded the International Solar Alliance, ISA which is an action-oriented, member-driven, collaborative platform for increased deployment of solar energy technologies.

The membership of the ISA is open to all member-states of the United Nations, and 107 countries are signatories to the ISA Framework Agreement at present. The Alliance aims to efficiently utilise solar energy to reduce fossil fuel dependence, thereby creating a greener planet.
The government added that India has always shown its willingness in leadership to fight climate change. The country’s vision is to achieve Net Zero Emissions by 2070, in addition to attaining the short-term targets including increasing renewables capacity to 500 Giga Watt by 2030 and meeting 50 per cent of energy requirements from renewables.