Gautam said:
India wants ten more P-8I aircraft for surveillance, reconnaissance and anti-submarine operations in addition to the eight it contracted for in 2009 for the Navy.
Click to expand...

Many large orders have taken the FMS route including very recently, the 145 M-777 light howitzers for the Indian Army and also, the C-130 and C-17 aircraft and the Apache and Chinook helicopters.
Click to expand...

Not correct when it comes to Apache and Chinook. These came via competitive tender.

But there are also some major differences: the USA is not happy with the purchase of the S-400 air-defence missiles from Russia.
Click to expand...

The USA is also keen that the Indian Air Force buys the F-35 fighter aircraft. India is keen to buy about 114 fighters and the French, Russians and Swedes are also bidding for the deal.
Click to expand...

Originally we were supposed to operate 28 P-8Is, but that's come down to 22. UAVs and UCAVs may make up for the difference.

Fafnir said:
Will be interesting to see how close the IN's new P-3Is come to matching the P-8A of the USN.
Click to expand...

With the STA-1 status, there won't be much of a difference between American P-8A and the P-8I in terms of sensors. The remaining P-8I will be upgraded.

The only addition on the P-8I would be an extra radar and the MAD, and of course India specific comm systems.

We bought 8 and then exercised an option for 4 more.

Not correct when it comes to Apache and Chinook. These came via competitive tender.

Originally we were supposed to operate 28 P-8Is, but that's come down to 22. UAVs and UCAVs may make up for the difference.
Click to expand...

3.1 billion usd for 10 p8i under fms
India to go ahead with $3.1 bn US deal for maritime patrol aircraft - The Economic Times
Reactions: Gautam, Sathya, Paro and 1 other person

Any info about the updates of P8I in the latest order? 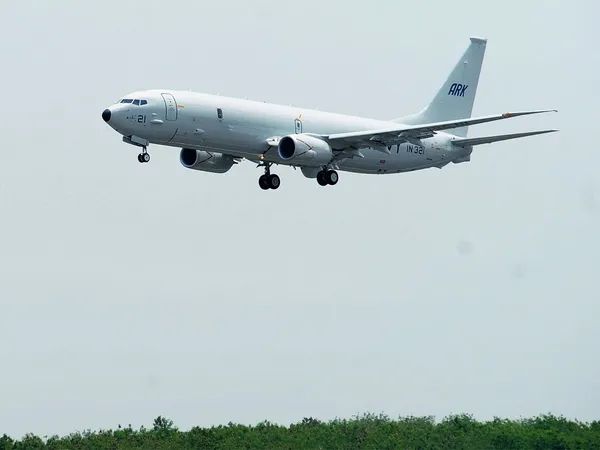 
New Delhi: On the eve of the visit by Admiral John Aquilino, the US Pacific Command chief, the Defence Acquisition Council (DAC) headed by Defence Minister Rajnath Singh and including the three armed forces chiefs, will look at, once again, at a three billion dollar mega-deal — the purchase of 10 P8i maritime reconnaissance aircraft for the Indian Navy.

This is the second time the issue comes up in a DAC meeting even though this is a repeat order — the Indian Navy has purchased the plane earlier — as it comes in the wake of the COMCASA or Communications Compatibility and Security Agreement. "As a result, the equipment on the plane and the cost will change," high-level government sources said.

The P8i is a long-range (more than 1,200 nautical miles) aircraft for surveillance and also, anti-submarine operations. The USA has been pushing this deal which comes up before the DAC towards the end of this month. Admiral Aquilino arrives for meetings with the Navy chief Admiral Karambir Singh, and other officials, on October 27 for a three-day visit.

Discussions are likely to be about closer defence cooperation and the situation in the South China Sea. The USA is concerned about the growing power of China and its recent differences with ASEAN countries, some of whom are close to the USA. There is also some talk of Admiral Aquilino going to the Andamans, where the armed forces have a unified command, but that is yet to be decided. There could be discussions on the region, including help to smaller countries.

Here’s the Indian Navy’s 9th P-8I on the Boeing production line near Seattle. Delivery is scheduled for next year. 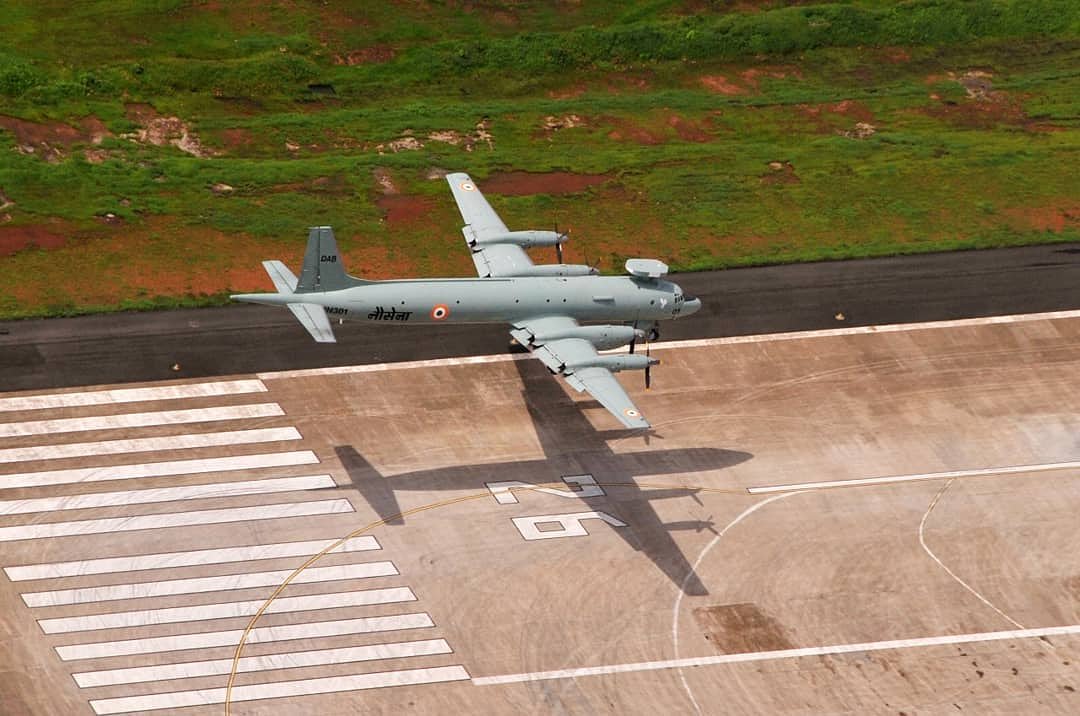 So out of the initial 10 nos quoted, only 6 have been approved.
Reactions: Falcon and Gautam

now it will go to cabinet committee on security i guess ,then only the order will be placed ??

can somebody break the phase from AON to final order

_Anonymous_ said:
So out of the initial 10 nos quoted, only 6 have been approved.
Click to expand...

impact of slowdown is clearly visible ,most of our acquisition,upgrade etc are getting delayed or getting prunned

Not sure about the number.

Ashwin said:
Not sure about the number.

Probably some other deals like MH60R helicopters might have been approved along with this deal so the reduction in numbers. Anyway, quite an expensive aircraft at 250million dollars a piece.
But extremely necessary.

The squadron, based in Porbandar, will operate the upgraded Dornier 228 aircaft, which was indegeniously manufactured by the Hindustan Aeronautics Limited (HAL) under licence from RUAG Aerospace.

Dornier Aircraft handed over to Seychelles President at Palam airport in 2018. (Express Photo by Renuka Puri)

The Indian Navy will commission its sixth squadron of Dornier aircraft at Porbandar in Gujarat on November 29. The state-of-the-art multi-role Short Range Maritime Reconnaissance aircraft will keep an eye in the north Arabian Sea where India shares its maritime border with Pakistan.

“The squadron, nicknamed “Raptors” with four newly inducted CS Dorniers, will be commissioned at an event in Porbandar where Deputy Chief of Naval Staff, Vice-Admiral MS Pawar, will be present,” said Wing Commander Puneet Chadha, spokesperson, Ministry of Defence, Gujarat.

The new INAS 314 squadron will be commanded by Captain Sandeep Rai who was commissioned into the Indian Navy on January 1, 1999. Captain Rai has over 3,000 hours of flying experience and has been part of a crew, which set up the Seychelles Dornier Flight for combating piracy off Seychelles in the Indian Ocean, stated the information shared by the spokesperson with The Indian Express.

The squadron, based in Porbandar, will operate the upgraded Dornier 228 aircaft, which was indegeniously manufactured by the Hindustan Aeronautics Limited (HAL) under licence from RUAG Aerospace. These upgraded aircraft are equipped with glass cockpit, advanced surveillance radar, ELINT (Electronic Intelligence) sensors and networking features used for electronic warfare mission, maritime surveillance, search and rescue and providing targeting data to weapon platforms, it stated.

The squadron will also provide round-the-clock sensor-based surveillance that will help ward off terror and other sea-borne threats in a region where China has a significant stake in Pakistan’s Gwadar port, located about 500 nautical miles away from Porbandar.

The Indian Navy has about 23 Air Squadrons made up of Dorniers, UAVs, IL-38, Mig-29K, P-81, Chetak, Advanced Light Helicopters, Seaking 42B, Kamov 28 and Hawk Mk 132. However, there are only five Dornier aircraft squadrons currently being operated by the Indian Navy. The latest Dornier aircraft squadron to be commissioned into the Indian Navy on July 22, 2019 was INAS 313 named “Sea Eagle” at Meenambakam in Tamil Nadu. The others Dornier squadrons are based in Goa, Vishakhapatnam, Kochi and Port Blair.

Porbandar has become an important hub for the Navy after it commissioned a forward operating base INS Sardar Patel in 2018. Apart from Dorniers, the Navy’s Air Squadron at Porbandar also houses an Unmanned Aerial Vehicle (UAV) squadron — The Frontier Formidables. According to defence sources, the new Dornier squadron in Gujarat will help add to the survelliance provided by the Israeli-origin UAVs that have shorter flying range compared to the Dornier aircraft, which can remain airborne for about 10 hours and has a range of over 1,000 nautical miles.

Falcon said:
06 only. No money mantra
Click to expand...

I guess it has more to do with AWACS-India also being approved.
Reactions: Schwifty
A

randomradio said:
I guess it has more to do with AWACS-India also being approved.
Click to expand...