STEPHEN COHEN said:
I am following the Afghan Situation on Twitter , NOT on PDF

Assad was saved by Russia

What do Afghans have

Anyway this is a theoretical discussion

The larger point is what does the Afghan citizen want

They have to choose and decide
Click to expand...

I would honestly recommend this video
To understand what's going on in Afghanistan. The Afghans are highly backward people apart from the people in Kabul. The Taliban coexist within the afghan people. It's like Kashmir but in the entirety of the country. Most of them most probably hate the american occupation and for them Taliban might seem like a more native counterpart.

Lolwa said:
Pointless the Russians won't like it and the Tajiks won't repay anything.
Click to expand...

To some extent you are correct but to be a super power Indian foreign policy needs to care less. You don't have any other choice.

Lolwa said:
If we had atgm's or drones or surveillance equipment that we could have exported we could have a lot more say and influence in the region.
Click to expand...

Correct, India can't afford or pay. This is why Chinese have filled that gap.

Lolwa said:
Since neither the Russians,Pakistanis or Iranians seem to be interested in actually stabilizing the region.
Click to expand...

If India wanted India could easily settle all the scores in one single go. But even India is sleeping. You get POK the equation will change.

By the same analogy that Taliban using captured Pakistani equipment are supported by Pakistan, now them with Indian helicopter, must be supported by India?
S


https://twitter.com/i/web/status/1425395785303302145
By the same analogy that Taliban using captured Pakistani equipment are supported by Pakistan, now them with Indian helicopter, must be supported by India?
Click to expand...

If you look at the video again , that helicopter is damaged

Its Main Rotors are missing

They must have damaged it before leaving it like that
Reactions: screambowl

add drones to the list as well. Some of them will find their way to china as usual. 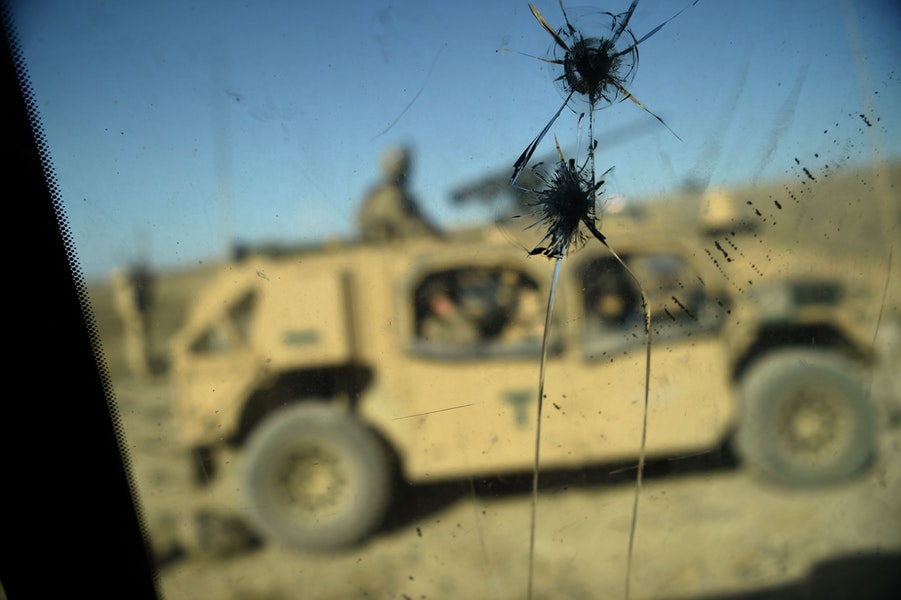 What Really Went Wrong in Afghanistan

The Washington Post’s investigative series misdiagnoses the problem and devotes little space to the real mistakes.

NOTE : The article's from Jan 2020 & almost everything written here has come to pass in the 18+ months since.
Reactions: Paro and STEPHEN COHEN


https://twitter.com/i/web/status/1425395785303302145
By the same analogy that Taliban using captured Pakistani equipment are supported by Pakistan, now them with Indian helicopter, must be supported by India?
Click to expand...

What analogy ?
Captured from Pakistan? How so ?

Although pakees are not known for intelligence, but this one is scrapping the barrel.

This man is obsessed AF to anything Pakee. So now we have to watch every type of degeneracy posted on Twitter etc on SFF too. Great ab yahi chutiyapa baki tha.

Seems American and Chinese show in Afghanistan soon to begin.

In what could further complicate the security of Indian assets in Kabul already under threat of a ramaging Taliban, Pakistani covert agency Inter-Services Intelligence (ISI) has floated a new terror outfit styled as Hizb-e-Wilayat to carry out attacks exclusively on Indian assets in Afghanistan.
The outfit, headed by one Dr Anwar Firdausi, will comprise elements of the 10,000 jehadis pushed across the border by Pakistan into Afghanistan to aid the Taliban in violent takeover of the war-ravaged country from the democratically elected Abdul Ghani Government, sources privy to the development said.
The ISI move coincides with the takeover of six Afghan provinces by the Taliban in quick succession.
Besides sending the jehadis to Afghanistan, the ISI has also forged an alliance between its terror cohorts Lashkar-e-Tayabba and Jaish-e-Mohammad with the Taliban for the continuing onslaught in that country to target Indian assets.
During the last two decades, India has invested USD 3 billion in reconstruction efforts in Afghanistan after the Taliban was dislodged by the US-led forces in 2001.
The Taliban has already shot down one helicopter and captured another such machine. The helicopters were gifted by India to the Afghanistan government.
Besides the nexus between the Taliban and Pakistan Army-ISI, Islamabad’s all-weather ally Beijing has also reportedly joined forces with the UN-sanctioned terror group for supply of surface-to-air (SAM) missiles to challenge bombings by American B-52 bombers.
In addition to the latest move of launching a terror outfit to exclusively and selectively target Indian investments in Afghanistan, the ISI is feeding misinformation to maximize attacks against Indians and their assets in that country.
The ISI manoeuvres have posed threat to the Indian embassy in Afghanistan as well as those in the entire region, the sources said.
The ISI has reportedly convinced the Taliban that India had recently bombed a group of Taliban in Kandahar province of Afghanistan. The Pakistani agency has further told the Taliban that attack helicopters and military planes that were built in India were handed over to Afghan defence department some time ago. The ISI has further been able to convince the Taliban that fighter jets were stationed in Kabul airport under Indian command with Indian pilots.
“The ISI’s moves are part of its bid to cement its leverage with the Taliban to have a significant say in managing the war-ravaged country to stay geopolitically relevant and diminish India’s role in reconstruction efforts there. Simultaneously, Pakistan is also seeking to draw China in its game to supplant the Taliban at the helm of affairs in that country post completion of withdrawal of US troops early next month,” a security expert said.