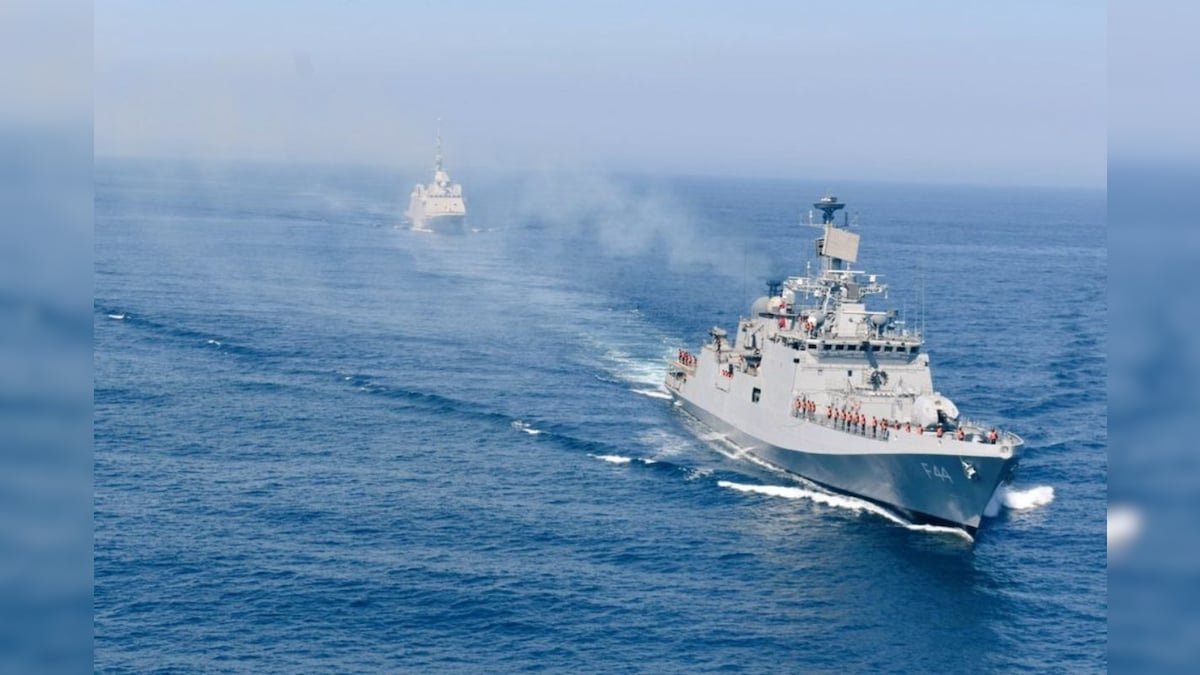 A wide range of operations including anti-submarine and air defence drills, replenishment at sea and firing were exercised by the ships.

Australia is keen that India join its biggest war games ‘Exercise Talisman Sabre’ in 2023 and a formal invite could be extended during Australian Defence Minister Peter Dutton’s visit to India, which is likely in the next couple of months, according to official sources.

Meanwhile, the Quad group of countries comprising India, Australia, Japan and the U.S. are set to hold the annual Malabar naval exercise 2021 off the coast of Guam end August. Australia was included in the Malabar 2020.

Mr. Dutton said few days back that he would like to see India participate in the biennial Exercise Talisman Sabre. There is no formal invitation for Talisman Sabre at this stage, but Mr. Dutton is very keen that India join the exercise and may possibly be visiting Delhi in next month or two, an official source said.

According to the Australian Defence Ministry, Talisman Sabre 2021, which just concluded, was the largest bilateral combined training activity between the Australian Defence Force (ADF) and the U.S. military and saw the participation of approximately 17,000 military personnel from seven nations on land, air and sea. The other countries include Canada, Japan, New Zealand, South Korea and U.K.

Four frontline warships from the Navy’s Eastern Fleet are scheduled to depart on an overseas deployment of over two months to South East Asia, the South China Sea and Western Pacific during which they will conduct a series of exercises and interactions.

“The deployment of the Indian Navy ships seeks to underscore the operational reach, peaceful presence and solidarity with friendly countries towards ensuring good order in the maritime domain and to strengthen existing bonds between India and countries of the Indo-Pacific,” a Navy statement said. The task group comprises of guided missile destroyer Ranvijay, guided missile frigate Shivalik, anti-submarine corvette Kadmatt and guided missile corvette Kora.

During the deployment in the Indo-Pacific, the ships are scheduled to participate in bilateral exercises with the Navies of Vietnam, Philippines, Singapore (SIMBEX), Indonesia (Samudra Shakti) and Australia (AUS-INDEX). “Further, they would also participate in multilateral exercise MALABAR-21 alongside the Japanese Maritime Self Defence Force, Royal Australian Navy and the United States Navy in Western Pacific,” the Navy said.

The modalities for Malabar, which is being hosted by the U.S. this time, are currently being finalised. The U.S. is planning first phase in Western Pacific and India planning the second phase, according to a diplomatic source.

In recent years, India has significantly scaled up its military cooperation with the Quad countries on a bilateral level as well as multilateral formats deepening interoperability and high technology cooperation.

These maritime initiatives enhance synergy and coordination between the Indian Navy and friendly countries, based on common maritime interests and commitment towards Freedom of Navigation at sea, the Navy added.

Defence Minister likely to visit India in couple of months

The arrival of the ship heralds a new chapter in the bilateral defense ties with the commencement of the harbor phase of first Naval Exercise between the two countries — ‘Al-Mohed Al-Hindi 2021’.

INS Kochi, an indigenously designed and built Kolkata class stealth guided missile destroyer by Mazagaon Dock Limited, Mumbai, was commissioned on Sept. 30 2015 and is one of the most potent warships in its class.

The ship incorporates new design concepts for stealth and has many firsts to her credit, including a large component of indigenous combat suites.

The ship can be truly classified as a ‘Network of Networks’ as it is equipped with sophisticated digital networks, besides a sophisticated array of state of art weapons and sensors to neutralize any threat from the air, sea and underwater.

The unique feature of the ship is the high level of indigenization achieved with most of the systems onboard sourced from within the country. Some of the other major indigenized systems onboard INS Kochi include the Electronic Warfare Suite, Foldable Hangar Doors, Helo Traversing System and the Ship’s Stabilizers.

INS Kochi derives her name from the vibrant Indian port city of Kochi in South India. This is a tribute to the city’s distinct maritime character and symbolizes the special bond between the Indian Navy and the city of Kochi.

The ship’s crest depicts a sword and a shield together with a Snake Boat riding on the blue and white ocean waves, which symbolize the Malabar region’s rich maritime heritage and martial traditions. The ship in the past has taken part in joint exercises with various friendly foreign Navies.

‘Al-Mohed Al-Hindi 2021’ which commenced on Monday (Aug. 9, 2021) comprises a number of shore and sea-based exercises between the two friendly Navies.

On its arrival at the Jubail port, the ship was given a warm welcome by officials of the Royal Saudi Naval Forces, Border Guards and Indian Embassy.The ship during its stay at the port will be following all laid down COVID protocols. — SG

The arrival of the ship heralds a new chapter in the bilateral defense ties with the commencement of the harbor phase of first Naval Exercise between the two countries — ‘Al-Mohed Al-Hindi 2021’. 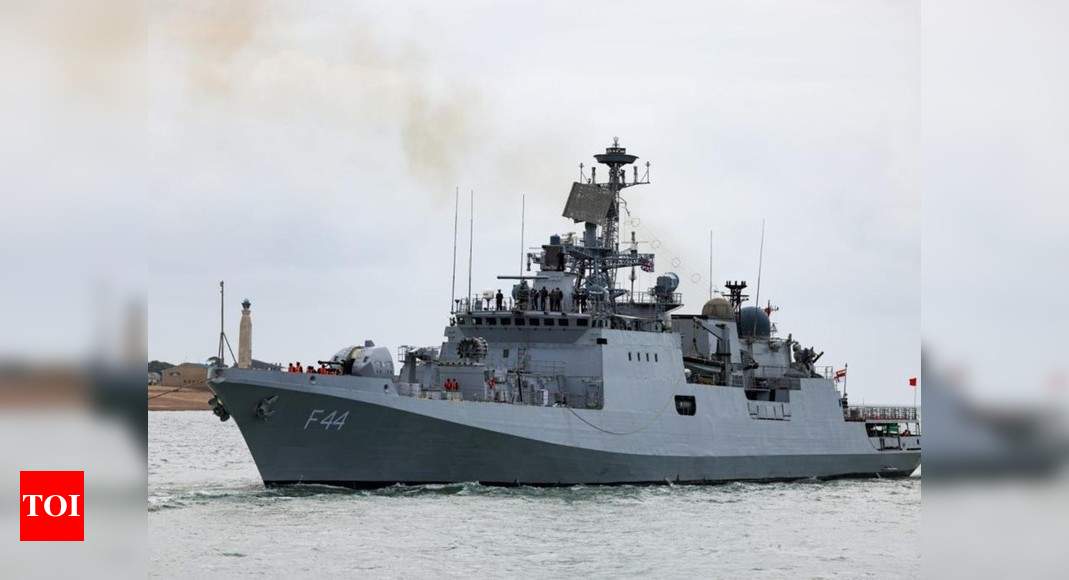 SEACAT is a multilateral exercise designed to enhance cooperation among Southeast Asian countries and provide mutual support and a common goal to address crises, contingencies, and illegal activities in the maritime domain using standardized tactics, techniques, and procedures.

“In this region, the strength of our partnerships matter and our ability and willingness to work together is paramount,” said Vice Adm. Karl Thomas, commander, U.S. 7th Fleet. “This year’s SEACAT aims to enhance our interoperability as we address our shared maritime security concerns and preserve rules-based international order.”

The exercise scenarios are designed to encourage countries to use maritime forces to enhance understanding of the operational environment, build capacity for humanitarian support missions, and uphold international laws and norms.

A maritime operations center in the International Fusion Center in Singapore will serve as a centralized hub for crisis coordination and information sharing in the tracking of contracted merchant vessels simulating suspicious vessels of interests throughout Southeast Asian seas. Countries will work with all available maritime domain awareness (MDA) tools to provide cueing and contact information to another country’s operations center and maritime patrol reconnaissance aircraft or surface assets with the stated goal of enforcing international rules, laws, and norms.

For the first time, international organizations and non-governmental organizations play a role in SEACAT by providing greater understanding of the operational environment through scenario injects designed to simulate real world situations that enhance understanding and adherence to accepted rules, laws, and norms. Participants include United Nations Office of Drugs and Crime (UNODC), EU Critical Maritime Route Wider Indian Ocean (CRIMARIO), and International Committee of the Red Cross (ICRC). Application of Women, Peace, and Security (WPS) principles ensure respect for principles that align with accepted standards for human rights and fair treatment of women. 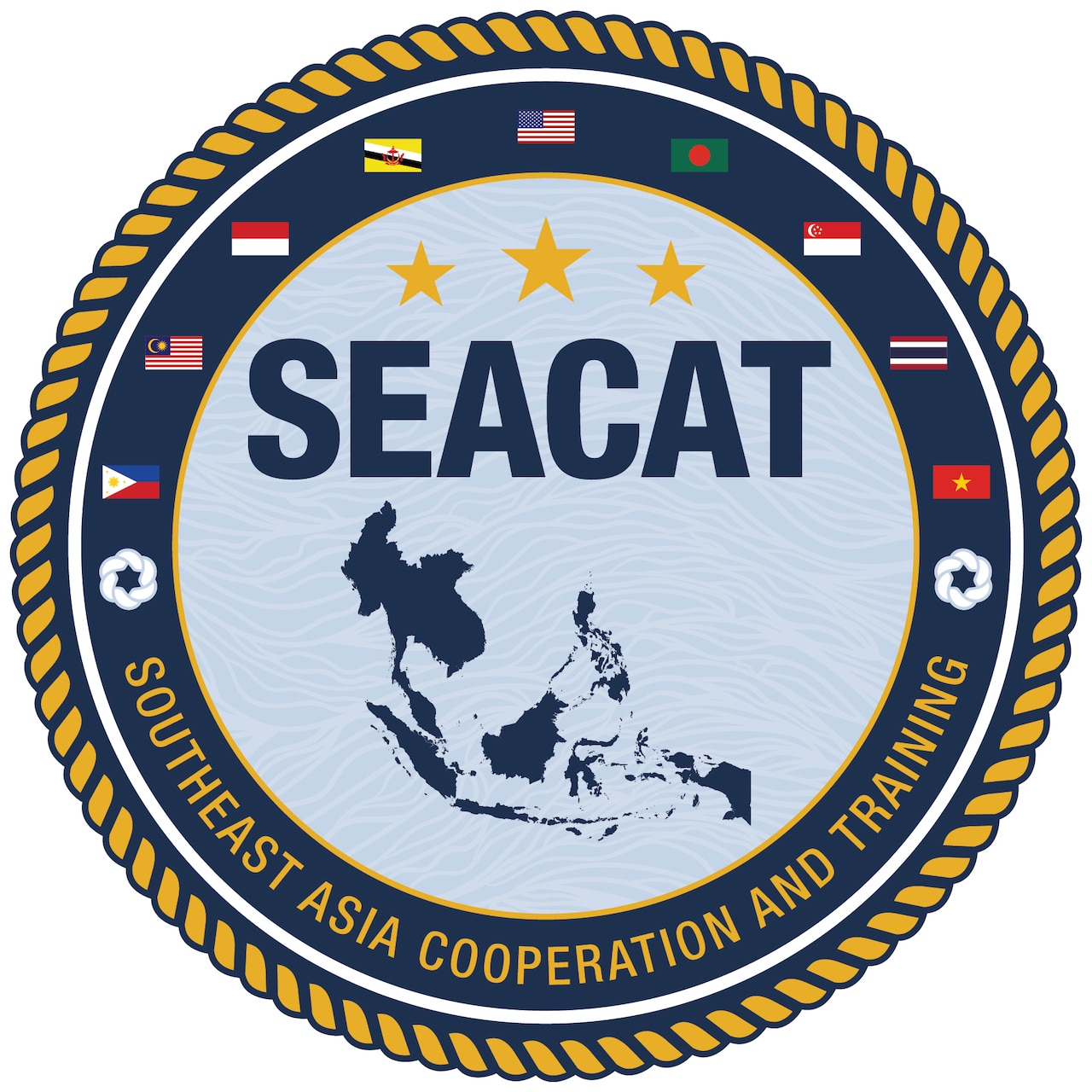