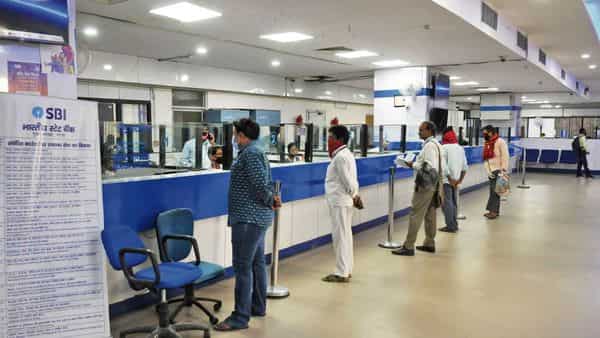 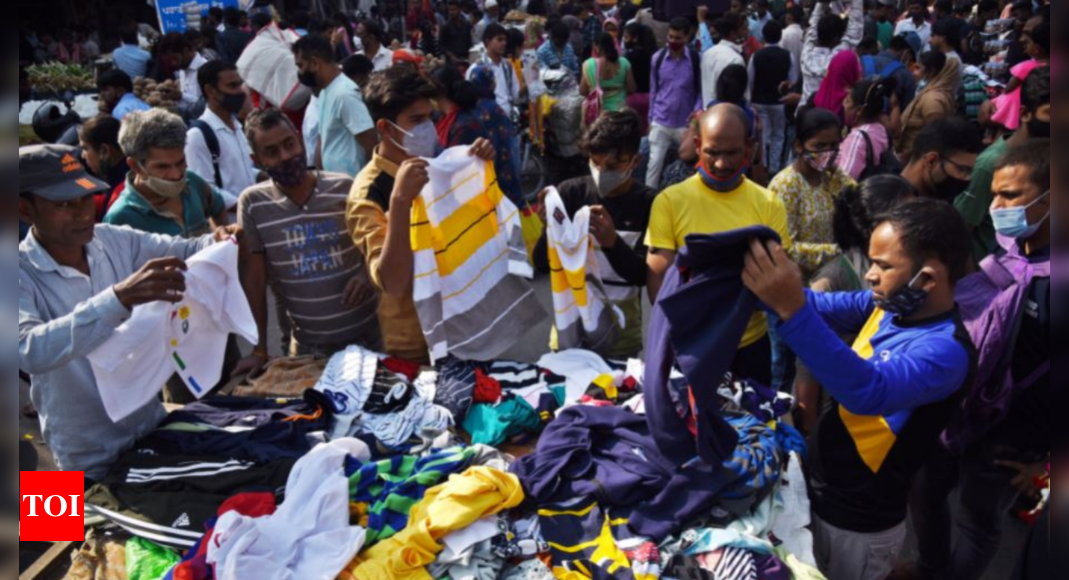 Its an old news.
J

yeah it happens just before the elections. .....
There is a long line of ppl returning back to glorious UP.........in fact Lord Ram himself was turned away as he dint not qualify for being in "Ram rajya", he was nearly charged as an "intruder".
Reactions: Tatvamasi

jetray said:
yeah it happens just before the elections. .....
There is a long line of ppl returning back to glorious UP.........in fact Lord Ram himself was turned away as he dint not qualify for being in "Ram rajya", he was nearly charged as an "intruder".
Click to expand...

jetray said:
yeah it happens just before the elections. .....
There is a long line of ppl returning back to glorious UP.........in fact Lord Ram himself was turned away as he dint not qualify for being in "Ram rajya", he was nearly charged as an "intruder".
Click to expand...

BTW We don’t follow regional or linguistic chauvinism. It’s almost nonexistent in North Indian states (except for Punjab).
So no one is called‘intruder’ or ‘outsiders’ in our states ( All Hindi speaking States included ).
It’s Dravidian construct used for political purposes.

PS: Except if by Intruder, you are referring to Kangla-doshi illegals. Then yes your right that we hate Ramadullah Islam from Dakha Slum. We don’t want any Non Indian in our states, as there are 1.7 billion of us who deserve our meagre resources much more than a “ Two Nation Hate Theory’ believer.(Amnesty can be given to persecuted minority from Neighbouring countries)

Union Minister Piyush Goyal on Sunday said India’s economy was witnessing a bounce back in every sphere, and the country is well on track to achieve historical highs in goods and services exports.

Goyal said India is on course to achieve USD 400 billion of merchandise exports in the current financial year ending March.

“Also, on the services (exports) side, we are well on track to go up to a USD 150 billion. So, collectively we are on track for historic goods and services exports,” he said.

Inaugurating the India International Trade Fair (IITF) here, the commerce and industry minister said the country witnessed the “highest ever” FDI inflow of USD 27 billion in the first four months this fiscal, a 62 per cent jump over the same period last year.

Asserting that the world takes India as a trusted global partner in maintaining global supply chains, Goyal said despite the lockdown, India did not default on any service support to the global community.

The minister also highlighted that the government is implementing the largest vaccination drive in the world, having administered more than 110 crore doses.

He said 500 crore vaccine doses will be produced next year and 5 or 6 vaccines will be made in India, including the world’s first nasal vaccine and first DNA vaccine.

“India will provide vaccine security and make the world a safer place. India will ensure that every part of the world gets equitable vaccine to get safe,” Goyal said.

The minister said India can become the world’s hub of industry and services.

The Indian industry can soar to new heights on quality, competitiveness and economies of scale. IITF will help realise the goal of ‘Local goes Global’ and ‘Make in India for the World’, he said.

He also observed that the India Exhibition and Convention Center being developed at Pragati Maidan will be among the best in the world and will attract a lot of attention, and huge trade fairs coming up in the years to come.

Referring to GST collections for October at Rs 1.3 lakh crore, he said this truly shows how quickly the economy is coming back towards normalcy.

Every statistic — whether it is registration of employment, EPFO or ESIC — are suggestive of rapid economic growth, the minister said.

The minister said that better infrastructure, demand for good development and diversity in growth will become the pivot of economic resurgence. 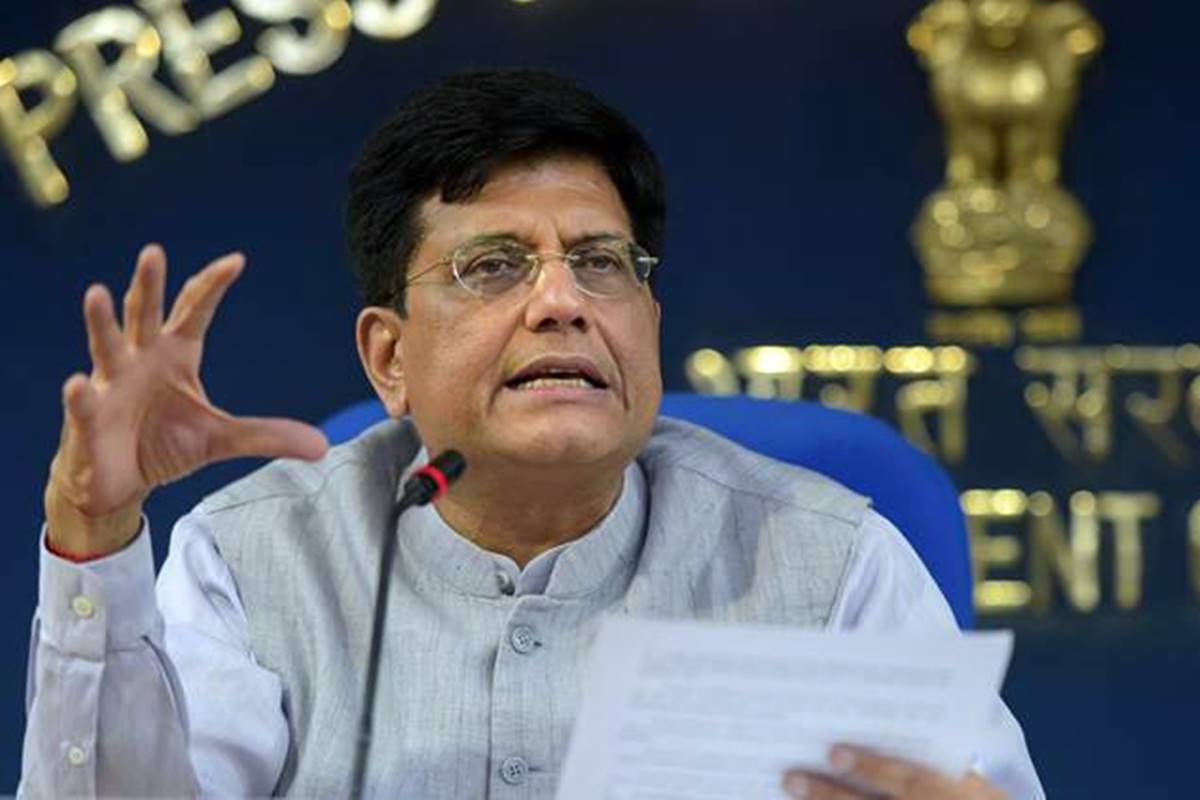 "India will provide vaccine security and make the world a safer place. India will ensure that every part of the world gets equitable vaccine to get safe," Goyal said. 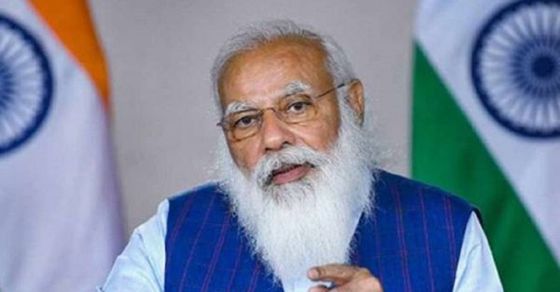 The launch comes as a move to open up India's sovereign bond market to individual buyers as it seeks to widen the investor base to fund the government’s massive borrowing programme. 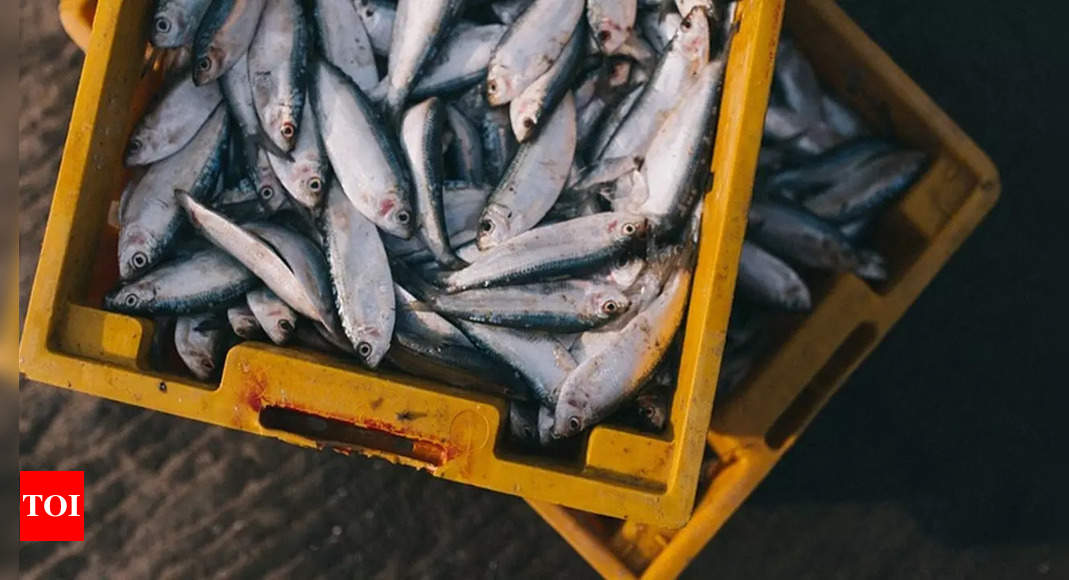 India Business News: NEW DELHI: India has rejected the latest draft for an agreement to lower fisheries subsidy at the World Trade Organization (WTO), arguing that it did . 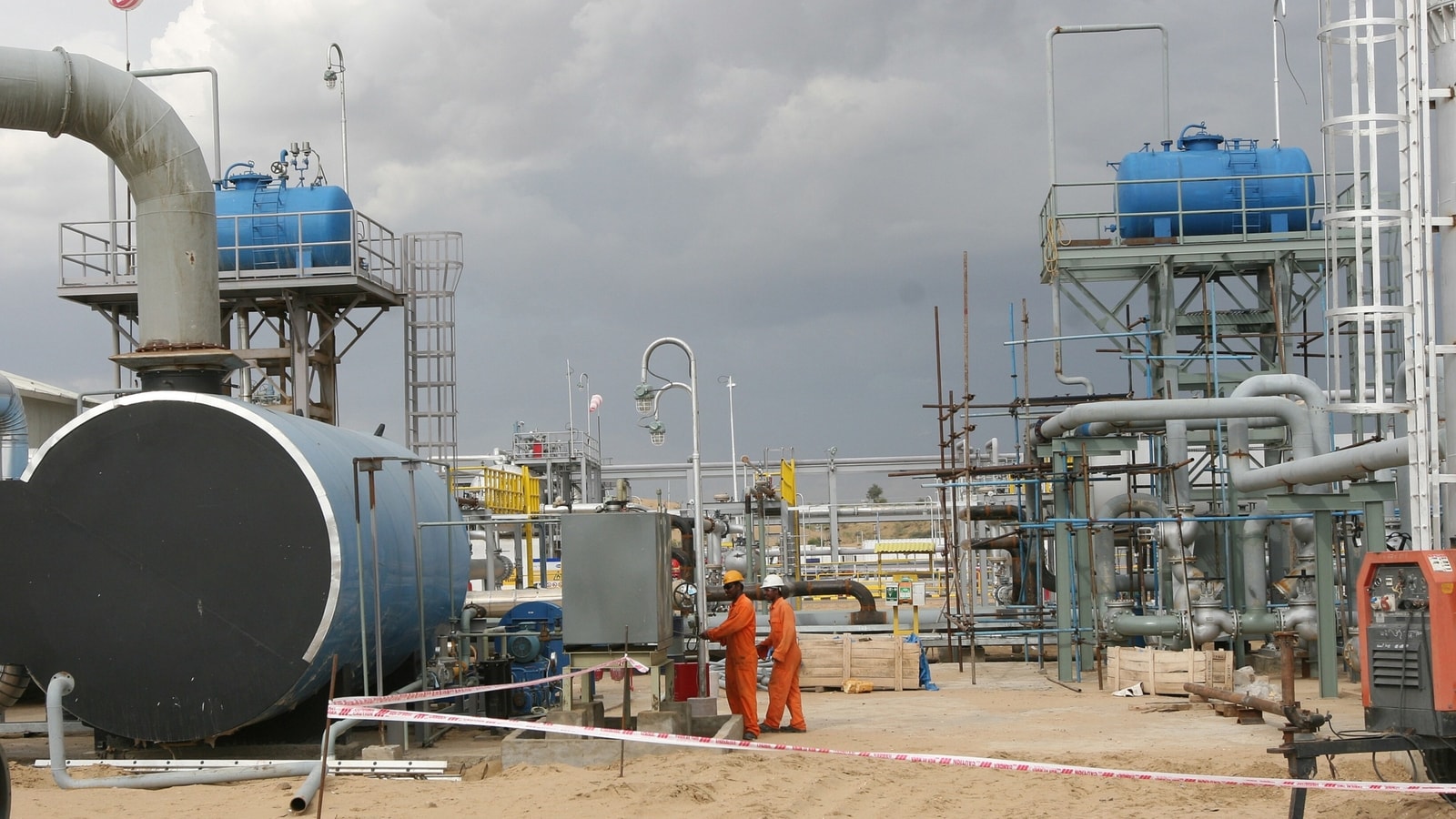 Following the issuance of Form-II, Cairn will now start withdrawing all cases in international courts.

India, the world’s largest recipient of remittances, received $87 billion in 2021 with the United States being the biggest source, accounting for over 20 per cent of these funds, according to the World Bank.
India is followed by China, Mexico, the Philippines, and Egypt, the Washington-based global lender said in its report released on Wednesday.
In India, remittances are projected to grow three per cent in 2022 to $ 89.6 billion, reflecting a drop in overall migrant stock, as a large proportion of returnees from the Arab countries await return, it said.

“Flows to India (the world’s largest recipient of remittances) are expected to reach $ 87 billion, a gain of 4.6 per cent — with the severity of COVID-19 caseloads and deaths during the second quarter (well above the global average) playing a prominent role in drawing altruistic flows (including for the purchase of oxygen tanks) to the country,” the World Bank report stated.

Remittances to low- and middle-income countries are projected to have grown a strong 7.3 per cent to reach $589 billion in 2021, the bank said.
This return to growth is more robust than earlier estimates and follows the resilience of flows in 2020 when remittances declined by only 1.7 per cent despite a severe global recession due to COVID-19, according to estimates from the World Bank’s Migration and Development Brief.
“Remittance flows from migrants have greatly complemented government cash transfer programs to support families suffering economic hardships during the COVID-19 crisis.

“Facilitating the flow of remittances to provide relief to strained household budgets should be a key component of government policies to support a global recovery from the pandemic,” said Michal Rutkowski, World Bank Global Director for Social Protection and Jobs.

India had received over $ 83 billion in remittances in 2020. 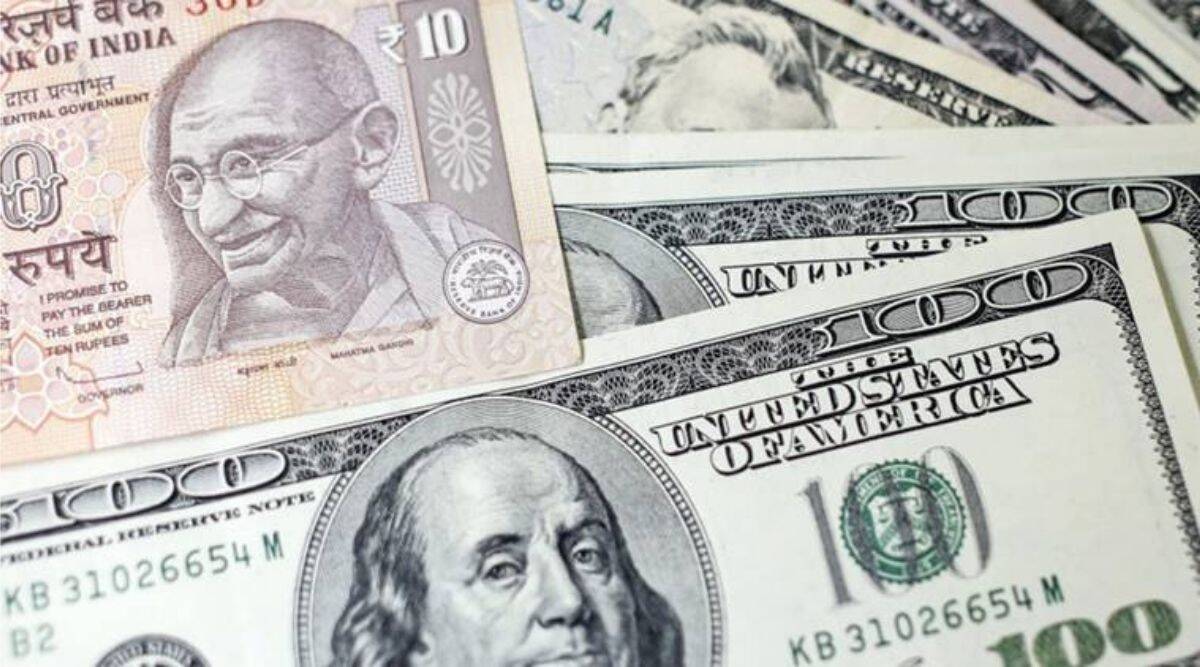 Remittances to low and middle income countries are projected to have grown a strong 7.3 per cent to reach $589 billion in 2021, the bank said.

Ambani vs Amazon vs local distributor
I think 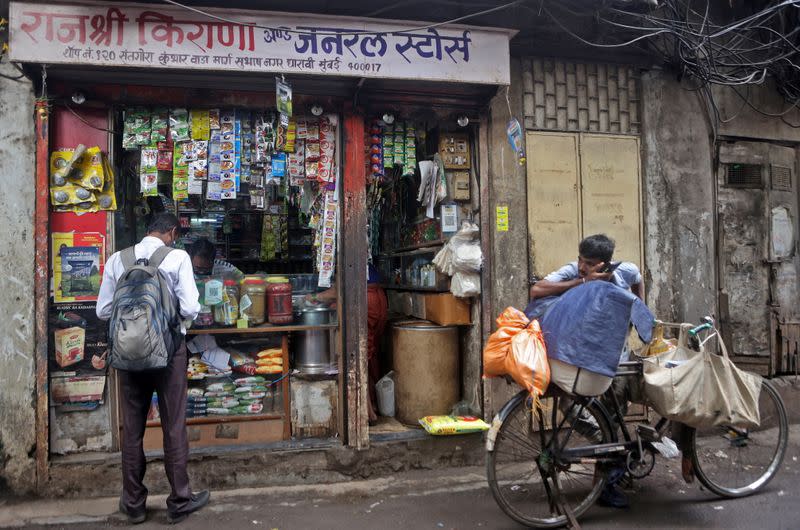 For eight straight days, household goods salesman Vipresh Shah has failed to sell a single pack of Dettol soap to the storekeepers who have been buying from him ever since he took over his family business as a teenager, 14 years ago. Shah is an official distributor for Britain's Reckitt...