The Myth of Indian Strategic Restraint

India would be a south western power, says Jaishankar 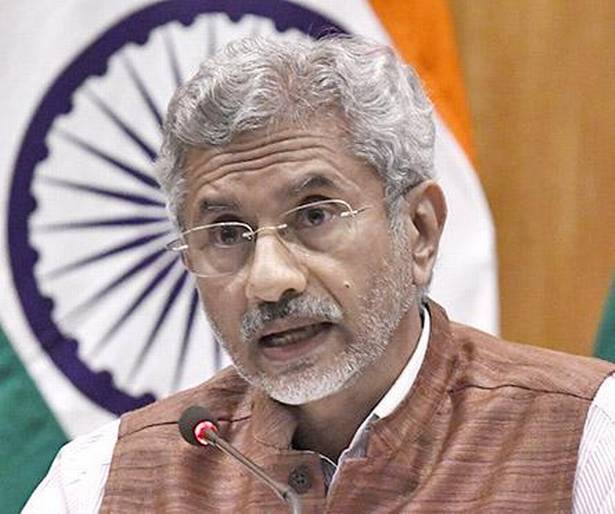 With India emerging as a powerful nation on the global stage and experts and analysts probing which way it would tilt, External Affairs Minister S Jaishankar on Thursday said the largest democracy would be a blend of the west and the developed world.

“There’s often the question asked whether India, these are not my words, would be an Eastern power or a Western power, meaning would it be democratic or would it not be democratic? I think by now in 70 years, at least that question is answered, he said. “But I would also suggest to you that it would be a southern power, that it would be a power with very strong bonding with the developed world, which would enjoy as it goes up in the international order, the degree of trust and confidence of other developing states,” he added.

“And that would be reflected in our own activities and commitments to those states,” he said in response to a question during his appearance at The Heritage Foundation. This bounding can be seen in India’s development assistant commitments and disaster relief responses, he said.

“You can see that in our Africa story, which is not written about very much. So I kind of think it would be a south western power. This to my mind would be sort of where is the world and where is India in its mindset at this time,” he said. In his remarks, the Minister said that nationalism is an “X factor” in international relations today and cautioned that it means different things to different people.

“Here is the difference, nationalism has a certain connotation in Europe, which is not necessarily positive, but I think in Asia, nationalism is seen very much as a sort of natural corollary to economic progress, almost like you’re independent, you progress, you are prosperous and nationalism comes with all of that, he said.

He observed that nationalism in the 19th century defeated multinational empires in different parts of the world and in the 20th century, it helped to overcome colonialism. “It then was actually probably the most successful mindset against communists. It has in different parts of the world countered faith based transnational, and loyalties, he said.

It is also interestingly dealt with narrower royalties than national ones. Certainly in our part of the world, it’s been very effective in dealing with regionalism and separatists,” he added. “And today actually, when it set up as a counterpoise to globalism, it is actually, shall I say, the Westphalian construct has actually proved extraordinarily durable or over a very long time, and clearly continues to do so, the minister said.

If you have some exceptions today, I wouldn’t put them in any category -- I think India and China largely because these are civilisational states who have been dominant on the global stage and likely to assume that role more.” “You have today a lot of reactive nationalism, nationalism coming out of insecurity, out of privileges which may not be maintainable, he said, adding that you see a lot of that in Europe.

You have expressive nationalism, I mean very identity driven, which shaped each other a lot of that in the Middle East. Somewhere today, this fusion of economics, politics, culture, faith, identity, this is actually, I would argue one of the difficult issues for contemporary international relation to grapple with, he said. There is an Indian exceptionalism to this nationalism, he argued.

In a sense there is Indian exceptionalism on this issue, but actually on many other issues as well. On the one hand you have a more nationalist India, more nationalist in the sense that, not just that the people, vote a certain way or think a certain way or stronger sense of collectivism, he said. I actually have found empirically that issues which normally would have stayed with people like us, which would not have had a resonance in public, are today doing so.”

“There is much greater interest in India, what’s happening in the world? what are the interests of India? What are the standing of India? How successful or not successful you will be? he said. So, it’s really that connect between the street and policy-making has actually become very much a sharper. But exceptionalism, because while all of this is going, actually the appetite of India for foreign affairs has grown,” he said.

“That’s quite remarkable because it’s pretty much contrary to what you see in many other parts of the world, he added. It’s not unique, by the way, he noted.

India would be a south western power, says Jaishankar

More to do with BJP than India.

randomradio said:
More to do with BJP than India.
Click to expand...

I do hope it becomes the standard.

Gautam said:
I do hope it becomes the standard.
Click to expand...

Not a chance under the Gandhi family. Too many skeletons in the closet, they are easily blackmailed.

As always, Dr Ed Luttwak is a pleasure to hear for his sometimes radical views & a completely antithetical position he takes to Kissinger's doctrine on China - the prevailing view in Washington up until Trump rocked the boat followed by how the Wuhan virus forever altered those views.
Reactions: Ashwin
Show hidden low quality content
You must log in or register to reply here.
Share:
Facebook Twitter Reddit WhatsApp Email Share Link
Top Bottom