Economy of Europe : Updates and Discussions 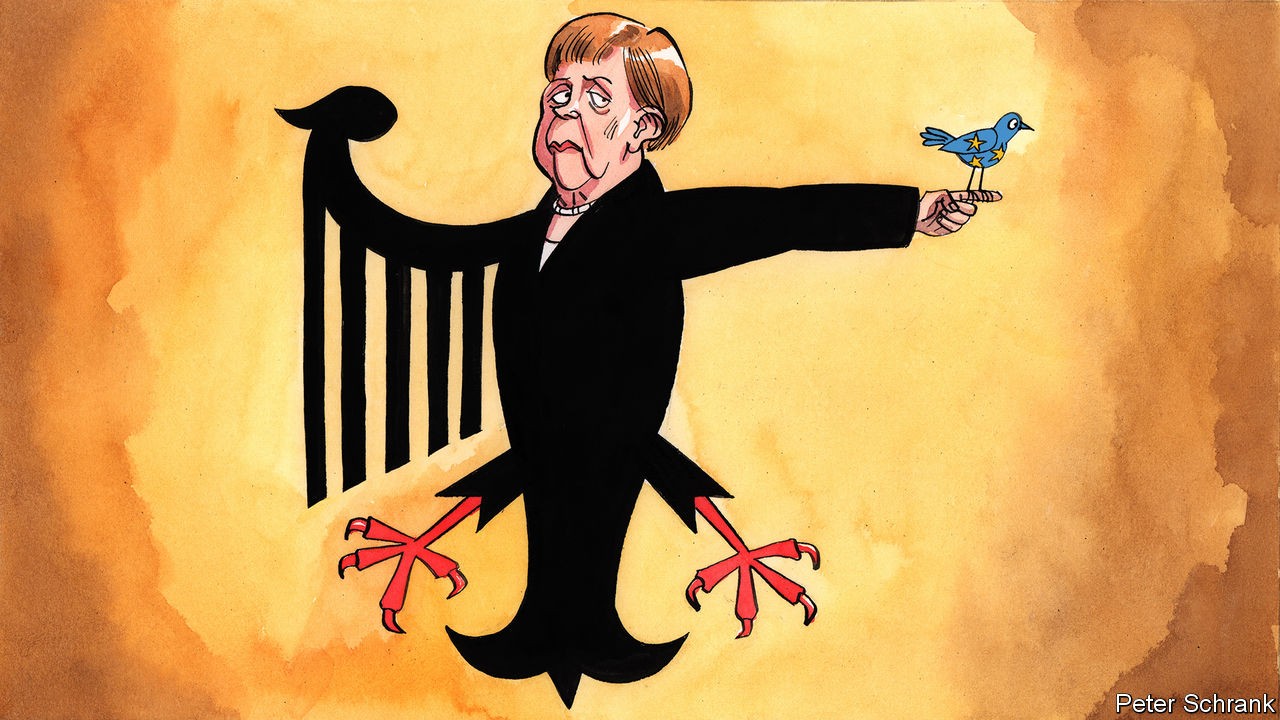 Germany is doomed to lead Europe

The EU’s biggest member is in charge, whether Germans like it or not

Germany is doomed to lead Europe

The EU’s biggest member is in charge, whether Germans like it or not

The anaemic showing of Merkel and other German politicians in the Eastern Mediterranean crisis where Turkey is threatening two EU members, Greece and Cyprus, and Germany is just kind of vaguely attempting to throw Greece under the bus so as to appease Erdogan and the huge Turkish population in Germany, is going to change that.

A true leader reveals itself during a time of crisis, when difficult decisions have to be taken to protect your people. And Germany doesn't have the capacity nor the desire to protect Europe. They don't care about the Greeks because they only see them as parasites.

Germany's hegemony over the EU rests on their economic strength, but the first tool of hegemony is military strength. The military strength in this case comes from America -- Germany gets to be Uncle Sam's overseer for Europe, but the real seat of power is in Washington. And America's military strength is extended to Europe through NATO, the same organization in which Turkey is a member, and which therefore cannot help Greece.

Between that and a renewal of America's isolationist tendencies under Trump, the defense of Europe by NATO and America is put under question. And if the nations of Europe cannot count on America to help them, who can they can rely upon? Certainly not Germany.
Reactions: Picdelamirand-oil

_Anonymous_ said:
It seems as though Merkel is wearing the pants here. I wonder what's Macron wearing then, Paddy. @BMD
Click to expand...

Usually he wears his ar5e as a hat, and I suspect that here is no different. This is the problem with the EU, it is all trade deal, trade deal, trade deal, it has no political direction, nor even a compass.
Show hidden low quality content
You must log in or register to reply here.
Share:
Facebook Twitter Reddit WhatsApp Email Share Link
Top Bottom